As we pass the halfway point of 2020, welcome to July’s edition of cycle campaigning news – which has been held back slightly to make sure we can include updates on the Westminster Government’s new cycling and walking plan for England, announced last week.

The plan includes a voucher scheme for cycle repairs (Scotland has also launched its own repair scheme), as well as new design guidance for cycling infrastructure in England and Northern Ireland and, following years of campaigning by Cycling UK and others, a review of the Highway Code. This includes a number of proposed changes which could make cycling safer throughout Great Britain.

Meanwhile, as the roads get busier, the impetus grows on local authorities to make sure those people who started cycling in lockdown are provided with safe space to continue doing so. In England, we saw councils with ambitious plans rewarded with funding for 'pop-up' bike lanes and, in Wales, the Senedd has taken a big step forward towards default 20mph limits for residential roads.

A safer Highway Code for cyclists?

After years of campaigning by Cycling UK, the Government has announced a review of the Highway Code – specifically looking to make the roads safer for ‘vulnerable road users’, including people cycling. We've been closely involved in developing the proposed changes that, if adopted, would see the inclusion of a 'Hierarchy of Users/Responsibility', new rules on junction priority, and minimum safe passing distancing for overtaking cyclists.

Cycling UK has highlighted 10 key changes which would help make cycling significantly safer, but it’s vital the Department for Transport sees there is widespread support and puts the changes into the Code. Please support our campaign and share our film explaining why the new rules on junction priority would make the roads safer.

Will government plans trigger a new era of cycling?

Alongside the Highway Code review, the Westminster Government has also set out a bold vision to create a ‘golden age of cycling’. Cycling UK director Matt Mallinder has welcomed the proposals and highlighted what they mean in practice, while flagging up the need for more funding if the ambition is to be realised.

We’re currently examining the new English and Northern Irish design guidance in detail and will be highlighting the key changes in due course. 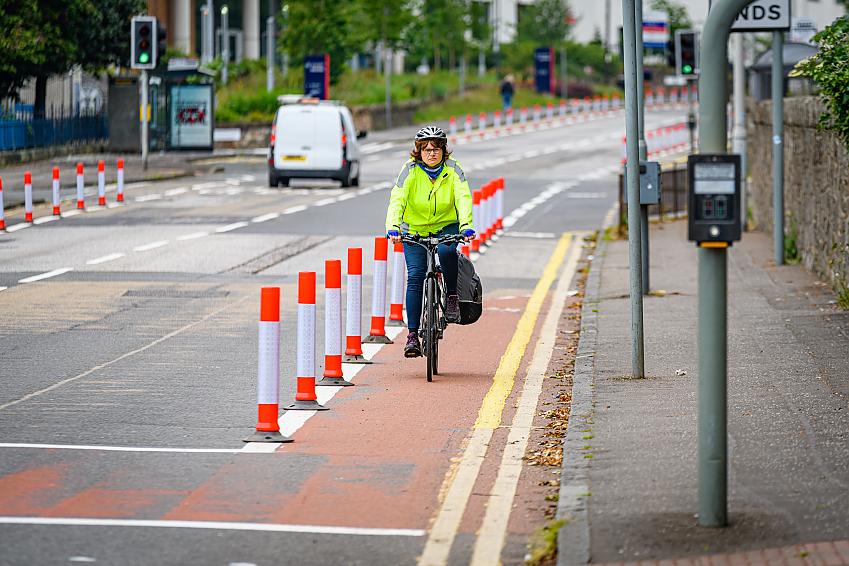 The first round of funding from the EATF saw some ambitious councils, including Lancashire, Dorset and Leicester, receive up to 112% of their provisional allocation, while others received as little as 25%. You can see how well your council performed and the details of each council’s bid on this map.

The second round of funding, representing 80% of the total fund, closes for applications on Thursday. 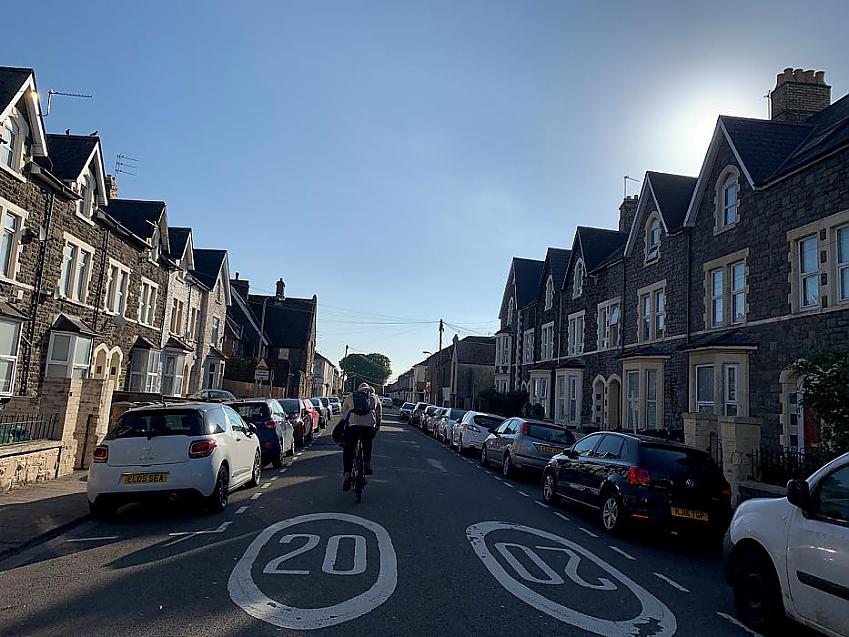 A 20mph zone in Cardiff

The Senedd has voted in favour of default 20mph speed limits on residential roads by 2023, following the final report of the Welsh 20mph Task Force Group, to help lower speeds and reduce the severity of collisions. So far, calls for a similar change in other parts of the UK have been rejected, but the Senedd’s move could help put pressure on other national parliaments and governments to reconsider.

The report, by Sustrans and Arup, has highlighted deep inequalities in access to cycling, finding that 55% of people from ethnic minority groups who do not currently cycle would like to start, compared to 37% of white people. It also includes a number of key recommendations to break down barriers and tackle this inequality. 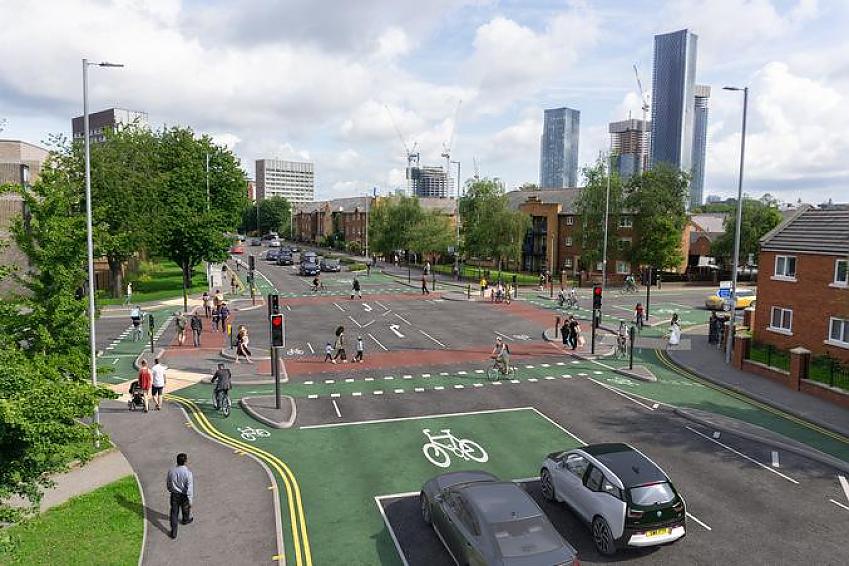 The junction mimics a common style used in The Netherlands, and could help improve crossings for walking and cycling, and shorten wait times for drivers. Although the junction looks complex compared to traditional UK junctions, it provides added space for pedestrians to wait before crossing and provides protection to cyclists, while it is designed to be intuitive to use. If successful, it could be the first of many.

The changes come as Sustrans, which operate the network, looks to ensure all National Cycle Network routes meet a minimum safety standard. However, the removed sections won’t be going away completely, instead they will be reclassified as routes for experienced cyclists. This will allow less confident cyclists to easily identify routes which they can use to grow their experience, while others can still take on classic routes such as the Coast to Coast.

After the lockdown triggered some big local booms in cycling, Cycling UK's Jim Densham discuses the chicken and egg question of cycling infrastructure investment - build first, and hope it's followed by more poeple cycling, or get people cycling first and then create more space as the numbers grow? 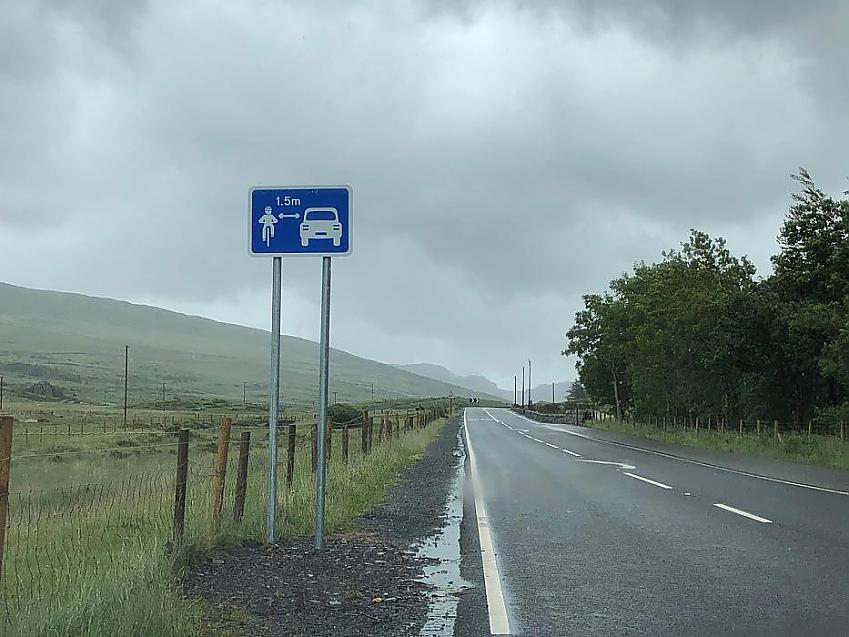 Following Cycling UK’s Too Close For Comfort campaign, we’re increasingly seeing police forces and local authorities develop their own measures to tackle close passing. The new signs were developed by GoSafe Wales and, if successful, will be replicated throughout Wales. This could then pave the way for similar signage throughout the UK, especially if the proposed changes for minimum safe passing distances in the Highway Code are adopted.

Cycling UK calls for the Welsh Active Travel Act Guidance to clearly state a need to halt and reversing the growth of motor traffic.

Responding to a Welsh Government consultation, Cycling UK set out a number of key changes, including clarity on the role the Act will have in reducing road traffic, a higher bar for design standards, and amongst other things, improved guidance on integration with wider policies and plans, such as new housing developments and planned highway maintenance.