We’ve petitioned once, and now we’ve petitioned twice. Why not turn a major infrastructure project like HS2 into the finest example of cycle-friendliness ever, we ask? See 'Headlines' for more on the case we've just made to a committee of MPs.

Two new road safety improvements are assured, though: the launch of a one-stop portal for sending in footage of dangerous driving to police forces; and a pilot scheme to train driving instructors in cycle awareness. (Headlines).

There’s also good reason to believe that the Government's ear is sympathetic to our arguments for excluding vulnerable road users from plans to raise the small claims limit. (Other stories).

These, and other road safety-related measures (many of which are covered in a new, 384-page review document commissioned by the Department for Transport), might help build on the 3% increase in GB cycle traffic we saw in 2017 compared to 2016.

That's what 'Moving the Nation', a vision from an alliance of active travel organisations including Cycling UK, is all about, as are Manchester's plans for 'Beelines' and Suffolk's decision to back a strategic cycle network.

Let's hope that all of this starts making inroads into the British public's attitude to cycling: sadly for the nation's health, two thirds keep saying, year after year, that it's "too dangerous" (Other stories).

Find out what else is in this issue.

Unless we receive legal assurances to the contrary, cycle safety could be seriously compromised not only during the construction of the massive rail project HS2, but also from the infrastructure itself.

This is a very real fear given that Cycling UK believes that HS2 Ltd has breached the spirit and, arguably, the letter of legally binding commitments we won for Phase 1 (London to West Midlands).

Poor design, penny-pinching – especially over tunnels and bridges – and splitting communities are causing us particular concern.

We don’t want Phase 2 to go the same way, so we’ve just presented another petition, this time to MPs sitting on the High Speed Rail (West Midlands to Crewe) Bill Select Committee.

We explained why we need official assurances on the safety of construction lorries and best practice design standards applied to all highway works associated with the project. 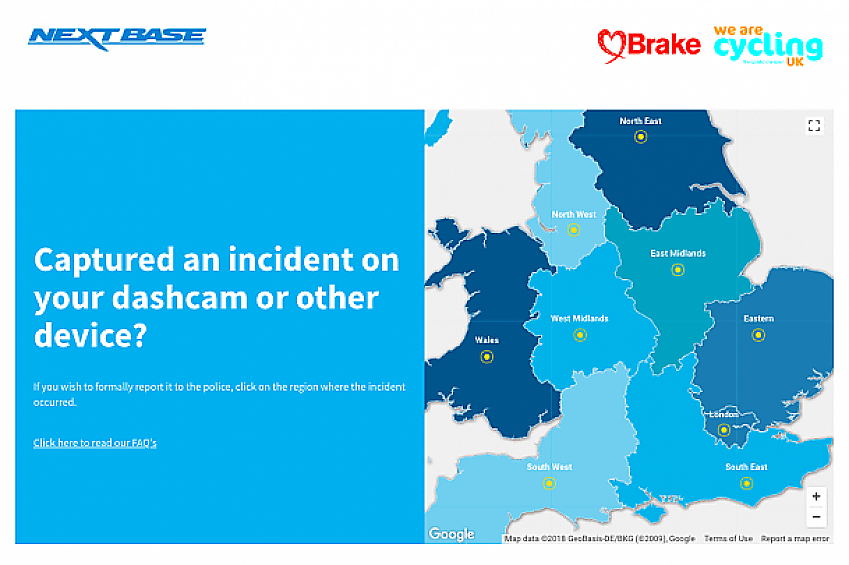 Cycling UK has supported the launch of a new nationwide platform that allows footage of dangerous driving to be uploaded directly to police forces across the UK.

A one-stop shop portal is a major advance on the array of different systems operated by individual forces. It saves the police time and resources, and makes it more likely that reports of irresponsible driving receive the attention they deserve.

Jesse Norman MP, the Minister responsible for cycling, has announced two welcome initiatives to improve the way drivers interact with cyclists. These are:

Further details of these schemes are yet to be announced.

Also, thanks to our Too Close for Comfort campaign, many police forces now have ground mats to help them explain to drivers what safe passing distances are - an idea originally inspired by West Midlands Police.

The Minister’s announcement coincided with a new partnership between Halfords and the Bikeability Trust to give 25,000 more primary school children access to safe cycling programmes.

The Scottish Government aims to cut physical inactivity in adults and teenagers by 15% by 2030, a target aligning with the World Health Organisation’s global action plan on physical activity for 2018-2030.

To do this, it says it will fund active travel (including extra investment in cycle and walking paths), support both formal sports and informal physical activity, and boost partnership working across the transport, education, health and planning sectors.

An alliance of major organisations, all dedicated to promoting active travel, has published a vision of a future where everybody in the UK can live, work and play in places that are ‘healthy, vibrant and that make walking and cycling the natural choice for short journeys’.

The alliance, made up of the Bicycle Association, Cycling UK, the Ramblers, British Cycling, Living Streets and Sustrans, has outlined five first steps it would like to see the Government take:

The funding needed turn these measures into reality has yet to be clarified.

Cycling UK has been campaigning for some time for vulnerable road users to be excluded from the Government’s plan to raise the small claims limit from £1,000 to £5,000.

This is because we estimate that around 70% of cyclists’ personal injury claims are serious enough to fall within this bracket, and small claims don’t allow for the recovery of legal costs.

We made the point to the Justice Select Committee earlier this year and they, in turn, recommended it to the Government.

In its recent response to the Committee, the Government has said it’s "sympathetic" to the argument – good news, although it hasn’t finished considering the matter quite yet. It says it: “… needs to ensure that any exemptions are justified, particularly with regard to those claimants to whom the increase will still apply.”

The Bill will come before the Commons first thing in September, so look out for more from us. 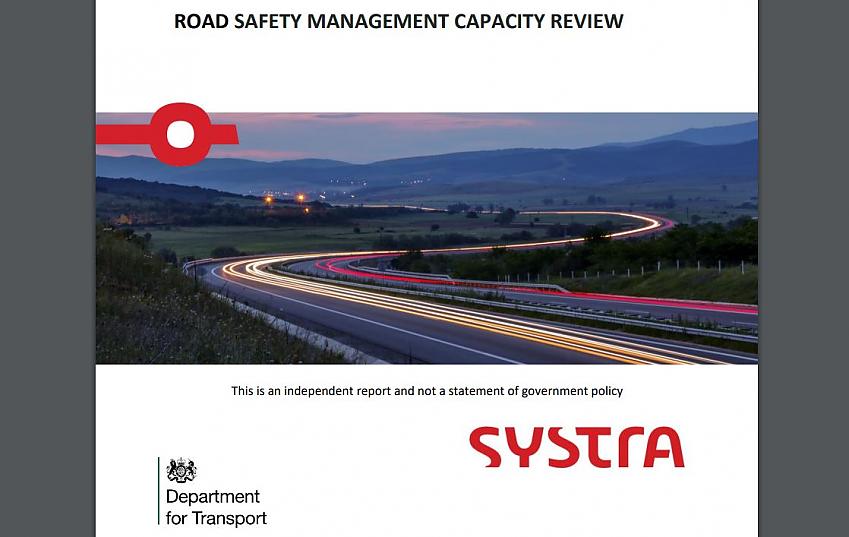 A 384-page review of road safety delivery practices in Great Britain concludes that to make a success of adopting a ‘Safe Systems’ approach and to  “… prevent the substantial avoidable tragedies experienced daily on UK roads”, we need:

Cycling UK said much the same in our response to the Government’s recent review of cycle safety.

The DfT's latest 'Public Attitudes towards Transport' (GB) suggest that there's still nothing much to persuade almost two thirds of the British population that road conditions are safe enough for cycling:

The results of the survey also found that:

GB cycle traffic up by 3% in a year

Statistics released for 2017 show that pedal cycle traffic in Great Britain crept up by around 3% over a revised estimate for 2016.

Over the last five years, we’ve seen a 4.4% increase – not much, but at least it’s something:

The latest Travel Survey for Northern Ireland shows no change in the proportion of all journeys where the main mode of travel is cycling.

Chris Boardman, Greater Manchester’s Cycling and Walking Commissioner, has unveiled bold plans for a city-region-wide cycling and walking ‘Beelines’ network. It’ll be made up of 1,000+ miles of routes, including 75 miles of Dutch-style segregated bike lanes.

All ten Greater Manchester local authorities are involved in what will be the largest joined-up system of walking and cycling routes in the UK, connecting communities, benefiting 2.7 million people and making active travel a real alternative to the car.

The Mayor of London, Transport for London (TfL) and the Metropolitan Police Service have published the capital's first 'Vision Zero' action plan.

Its main target is a 65% reduction in the number of fatal and serious road casualties by 2022, with no-one being killed on or by a bus by 2030.

Lower speed limits are a crucial component of the vision, with 20 mph planned as the new general speed limit on all TfL roads within the Congestion Charging Zone by 2020, a move intended to improve conditions for vulnerable road users.

Flurry of reports appear on transforming cities for active travel

Other councils, such as Warwickshire, Cheshire East and Portsmouth, have passed similar motions in recent months.

The downside is that Suffolk’s ruling Conservative administration rejected a second motion to allocate 5% of the council’s Integrated Transport Block funding towards it.

A protest against the closure of a vital and popular crossing over the A27 in West Sussex attracted 250 people on bikes, on foot and even on horseback.

The Sussex Pad junction in Shoreham-by-Sea provides the best, flat, high capacity crossing from the coastal strip to the South Downs National Park. If proposals for New Monks Farm are approved, however, the route would be closed and replaced with a substandard off-road path or a lengthy diversion via several signalised crossings.

Adur Planning Committee recently deferred their decision on the issue, while local campaigners, led by the Brighton and Hove Cycling Campaign Bricycles, are asking for such a controversial application to be “called in” i.e. reviewed at national level.

They continue to press for high quality provision for cyclists and other non-motorised users in all road schemes.

The 80km of cycling trails were funded by a £19,000 grant from the London Marathon Charitable Trust, and launched by Surrey MP The Rt Hon Jeremy Hunt in June.

This is despite the fact that e-bikes are a good solution for people who want to make sustainable journeys by bike, but can’t face hills or longer distances.

Not only this, they help tackle congestion, road danger and physical inactivity as well as reducing emissions – and are a fun way of doing it (as your editor has just discovered for herself – highly enthusiastic blog on the way).

The scheme now covers 100 square kilometres of the capital, making it the second largest in Europe. More than 70 million journeys have been made since it was launched in July 2010.