Now the snow is out of the way and the air is starting to smell like spring, we can look forward to more people emerging from winter hibernation and getting out on their bikes.

If we want to see last year’s bike boom continue, we need to see strong commitments from politicians to create safe and attractive spaces for cycling. This month we launch our general election campaigns in Scotland and Wales, calling on candidates to sign up to our cycling manifestos. These will soon be followed by a campaign around the local elections in England.

Sadly, some councils in England are moving in the opposite direction and tearing up popular cycle lanes. Cycling UK is taking legal action against West Sussex County Council for a knee-jerk reaction to remove a cycle lane in Shoreham-by-Sea without assessing the impacts.

Cycle lane backlash often comes down to who can shout the loudest, regardless of the evidence. We researched the common accusation that cycle lanes hinder ambulances, and not a single ambulance trust told us that was the case.

The beginning of March brings Pothole Watch week – you can get involved by reporting potholes you spot in your local area.

Our message to new governments: cycling is for everyone 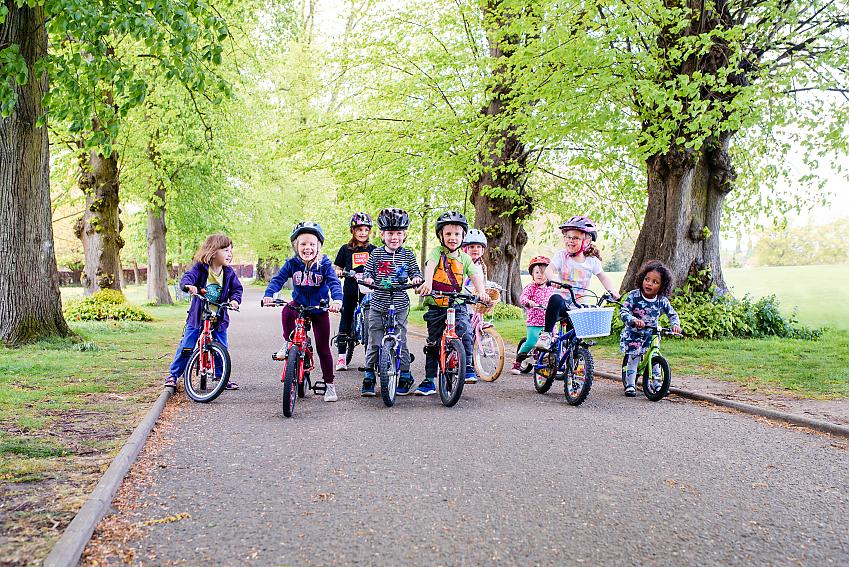 Cycling UK has launched our manifesto for cycling in the run-up to general elections in Scotland and Wales in May, aiming to secure commitment from political parties that they will work to make sure cycling truly is for everyone.

Investment to create new space for active forms of travel will improve the nation’s health, create jobs, support local economies and contribute to our recovery after the coronavirus pandemic – a theme which will predominate during this election.

If you live in Scotland or Wales, please add your name to our manifesto and share with friends and family, so we can prove to candidates that their voters care about having safe and attractive places to cycle.

Legal action against “irrational and unlawful” removal of cycle lane 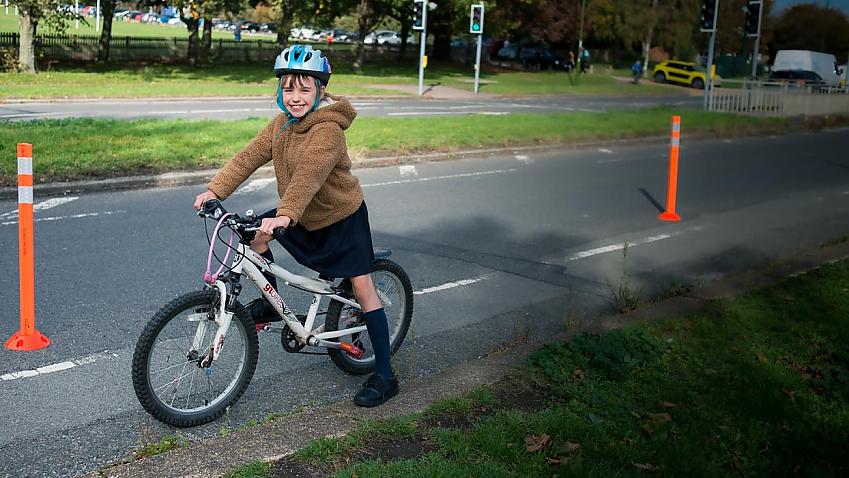 Cycling UK has confirmed it will take legal action against West Sussex County Council’s decision to remove a popular cycle lane introduced during lockdown in Shoreham-by-Sea which clocked up over 30,000 bike journeys during its short lifetime.

The cycle lane was removed after just two months in response to a small number of complaints claiming it had increased congestion, despite the council’s own data showing there had been no negative impact on journey times or increase in air pollution during that time.

The legal challenge is based on the council’s failure to carry out an equality impact assessment before making the decision to remove the cycle lane.

Myth-busting: ambulance trusts say cycle lanes are not a barrier 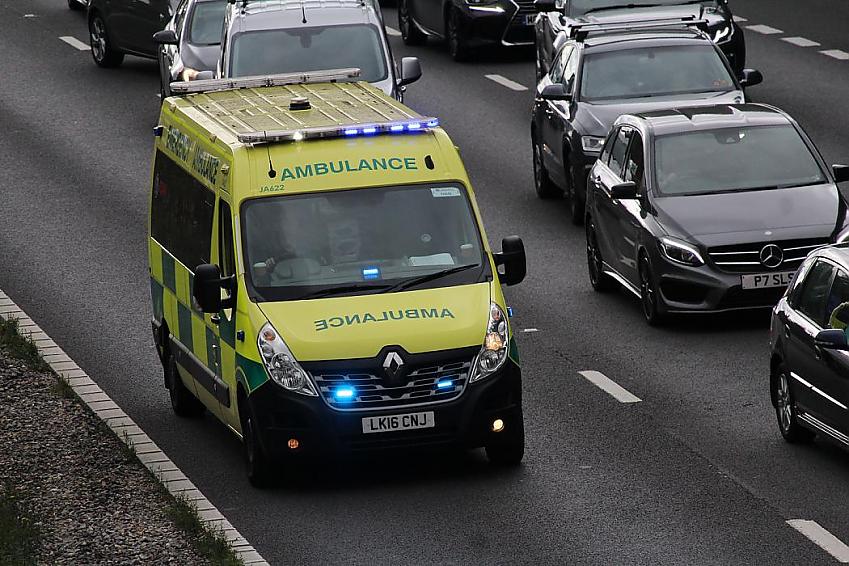 Photo by Eddie via Creative Commons

Cycling UK has found widespread support from ambulance trusts for new cycle lanes introduced across the UK during the pandemic. Despite claims by some national newspapers that the new cycle lanes had been responsible for delaying or holding up ambulances on critical blue light emergencies, research found no evidence of any cases where this had occurred. 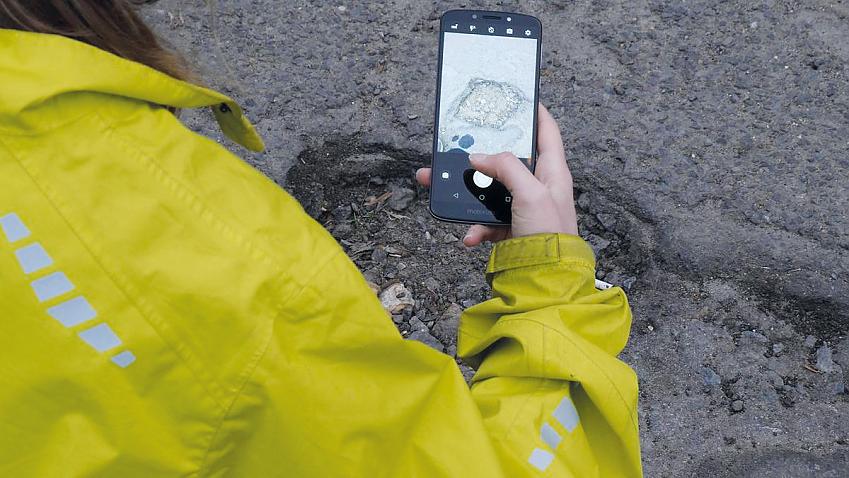 Next week (1-7 March) is Pothole Watch week, where we draw attention to the sorry state of many of our streets and the risk that potholes can pose to cyclists. We’re asking governments to focus on fixing the local roads that we all use every day, rather than spending huge sums of money building new roads. Get involved by using the Fill That Hole app or website to report potholes you spot while out for your exercise or essential journeys.

People who cycle have 84% lower CO2 emissions from daily travel

The first study of the carbon-reducing impact of city-based lifestyle changes reveals that increases in active travel significantly lower carbon footprints. Shifting to cycling and walking can save up to a quarter of personal CO2 emissions from transport.

The largest benefits from shifts from car to active travel are for business travel, followed by social and leisure trips, and commuting to work or place of study.

£1.9bn boost from cycling and walking trails in Scotland 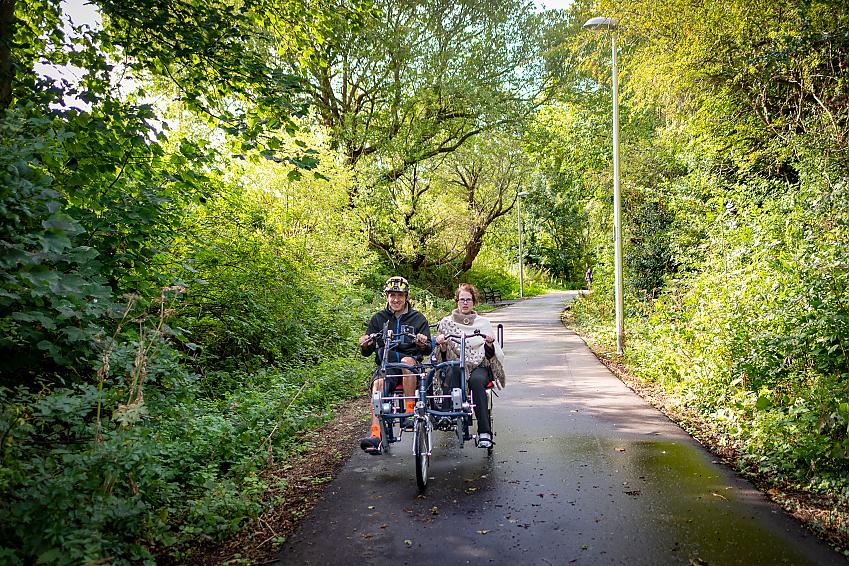 Cycle paths bring benefits for everyone. Photo by Andy Catlin

Scotland’s Walking and Cycling Network – 2019 Evaluation Report reveals the significant economic benefit of active travel routes. It shows that walkers and cyclists made 145.1 million trips on the network in 2019, spending almost £2 billion and supporting around 27,500 jobs.

There are also positive impacts on health and wellbeing, which lead to indirect economic benefits. The network is also estimated to have saved 7.1m kg of carbon dioxide emissions by replacing 19.5 million car journeys with cycling and walking trips.

In a significant shift from typical car-centric developments, new planning policy in Wales states that “sustainable transport infrastructure and services should be prioritised and put in place from the outset, before people have moved in and travel patterns have been established.”

It also requires the “use of a sustainable transport hierarchy in relation to new development, which prioritises walking, cycling and public transport ahead of private motor vehicles.” 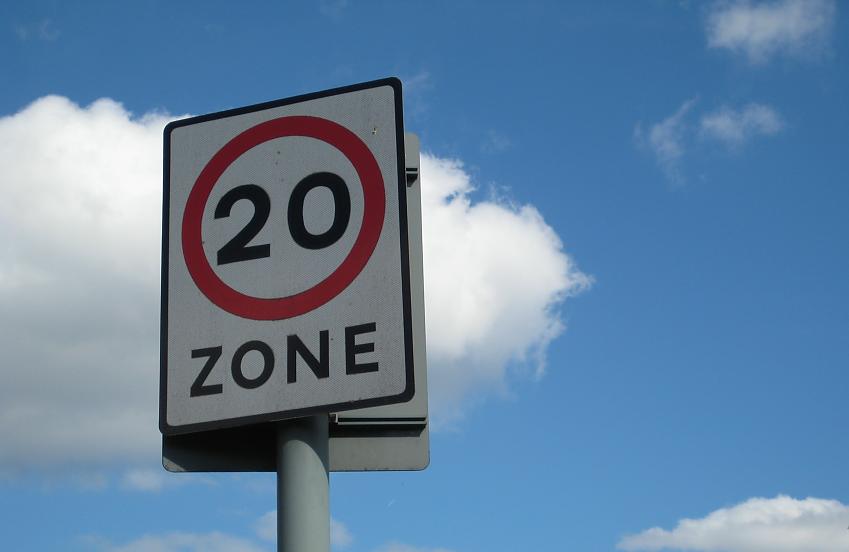 Wales’ transport minister has announced that 20mph limits will be trialled in eight areas, in advance of a national roll-out of 20mph limits in urban areas in 2023. This follows a public attitudes survey showing high levels of support for lower speed limits on residential streets.

The future of rural transport

The Government has been taking soundings on how to tackle rural transport issues. They rightly recognise that these include car dependence, lack of cycling and walking infrastructure, lack of buses, lack of local services, and so on. Yet they seem to think there’s a single simple solution: “innovation, innovation, innovation”. We’re pleased of course that this includes e-bikes. But, as our policy director Roger Geffen explains, what makes a far bigger difference is making sure people also have safe places to ride them.

The Independent Press Standards Organisation (IPSO) has ruled that an article published on 4 April 2020 claiming that cyclists were “ignoring coronavirus lockdown rules” by riding close together was in breach of the Editors' Code of Practice. The article used photographs of cyclists, taken using a telephoto lens, which gave the misleading impression that the cyclists were riding closer together than they really were.

Add your name to our election manifesto

In the run-up to general elections in Wales and Scotland in May, we need to prove to politicians that voters care about having safe and attractive places to cycle.

936 people have signed our manifesto for Scotland after just a few days - help us reach 1,000 signatures.

We've just launched our manifesto for Wales - add your name to kickstart the momentum.

1-7 March is Pothole Watch week – get involved by using Fill That Hole to report road defects you see while out for exercise or essential journeys.

Have your say on walking and cycling routes in your area

More local authorities in Wales are beginning to consult on plans for long-term walking and cycling improvements - see what your council is up to and add your views.

Cycling UK will be teaming up with walking charity Living Streets to grill candidates about their commitment to cycling and walking.

Keep an eye out for an online hustings for the Scottish election (date TBC).

This 480-page collection of articles by international experts on cycle policy and practice outlines how to make city cycling safe, practical and convenient for everyone.