It feels like there’s been a fair amount of bad news this month, with heatwaves and other extreme weather events highlighting why we urgently need to decarbonise our transport system and invest in active travel.

However, if there’s one thing which has really made me smile, it’s the brilliant ‘Our Streets’ music video. If you need a burst of positivity to remind you of the power of cycling, this wonderful video will do just that with its celebration of people power and the joy of critical mass rides – and the catchy tune will be in your head all day.

As creator Dan Abrahams says, “We need to reclaim our streets for people and planet; to change our roads to make cycling safe and easy. If you are inspired by the message of the song, take action! Get involved in your local campaigns!”

If you want to see kids on bikes taking to the streets where you live, have a look at this great guide to organising a Kidical Mass ride, written by experienced organisers.

Grant Shapps, the transport secretary for England, has been in the news this month regarding various anti-cycling comments. First, he swore to “crack down on dangerous cyclists” by introducing a new offence of causing death by dangerous cycling.

Cycling UK’s policy director Roger Geffen explains why this is the wrong solution to a problem that only arises a couple or so times per decade – and that the right solution would involve tackling a much wider problem which causes terrible distress to hundreds of seriously injured or bereaved road crash victims every year.

Ten days later, Shapps caused confusion by expressing his support for mandatory cycle registration, then later contradicting his position and saying he was “not attracted to the bureaucracy of registration plates”. Is the UK Government planning to introduce registration plates for cyclists? We investigated. 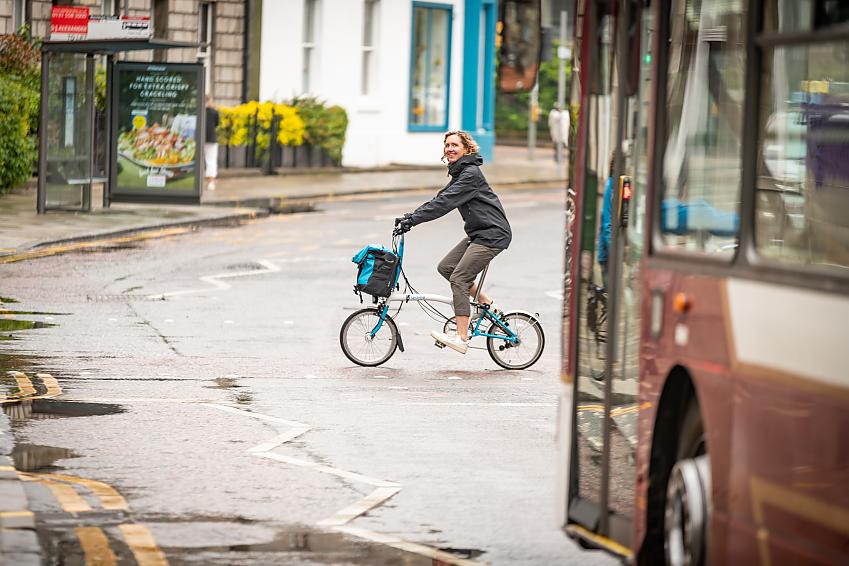 Has the Scottish Government delivered for cycling?

Has the Scottish Government kept the promises it made for cycling and sustainable transport a year ago? Cycling UK's policy manager for Scotland, Jim Densham assesses the progress made ahead of the new Programme for Government coming in September. 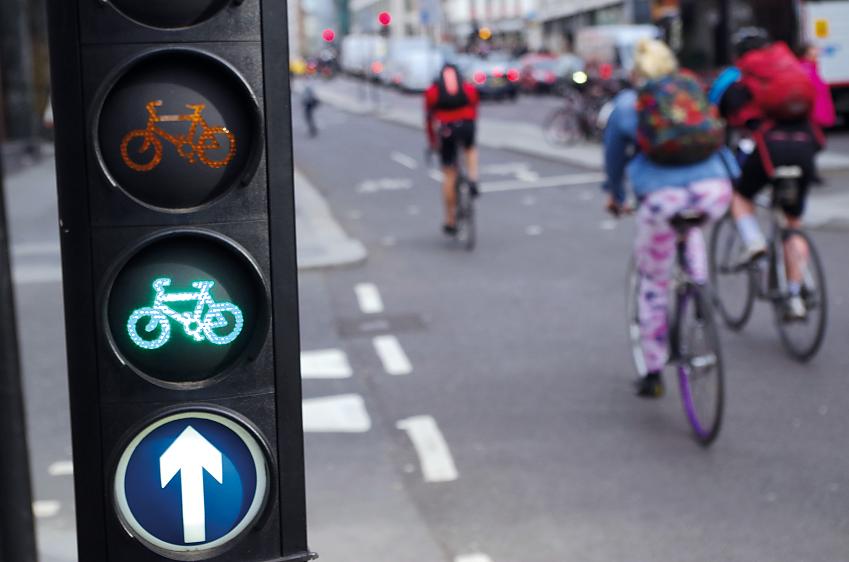 New data analysed by Cycling UK shows that more people in England are turning to cycling as the impact of record fuel prices is felt.

Compared to last year, cycling levels in England rose by 47% on weekdays and 27% on weekends in the five months to the end of July. Cycling levels were even higher than those seen at the same period in 2020, when quieter roads during the pandemic encouraged many more people out on their bikes.

The rise has been simultaneous with the hike in fuel prices, strongly suggesting people want to cycle more for many reasons, including to save money. Cycling UK is urging local authorities to act now to provide the infrastructure to make active travel a realistic option for everyone. 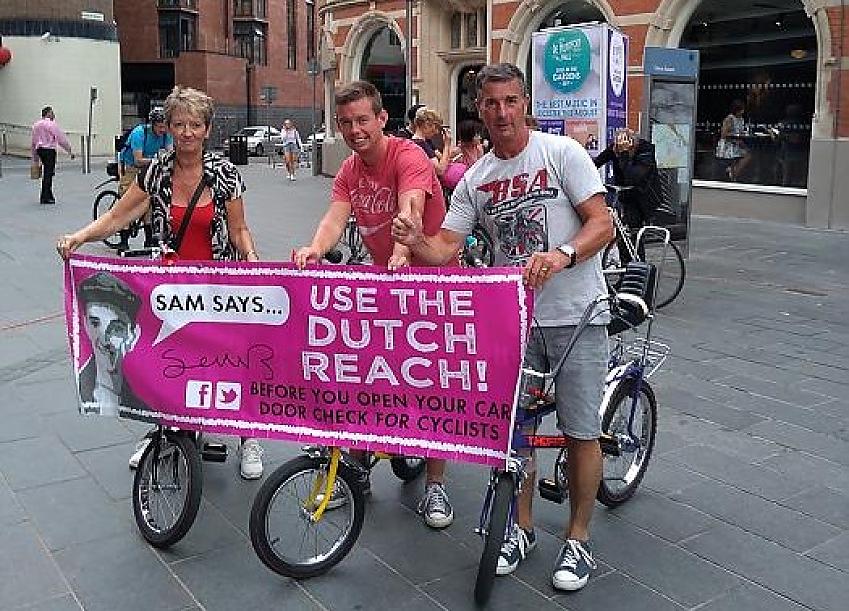 On Friday 26 August, many people including friends and family cycled around Leicester in memory of 26 year old Sam Boulton, whose tragic death in a car-dooring incident five years ago hit the news. Cycling UK's Duncan Dollimore explains how much his family did in the wake of his death to turn tragedy into something positive, and help change the Highway Code. 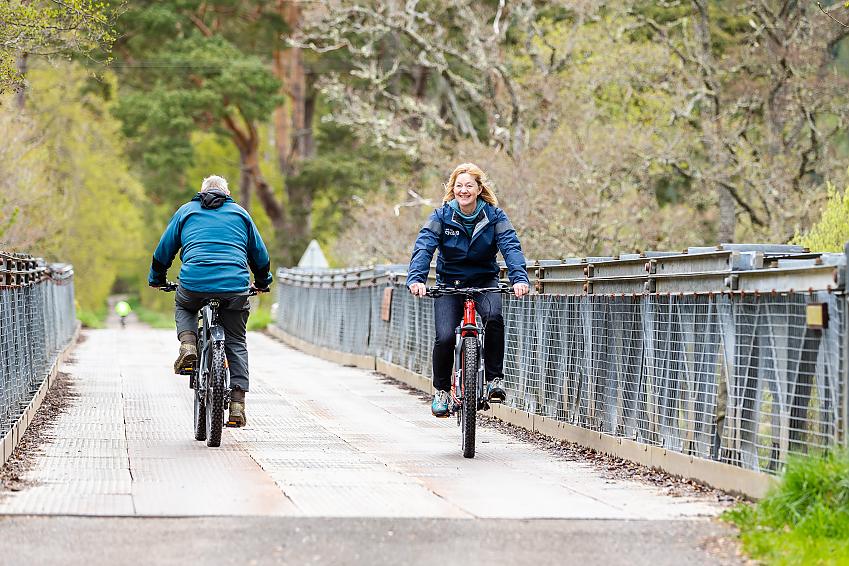 Are rural communities being left behind with active travel?

In July, Active Travel England released their strategic framework with a bold commitment for half of all journeys to be walked or cycled in towns and cities by 2030. Campaigns officer Zak Viney asks: despite all the excitement, are rural areas in danger of being ignored? 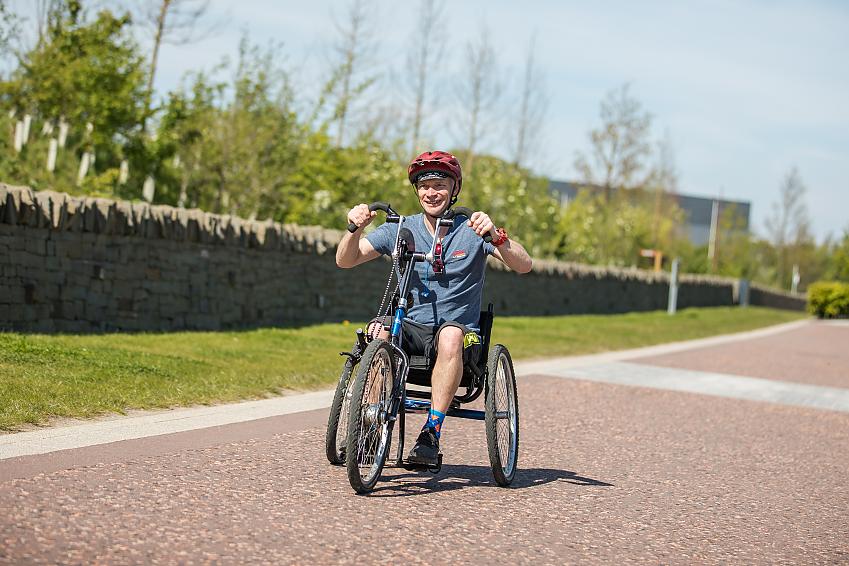 Disability and cycling – a panacea, an obstacle course, or both?

Cycling provides huge benefits to Disabled people, but says Dr Kay Inckle, campaigns and policy manager at Wheels for Wellbeing, there are still many barriers to be broken down:

“If we are serious about decarbonisation and prioritising active travel, then cycling infrastructure needs to be accessible for all types of cycles and all journeys, otherwise businesses will not switch to cargo bike delivery and parents won’t consider cycling the school run.”

However, it’s not just physical barriers that are a problem. Kay explains the various problems that Disabled cyclists can face, and simple things that you can do to improve access to cycling for Disabled people.

Dr Dafydd Trystan Davies has been re-appointed as Chair of the Welsh Active Travel Board, having been appointed initially in 2020. He has highlighted the opportunities that e-bikes bring for encouraging more people to cycle, saying:

“Expanding significantly the opportunities for people to try out an e-bike and supporting people who may not be able to afford an e-bike to buy them, would make a major difference to bike use in Wales.

“This is particularly true for rural areas where the distances between towns and villages can be longer, and there may be a hill or two to contend with.” 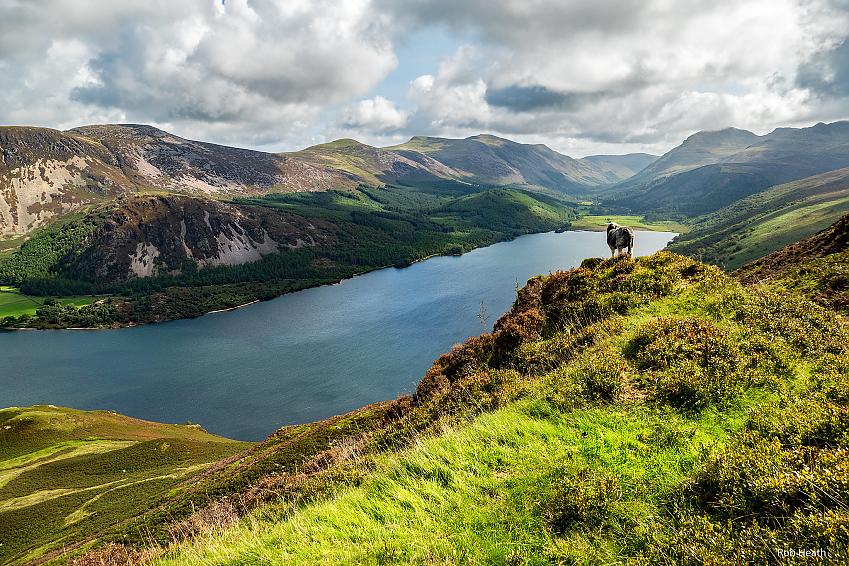 A £5.6m upgrade has been announced to create a new National Trail in northern England - but only for walkers. Cycling UK and the British Horse Society have expressed disappointment at the lack of consultation with cycling and horse riding groups to enable a wider range of people to enjoy the trail by making it a multi-user route. 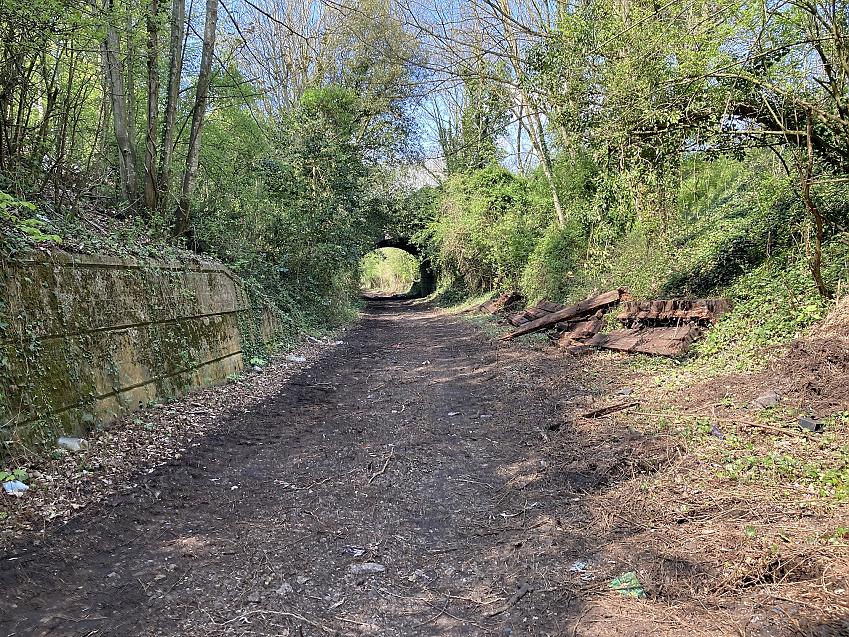 A project to turn a former railway line into a cycling and walking path is underway in Monmouthshire. The first phase of the route will run from the Cornfields Project – a community-led initiative which reclaimed local scrubland and produced a much-used green space – to Caldicot Castle Park, offering people an alternative to the existing busy road route.

Community groups, third sector organisations and charities in Lanarkshire wanting to improve the accessibility of their local path networks are eligible to apply for between £10,000 to £100,000. The Ian Findlay Path Fund supports projects that will improve usability and accessibility of paths for more people.

Department for Infrastructure commences yet another consultation on Belfast cycle lane

Cycling UK has pressed the Department for Infrastructure on the outcome of a second consultation into a trial cycle path in a much-needed part of Belfast, only to find out the department has decided to return to the area for a third consultation. The department stated that "following initial objections to the construction of Phase 1 of the pop-up Cycle Lane on the Limestone Road, the Minister has asked officials to review the scheme and initiate a new consultation process with residents, local stakeholders and local cycling campaign groups".

"We don't know what more they expect to find out from a third consultation - the first and second were very comprehensive and produced a lot of media interest, so there should be little to no residents or business owners who haven't had their views heard. It seems that the Minster and Department are unwilling to make a decision and are putting it off until the end of the interim period for ministers. This is very disappointing, leaving North Belfast, yet again, with no safe cycling infrastructure just as schools are going back after the summer break and while people are struggling to pay for fuel in their cars. We hope this delay does not become emblematic of the current and future rollout of the Belfast Bicycle Network Plan."

Transport Action Network's first ever national conference, designed to give transport, climate and countryside and nature campaigners an opportunity to get together to share ideas about active travel, public transport, fighting new roads and tackling climate change and air pollution. Find out more and book your ticket

These are opportunities for you to have a one-to-one consultation online with Cycling UK campaigns team staff. If you have a specific question you’d like to discuss, or a more general area you’d like guidance on how to proceed with then these could be for you.

Organised by road safety charity Brake, this annual awareness week is an opportunity to shout out for everyone's right to make safe and healthy journeys on safe roads. If you want to organise an event during Road Safety Week, you can sign up for an action pack of resources to help you.

Read (and be inspired by) Jill's story and then work out how you can use her proposal to the National Education Union as a starting point in your own union or professional body.

There are thousands of historical rights of way were recorded incorrectly when councils were compiling their official maps in the 1950s. However, the public’s right to ride on them still exists. It hasn’t just disappeared because they’ve been marked incorrectly on a map. Discover and recover lost rights of way near you.
Further information

Want to organise a mass ride in your town but not sure where to start? Have a look at this step-by-step guide from experienced Kidical Mass organisers in Inverness, Reading, Exeter and Bath.