We're looking forward to exploring more of the beautiful Welsh countryside after the success of the Trails for Wales campaign
Wednesday, 29 May 2019

Welcome to your third and final ‘catch-up’ special edition of Campaign News, which brings us up to date and back to normal monthly updates from next issue.

Cycling UK is celebrating a huge victory for off-road cycling in Wales, as the Welsh Government has announced it will open up access to the countryside following our Trails for Wales campaign, creating many more opportunities to explore the outdoors.

Wales is winning for on-road cycling as well, announcing an intention to bring in 20mph speed limits on residential streets. In contrast, the Scottish Government is refusing to back a bill for lower speeds, so we’ll soon be asking you to help us change their mind.

If you’ve ever taken your bike on a train you’ll know it can be a bit of a headache. There’s still time to make your voice heard in an ongoing review of rail services in Britain which finishes this Friday.

In other news, it’s a bit of a road safety special this time as MPs discuss driving disqualifications and funding for safe cycle routes, a ‘Direct Vison’ standard for lorries is introduced in London and a toolkit for introducing traffic-free ‘school streets’ has been sent out to councils across the UK.

Trails for Wales – we won!

Thousands of miles of trails should be opened up for cycling and horse riding across Wales in a landmark reform of access laws. The announcement from the Welsh Government followed four years of campaigning by Cycling UK and OpenMTB. Supporters of our Trails for Wales campaign are writing to the Welsh Government to say thank you – you can add your voice to show your support for the proposals. 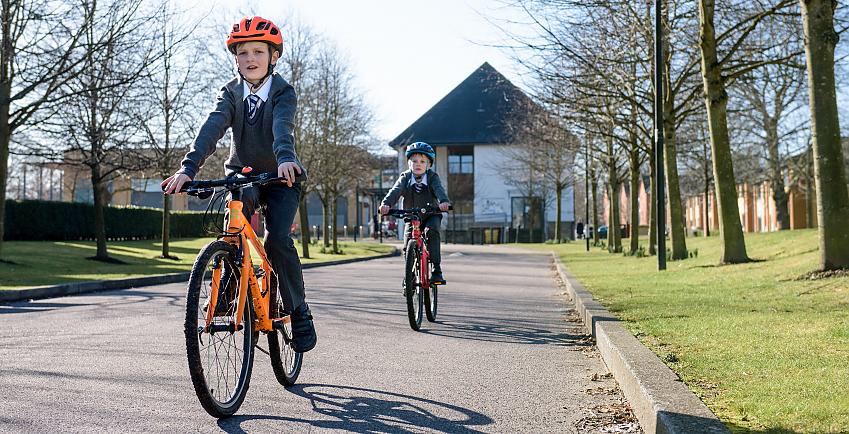 20mph streets are safe for cycling to school. Photo by Julie Skelton

First Minister Mark Drakeford has said that “the Welsh Government believe that 20mph should be the default speed limit for residential areas” to enable active travel.

Meanwhile the Scottish Government remain reluctant to implement a similar policy, despite widespread support from the public and evidence that a patchwork approach to 20mph zones has left children living in deprived urban areas more at risk.

Cycling UK is urging the Scottish Government to bring in the Safer Streets bill – and if you’re near Edinburgh there is a demonstration on Tuesday 11 June to protest about the lack of action. 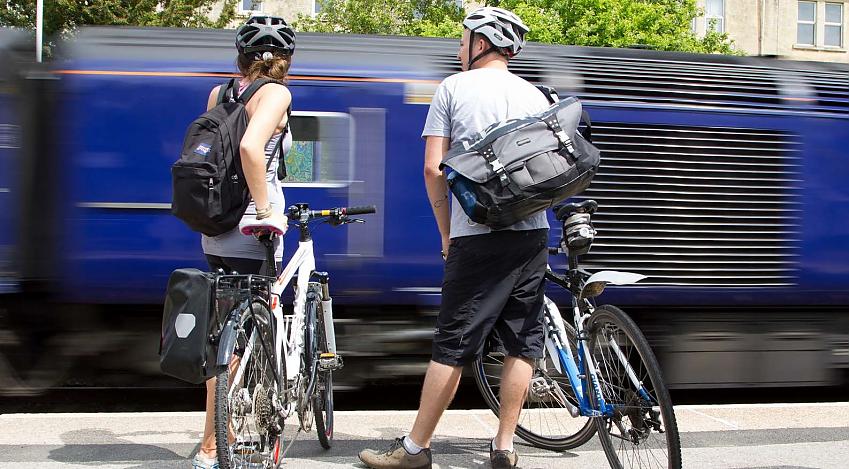 Travelling by bike and train could be made much easier

A Government-commissioned review of Britain's rail system doesn't mention taking bikes and cycles on trains or the combination of rail travel with cycling. However they do want to know about passengers' experiences, so if you have an experience of travelling with your bike on a train, there’s still time to let them know before this Friday.

Cycling UK’s close passing campaign has won an award for improving road safety. As Campaigns Officer Keir Gallagher found, the virtual reality film appeals to young people and helps them understand how to overtake cyclists safely. The Cycling UK campaigns team attended a national driving instructors’ conference where many instructors were keen to use the video with their students.

Police Scotland have also been inspired by close pass operations in England and have started their own campaign – even including a TV advert.

Could your ride data be making the roads safer? 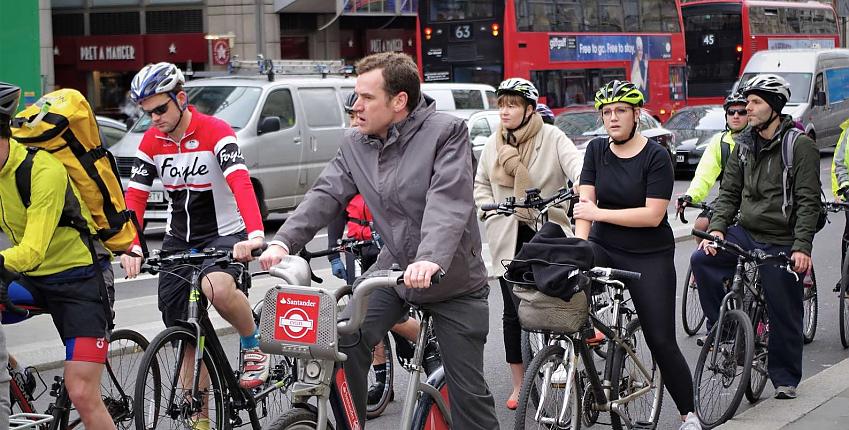 Many people use tracking apps like Strava to record their rides, whether it’s a long weekend ride or just adding up the commuting miles during the week. But did you know the aggregated data from lots of users can be used by local authorities to improve cycle facilities? Identifying the most popular routes helps councils prioritise where to focus their funds.

60% of people feel unsafe driving at 60mph on rural roads 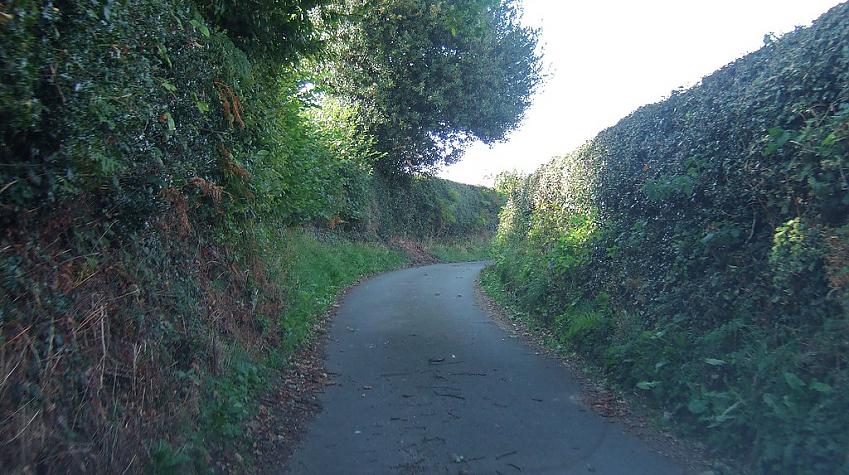 Is 60mph a safe speed for this lane? Photo by foilman via Creative Commons (cc-by-sa-2.0)

A report by road safety charity Brake has found that the majority of people surveyed feel unsafe driving at 60mph on rural roads and think the speed limit should be lower. It also revealed that while 99% consider themselves a safe driver, the majority also think it is acceptable to drive above the speed limit – suggesting that many people do not consider speeding an indication of unsafe driving. 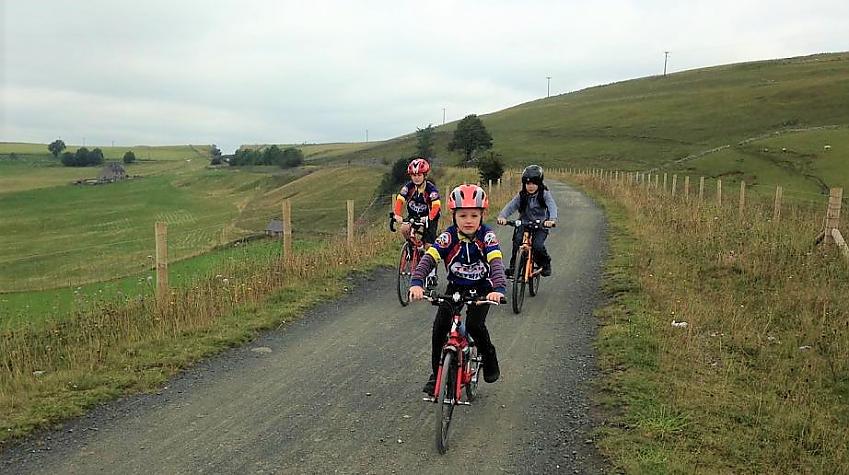 The Peak District's cycle trails are popular with all ages

The 7.4km Clowne Branch Greenway in Derbyshire is still being built, but it’s at risk from becoming a dead-end route if the HS2 line cuts across it. Campaigners have repeatedly criticised HS2 Ltd for failing to consider cycle routes and plan bridges and tunnels to accommodate them. 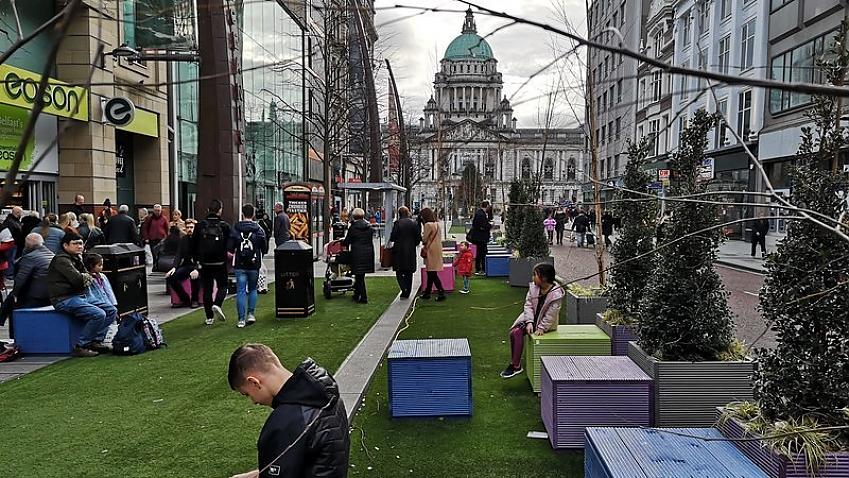 Belfast city centre is a much more relaxing place to be with no traffic. Photo by NI Greenways

A huge fire last summer caused Belfast high street to be closed off to traffic, and the pedestrianised street proved a hit with shoppers, even incorporating a pop-up play park. But this could all be lost as Belfast City Council has announced the street will be reopened to traffic. A petition has been started to keep the high street as a place for people, not vehicles.

If you live in England, you can join our campaign for people-friendly high streets here.

Are ministers finally listening to our calls for funding for cycling? 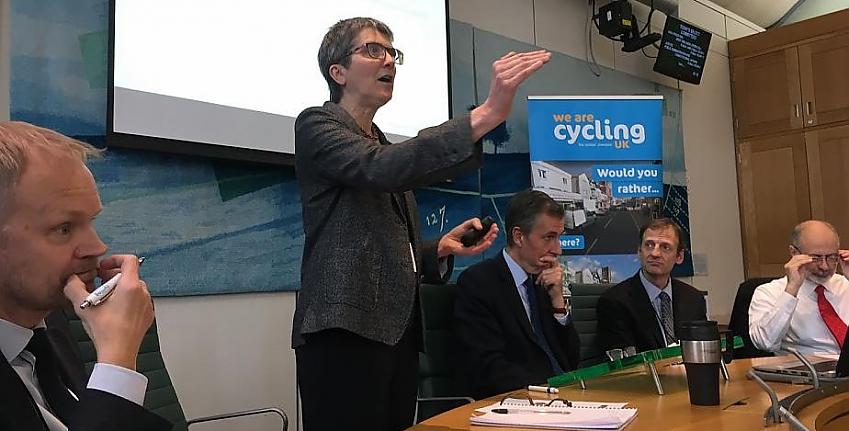 The All Party Parliamentary Cycling Group recently held a session to discuss the measures that will be needed to meet Government cycling targets in England. Cycling UK’s Roger Geffen was there to set out why more funding is a crucial ingredient – you can read more in his blog.

MP calls for greater use of driving bans 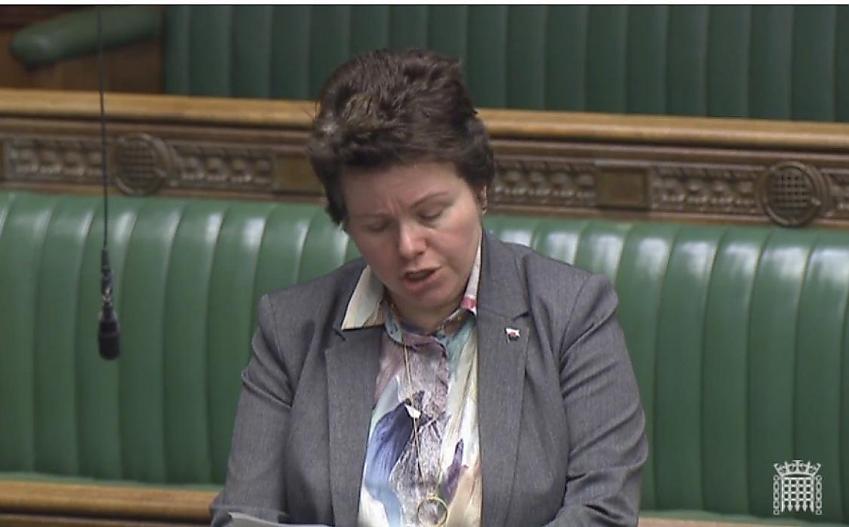 Susan Elan Jones used a parliamentary debate in Westminster to call for greater use of driving disqualifications and action to close the 'exceptional hardship' loophole, which allows convicted drivers to flout the law to avoid a driving ban: exactly what Cycling UK argued for in its consultation response to the Government’s recent Cycling and Walking Safety Review.

Road safety targets and a Vision Zero approach must be adopted across England, says RoSPA 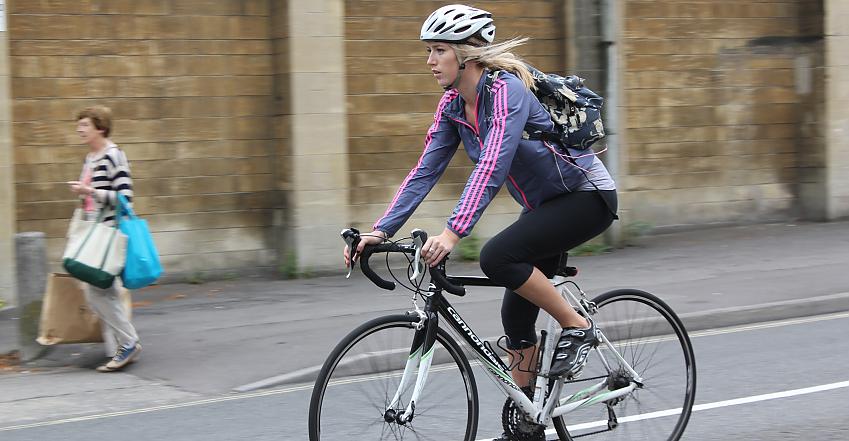 England must catch up with Scotland and Wales and introduce road safety targets, according to the Royal Society for the Prevention of Accidents. The Society also calls on the Department for Transport to adopt the ‘Vision Zero’ approach used in London across the whole of the UK: to recognise that traffic collisions are preventable and move towards a goal of no casualties or serious injuries on the roads. 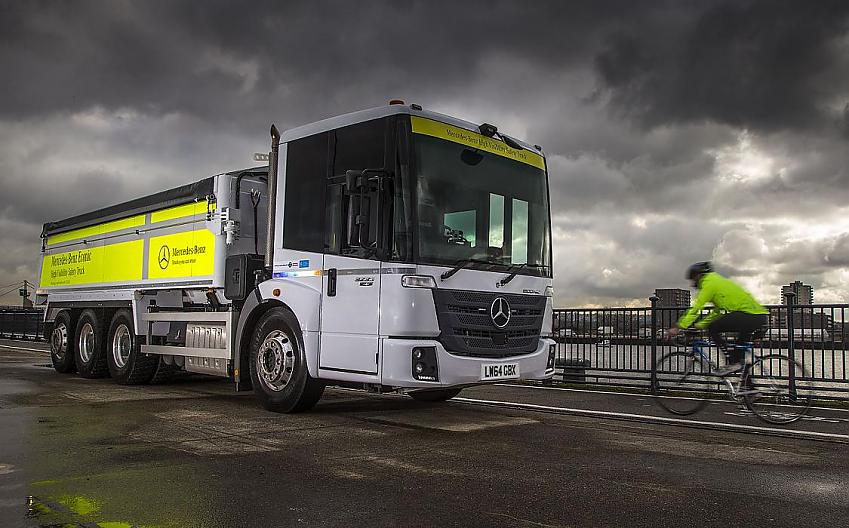 The Direct Vision Standard minimises HGVs’ blind spots, as collision investigations find that restrictions in what drivers can see from their cabs is often a contributory factor in serious and fatal accidents. The Transport for London announcement is a landmark victory for campaigners including Cycling UK who have highlighted the need for safer lorries in urban areas. 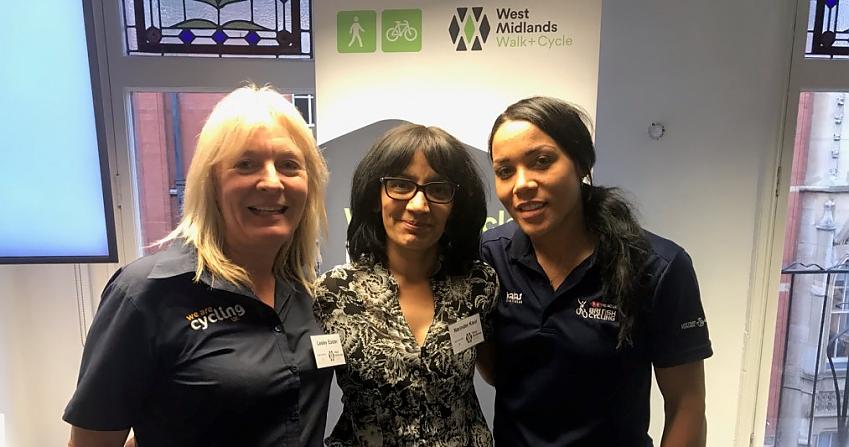 A new Better Streets fund has been launched in the West Midlands to make streets safer for walking and cycling, with a pledge to increase spending on cycling to Cycling UK’s recommended amount of £10 per person per year.

Mayor of the West Midlands Andy Street said: “Often I hear how people want to walk and cycle more but there is a something stopping them - be it a lack of cycle storage or a problem with a particular route. We do not want any obstacles stopping people getting out on two wheels or on two feet, and that is why we have launched this fund.” 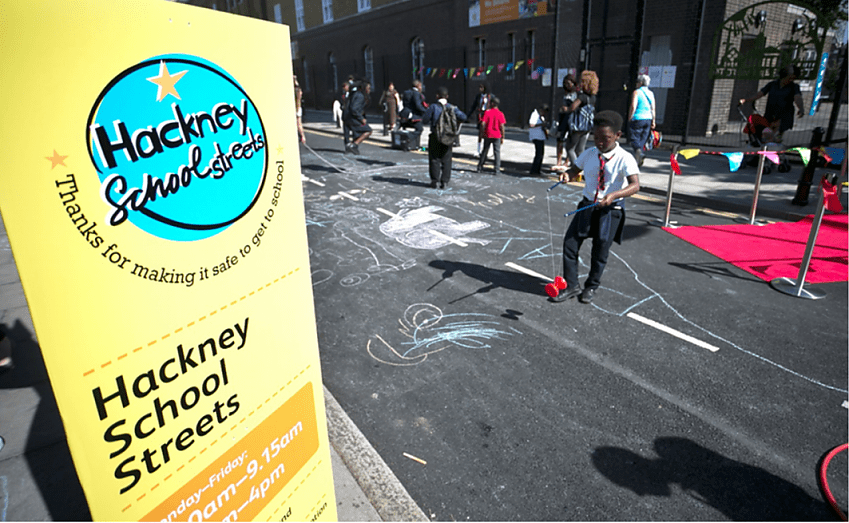 A free toolkit on how to bring in ‘school streets’ has been sent to every council in the UK following success in the London borough of Hackney. Closing roads outside schools to vehicles at school drop-off and pick-up times has increased numbers of children cycling to participating schools by 50%, with traffic outside the schools reducing by two-thirds.

Highways England consulting on making A66 into dual carriageway near Penrith 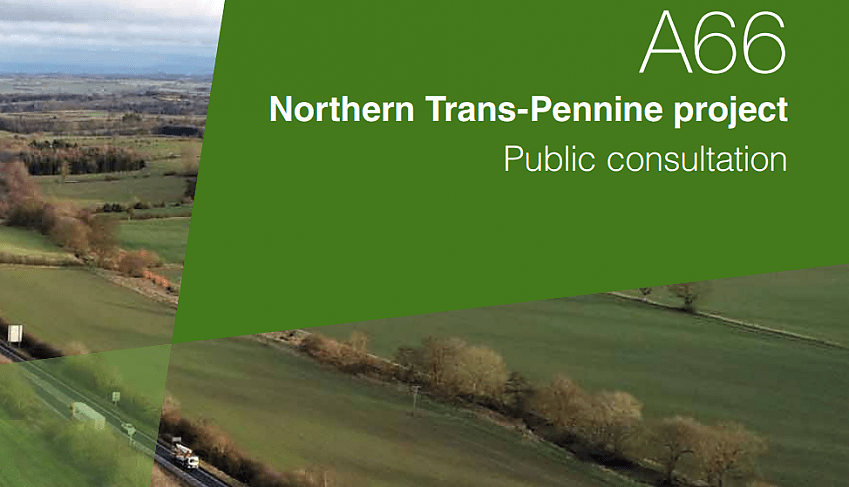 Highways England are running a consultation on the Northern Trans-Pennine project to dual the remaining single-carriageway sections of the A66 between Penrith and Scotch Corner. This risks creating a barrier for non-motorised users – we want to make sure that all existing crossing points for walkers, cyclists and horse riders are maintained and new ones are created to link up the existing network. If you live nearby, there are several consultation events between now and 22 June where you can ask what they are doing to ensure the project doesn’t cause problems for cycling.

Dates for the diary

Trails for Wales – we won!; Wales could introduce 20mph limits on residential roads – but Scotland still dragging its heels