Cycling fever following the successes of Team GB in the cycle events at London 2012 reached dizzy heights at Blenheim Palace this weekend when 15,000 people turned up to the annual Festival of Cycling.

Bike Blenheim Palace 2012 organisers reported record numbers with an increase of 88% on last year, and success all round at the event that expanded to two days this year to encompass a unique variety of races, rides and retailers at the World Heritage Site in Oxfordshire on 18th – 19th August.

Some of the UK’s top cyclists were attracted to Bike Blenheim Palace, now in its fifth year and favoured for its traffic-free, oak-lined roads, iconic setting and scenic routes. UK Time Trial Champion Michael Hutchinson (In Gear Quicvit Trainsharp RT) and last year’s winner in the 20km Time Trial, returned to defend his title, but his time of 26.05 minutes was beaten by European Junior Time Trial Champion Joe Perrett  (Cyclos Uno) who finished in first place in 25.59 minutes, ahead of 269 riders.

GB Paralympic and World Champion Sarah Storey (For Viored) won fastest female for the second year in 28.30 minutes.  Storey was joined by GB Paralympic teammates, who used the Time Trial at Bike Blenheim Palace as a warm up for the forthcoming London 2012 Paralympics. Six cyclists from the Australian Para Cycle team also took part, providing huge inspiration for young riders with disabilities. Mountain bikers were catered for on the same morning with the new 40km Off-Road Sportive that took 270 riders out into the beautiful estate of Blenheim Palace and local byways. 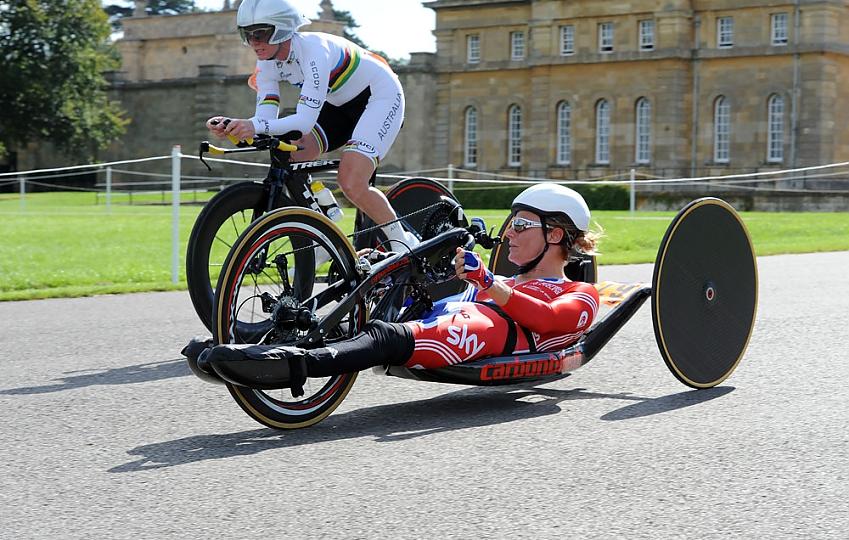 Michael Hutchinson returned on day two of the festival to win Male Champion title in the Brompton World Championship 2012 on Sunday. Hutchinson confirmed his credentials with a second successive win in a course record time, wiping almost an entire minute off his 2011 time and completing the 13km course in 20 minutes 17 seconds; Julia Shaw took the prize for Fastest Female in 23 minutes and 39 seconds - she last won the female category in 2009.

The Brompton Wolrd Championship sold out its 750 places in just two weeks and the glorious weather ensured a bumper turn out, with 682 riders taking to the track in 25˚c conditions. The theme of ‘Sartorial Elegance’, with competitors dressed in obligatory jacket and ties, added to the spectacle.

Anna Glowinski, presenter of ITV4’s Cycle Show, and Mule Bar Girl rider was filmed taking part in the race for a feature due to appear on the show on 27th August. TV stars Rory McGrath and Will Mellor were also filmed in the event as part of their forthcoming Channel 5 series ‘Rory and Will, Champions of the World’.

As ever, the event was an international affair with 34 nationalities represented including Anders Hedqvist, who had spent the last 18 days pedalling from Stockholm to London on his Brompton in order to take part. 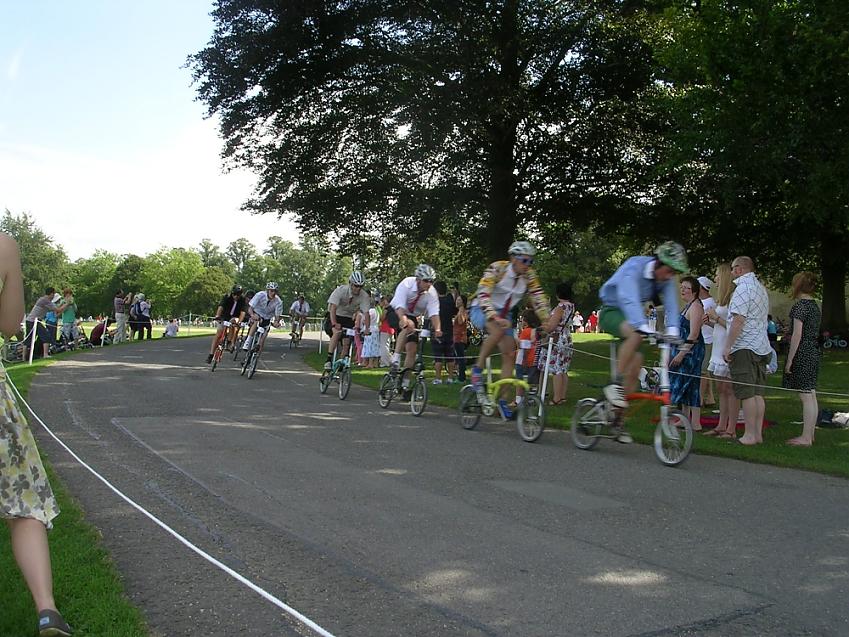 The expansion of Bike Blenheim Palace to two days allowed for two additional Brompton events including 300 riders on The Brompton Marathon and 100 competing in The Brompton Sprint - an intense affair as riders battled it out in groups of three to try and set the fastest time on the 300m uphill course over ‘Vanbrugh’s Grand Bridge’ towards the stunning north front of Blenheim Palace. Yu Shing Tang and Susan Todsy, female winner of the Brompton US Championship, beat the rest of the field to take the glory, and fellow CTC employee, Seamus Kelly, took the win in the Vets' category!

Sunday also saw 1,600 riders tackle the 60/100 mile Road Sportives into the Cotswolds, a sell-out event that looks likely to expand capacity next year. In the afternoon, the cycling routes within the estate were opened up to thousands of families who took advantage of the one weekend of the year that cycling is permitted in the Park. 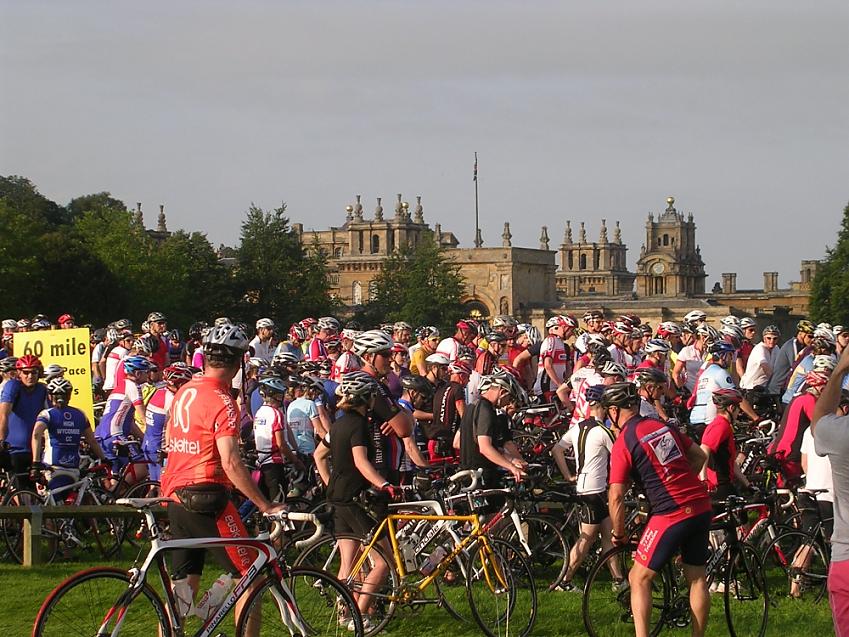 The festival of cycling was centred around a hive of cycling activity in event village, which was significantly expanded this year to showcase many of the world’s best cycling brands and products available to view and try out. Exhibitors ranged from Scott, Mavic, Schwalbe, Enigma Titanium, Rotor, Adidas, Magura, Cinelli, Campagnolo, Ebikes Juice Lubes, to the ‘Look Mum No Hands’ cycling café, the Kiddimoto inflatable race track and balance bikes for the under fives, ‘Wheels for All’ project for cyclists with disabilities, and of course, CTC. Thrills were provided by the Animal Bike Tour mountain bike display, and gentler pursuits were presented by the bike polo tournament, and the Benson Vintage Bicycle parade.

Breast Cancer Care is the official charity for Bike Blenheim Palace and 124 riders took part in the second Pink Ribbonride, a 26.2mile ride though Oxfordshire’s beautiful countryside, after a hugely successful debut last year.  Breast Cancer Care's aim was to raise £100,000 to go towards providing information and support free of charge for those affected by breast cancer. 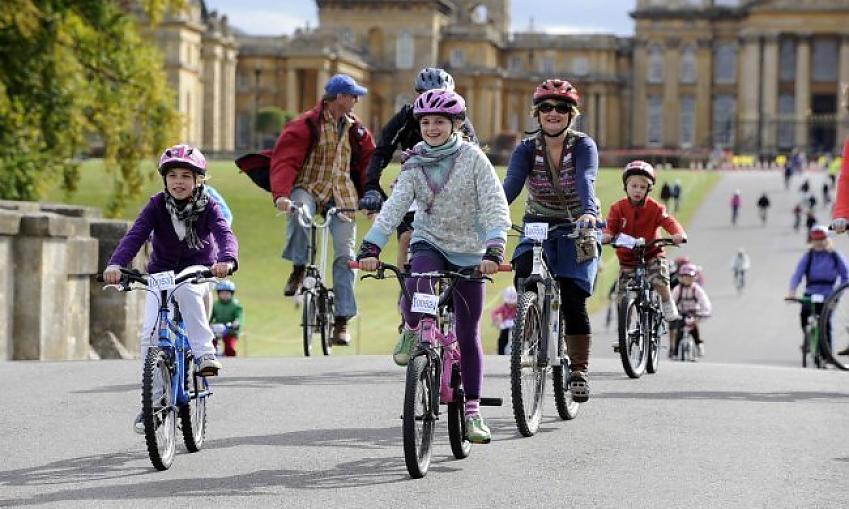 Bike Blenheim Palace is truly a Festival of Cycling providing something for everyone to enjoy from the competitive cycling fanatic to families looking for somewhere safe to ride their bikes in beautiful surroundings. The event next year is set to take place on 17th – 18th August and registration for 2013 is now open for the 60/100mile Sportive.

Paul Orsi, Bike Blenheim Palace Event Director comments: “We are totally blown away by the success of the event this year, it was an amazing weekend celebrating all elements of cycling, there were some weird and wonderful sights! It was fantastic to see such a huge turnout, and a wide range of people at the festival that just gets better every year.”