Following on from last week’s stormy weather, we were promised a stunningly fine sunny winter's day, albeit with a cold and frosty morning. Indeed, as a little bit of weather trivia, the 'High Pressure' responsible for the settled conditions was all across the media channels (thanks to Chris for alerting Tim to the near record-breaking conditions). The pressure reached 1046 hpa today, a little shy of the 1049 measurement back in 1992 and the 1050 reached in 1932.

Meeting up at the Leisure Centre were Tim Newbery, Alan Hockham, Jason Bartup, John Rickett and Mike Gray. Pleased to see Mike back out with us again. Rob Whitworth had sent his apologies as the lurgy had returned once again. Get well soon Rob.

Our route this morning would take us along to Keddington and South Cockerington. Roads so far all salted and gritted. Following the Saddlkeback Road to Skidbrooke we encountered sections of hoar frost so a case of gently as you go. Arriving safely at the 'Cyder Company' we were greeted warmly by Barry Jordan and Jim Brennan who were there to photograph the event. It appeared to be very well attended, and the hog roast and hot bacon buns were going down a storm. The Grimsby Morris Men and Herring Gals were in attendance dressed in full attire. Bystanders too had come dressed for the occasion. Fascinating. This was to be the Grimsby Morris Dancers 38th Lincolnshire Waes Hal and the 11th festival for Skidbrooke Cyder Company.

Following ancient pagan tradition, (the Anglo-Saxon 'waes hal' means to be healthy) there would be singing, dancing, drinking and lots of noise; frightening off the evil spirits and to wake the sleeping trees. Pieces of cider-soaked toast were placed on the branches of the trees for the robins, the guardian spirits of the tree-spirits whilst praising and toasting Pomona, the Goddess of Apples. Some say that's where the saying, making a toast comes from.

It would have been nice to have stayed for the dancing but feeling chilly club members bade farewell to Barry and Jim and made out for the ride to Oasis Cafe. Shortly after starting our merry way we were joined by Chris Owen. Not too far and we were enjoying a natter and fine refreshments at the fishing lakes, the cafe having just opened after their winter break.

After mugs of hot drinks and food, we left Chris to depart for home whilst the remainder followed a route suggested by Jason, along Owe's Lane and Cloddy Gate towards South Somercotes. The frost by now largely having melted away with air temperatures back up to a seasonal average of 7 degrees Celsius. Glorious scenery, crisp blue skies and light winds made for fine and very enjoyable cycling conditions.

South now through Saltfleet All Saints and then along the Back Street to Three Bridges and Great Carlton. For John and Jason, a longer and hillier route via Authorpe, Muckton and Little Cawthorpe whilst for Tim, Alan and Mike, the shorter but equally attractive ride via The Carltons and Legbourne. We met up with Jason briefly at the junction with Furze Lane and Manby Road.

Many thanks to all for the company. Good to see Mike back on the bike.

3o miles covered on the shorter route, 41 miles for Jason.

Next week it's up and over the Wolds to Wold Newton. 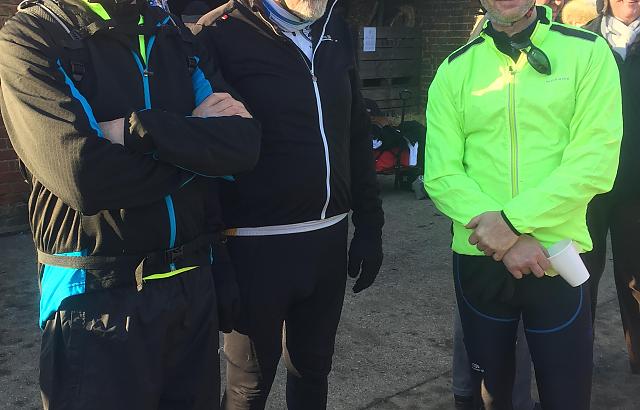 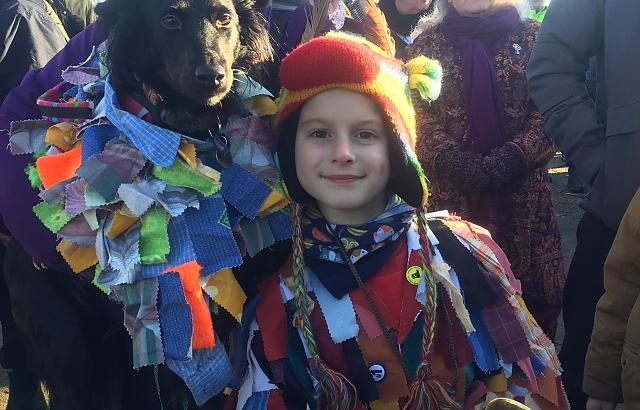 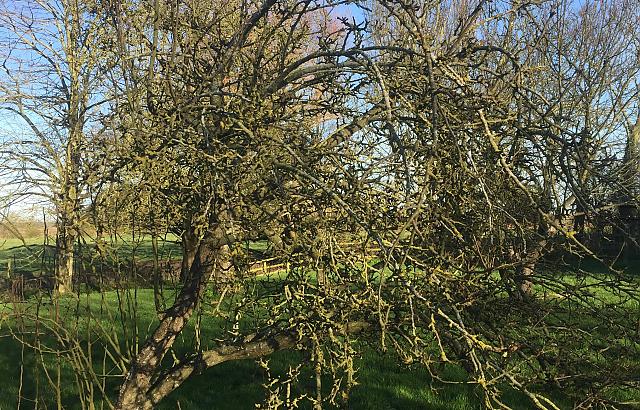 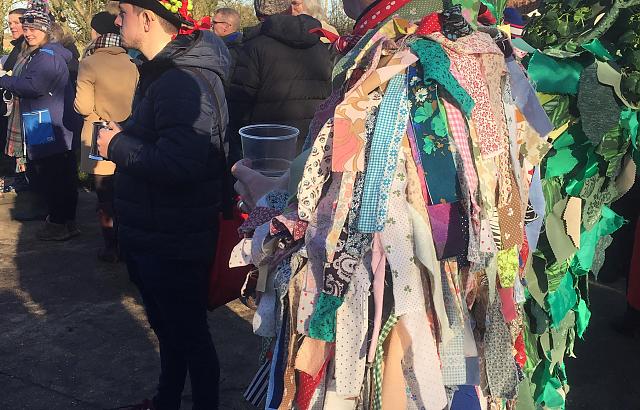 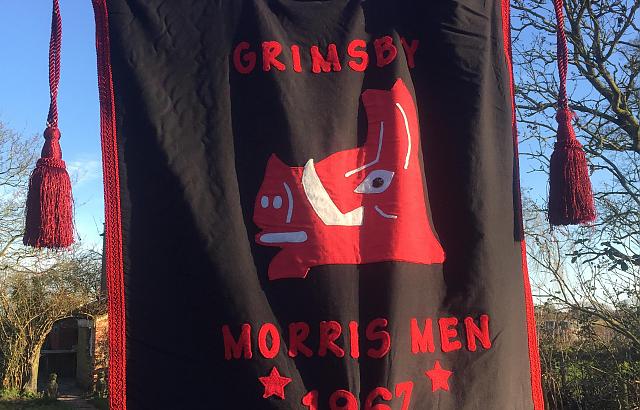 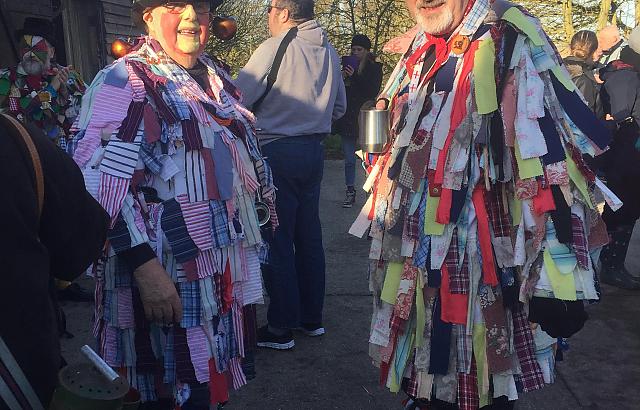