With several stalwart members either playing bowls, at home hosting visiting families or recovering from illness (get well soon Jason and Chris) numbers were a little depleted. Never the less today's Ride Leader Tim Newbery was warmly greeted by John Ambler, Alan Hockham and Rob Whitworth.
Warming refreshments were taken at the Louth Meridian Centre with splendid service as ever from the patient and understanding team at the Aquavita Cafe, Rob enjoying his double shot latte. Thanks too to Alan for supplying the drinks.

Departing on schedule we were pleased to find clear blue skies and crisp winter sunshine. There was however a brisk westerly wind, forecast to gust to 30 to 35 mph. With temperatures nudging up to 5 degrees Celsius, the windchill would mean a value closer to zero.

Our route today would take us initially eastwards to Keddington, South Cockerington and Red Leas. A short unexpected detour along Red Leas Lane before Alan reminded Tim that Tossey Lane should have been taken instead (just testing the alertness of club members!). Onwards through North Cockerington and Avingham and the still waterlogged lanes of the Covenham's. We'd need to be cleaning the bikes once again! Fine countryside to enjoy with plenty to view along these quintessential marshes lanes and we noted a number of birds of prey to include sparrow hawk and a rather fine close up sighting of a heron, looking for breakfast. Last leg of the outbound route via Fulstow took us to a bustling Ludborough railway station, large numbers of children looking forward to the 'Santa Special' rides on the Lincolnshire Wolds (heritage) Railway.

By this time we too looked forward to breakfast and were pleasantly surprised to find 'The Steaming Kettle Buffet' almost empty as today's steam loco, 'Spitfire' had just departed with carriages full of kids ... along with Santa and his presents. The Lincolnshire Wolds Railway now run steam trains along part of what was once Great Northern Railway’s Lincolnshire Loop. The East Lincolnshire Railway was a main line railway linking the towns of Boston and Louth which opened in 1848. Sadly most of the route was closed to passengers in 1970. 'Spitfire' is a saddle tank built in 1929 and spent all her working life in the chemical industry at Trafford Park in Manchester. After a ten-year overhaul, completed in December 2015 she is now back in service at the LWR.

Having partaken in rather fine bacon buns we set off back along Station Road towards Fulstow, Tim now without his gloves. They had been 'borrowed' by a member of the public. A slightly shortened route home was taken, before any frost nip could set in! Once more through the Covenham's and back to Louth via Yarburgh and Brackenborough where we passed another deserted medieval village.

Brackenborough deserted medieval village is probably one of the best surviving in Lincolnshire with a series of deeply sunken roads with rectangular platforms on either side. The Domesday population was 16. Twenty-eight people paid poll tax in 1377 but there was no population in 1565. The track leading to Brackenborough Hall affords great views of the earthworks and 'lumps and bumps'.

25 miles covered with many thanks to all for the company. A thoroughly enjoyable ride in the winter sunshine. 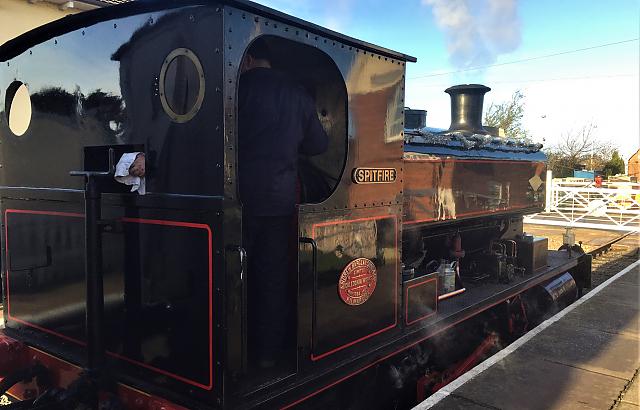 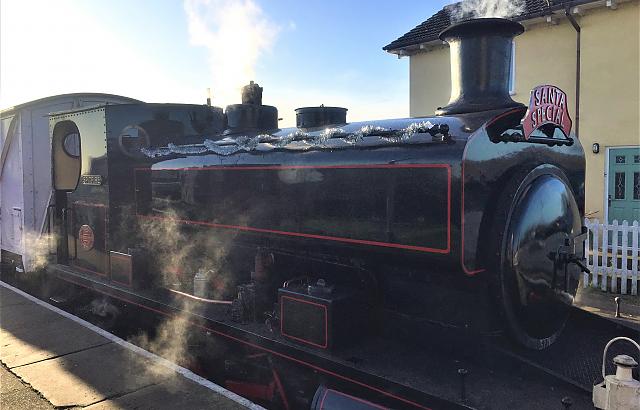 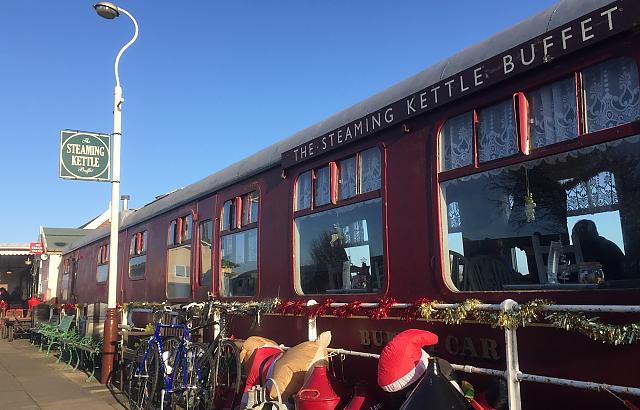 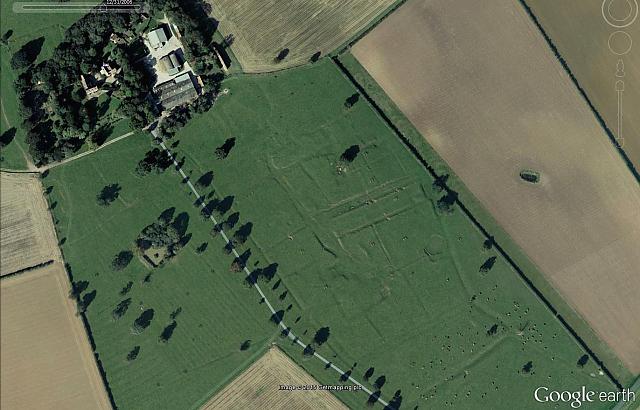