Lothians and Borders CTC, a History

Lothians and Borders CTC, a History

Learn more about the history of our group, listen to the stories and enjoy the old photos.

Photographs from the collection of Bobbie Davis (link to another website, opens in another browser window).
https://www.david-alison.uk/?envira=cycling-photographs-from-the-collection-of-bob-davis

Audio History by CTC Lothians and Borders. Group members reminiscing on cycling's history in the Scottish Lothians
(links to the SoundCloud and opens in another browser window)
https://soundcloud.com/ctclandb/sets/audio-history/s-jsJDm 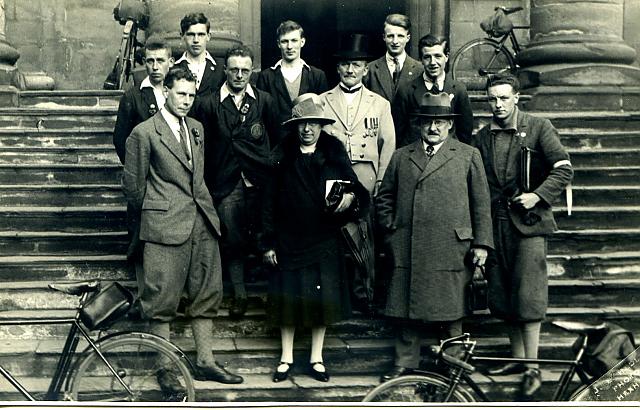 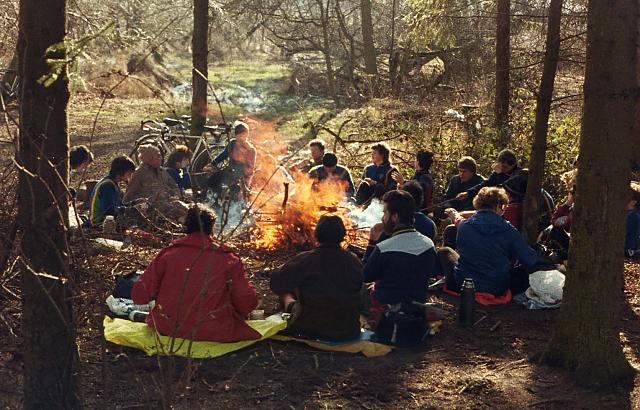 Edinburgh Road Club Some notes on its relationship with the Lothians DA by E.N. Zoller

Some notes on its relationship with the Lothians DA  by E.N. Zoller

The publicity during the National Bicycle Week in 1923 – the organisational work for which was done largely by CTC members – brought the DA into touch with several local riders and officials who had been active prior to the 14/18 war.

The several clubs which had been active in Edinburgh prior to the war had ceased to exist, their members probably largely casualties of the war. A growing number of young members in the CTC felt they would like to ” have a go” at time trials and they and others as mentioned above decided in 1923 to form a racing club which took the name of Lothians CC. For the first year and more it and the Lothians DA shared a common social runs programme as it was felt that there were not enough riders to keep two separate runs programmes going. All time trials were run on Saturday afternoons when most of the active CTC members would turn out to help or “spectate” if not racing.  Sunday racing was spreading in England but was still rather frowned upon in Scotland.

By the latter part of 1924 there were an increasing number of Lothians CC riders who wished to switch to Sunday events and when it was decided to do so, the club was not prepared to put on Saturday events for those few members who for one reason or another did not wish to race on Sundays. In 1925 a small group of CTC members decided to form a racing offshoot of the DA for the sole purpose of running events on Saturdays and the title Edinburgh Road Club was chosen. The new Road Club thrived with an increasing number of the harder riding “tourists” in the DA joining.  In these happy go lucky days, with little traffic on the roads, there was no question of national ruling bodies, police permissions and the like.

Most young folk were lucky to have the one bicycle on which to ride with the CTC, tour, possibly also ride to work as I did, and when a race day came round simply pulled off the popular Bluemel’s quick release mudguards, possibly upped their gear a bit and went to the start line. If competing say in the Borders or West of Scotland they would ride there in touring trim and strip the bike at the start, replacing the mudguards etc and riding home after the event.  Some of these rides to and from races may well have been the beginning of the “massed start” idea!  Sprints and tubulars were out of the question for many.

It was not long before some of the “long run” tourists began to show an interest in place to place records and in 1927 Eric Rae joined forces on a tandem with Bill Carruthers, also a CTC member but who raced in the Lothians CC colours, to attack the Edinburgh to York tandem record of the Road Records Association.  They were successful in taking 26 minutes off the record set five years previously by an English pair and as far as I know were the first Scottish riders to break a national RRA record. Then in 1928 D. M. Ross, shortly before he became “the Rev. D.M.”, also established a new Scottish RRA 12 hour record, and the following year a young Royal High schoolboy acquired a second-hand tricycle, not having ridden one before, took to it at once and all in the same year set five new RRAS tricycle records – 12 hours, Glasgow/Dundee and back, Aberdeen/Inverness and back, Edinburgh/Berwick and back, Edinburgh/Glasgow and back.

A considerable friendly rivalry over records developed between the Road Club and the Lothians CC and when the war put a stop to such activities the Road Club name appeared against five RRA and thirty RRAS records.  In four of these cases tandems had been stoked by CTC members riding in Lothians CC colours – a happy co-operation between “rival” clubs.  Further records activity since the war has brought the grand total of records in the books of the RRA and RRAS to forty-seven, including the four joint ones mentioned above, in name of ERC. Some years ago I asked in Cycling if any other club in the country could better that figure.  There were no replies!* I have kept no notes of the racing performances of Club members but these should be in the books of the racing secretaries.

E.N. Zoller additional information:- The inaugural meeting of ERC was held 9th Nov. 1925 in Mr. Caw’s house in Morningside, at which the officials selected were G. Blount as Secretary, and Beveridge, Rae, Ross and Zoller as Committee Members. The first race organised by ERC was probably the Novices 10 on Sat. 10th April 1926 (won by Ramsay in 28.26) Other races organised that year by ERC were as follows:-