There are lots of gilets with reflective stripes or patches to help make you more visible on the road. Vizirider’s has lighting as well. Available in red or yellow as well as the blue pictured, the LED Cycling Gilet is wind and rain resistant. The polyester fabric feels good quality – more like that of a mid-range waterproof – and is well stitched, with a mesh inner liner and three external pockets.

There’s reflective piping on the front, back, hem and arm holes to help it stand out in car headlights from any angle. Then there are the embedded LEDs. In the off position, these are fairly inconspicuous; they look like buttons or studs. Turned on, their brightness surprised me.

I was very comfortable wearing this in an urban environment. Once I got over the initial feeling of conspicuousness, like I was cycling home from a warehouse party in the late 1990s, I began to feel a sense of security in being lit up. I was  articularly pleased with the red lights at the back of the gilet, which I’m sure made me more visible to traffic behind than just the lights on my bike and child trailer.

My partner and I live in rural Scotland and have a sizeable commute on country roads to and from the nursery school. Being seen from a distance on such roads is important. As we received two gilets for testing and often ride together, we were able to get a sense of how the gilet would appear to other road users. Even around town, with more things competing for attention, the gilet’s LEDs really helped me pick out my partner as a cyclist in traffic.

There are three modes for the lights: constant, with a duration of up to 10 hours per charge; slow flash (14 hours); and fast flash (20 hours). The flashing modes make for very high visibility.

The LEDs are powered by a small battery pack that detaches easily for charging via micro-USB. I wasn’t sure whether the battery connector and other electrics in the jacket would withstand the washing machine, but I was told by the manufacturer that (with the battery pack removed) the gilet will withstand a 30º or cooler wash.

It’s available in sizes S-XL. The medium I tested had a snug fit so if you plan to wear lots of layers in winter, I recommend sizing up.

I liked it. With the LEDs switched off, this looks like a normal cycling gilet. With them switched on, it provides more visibility at night than cycle lights alone. 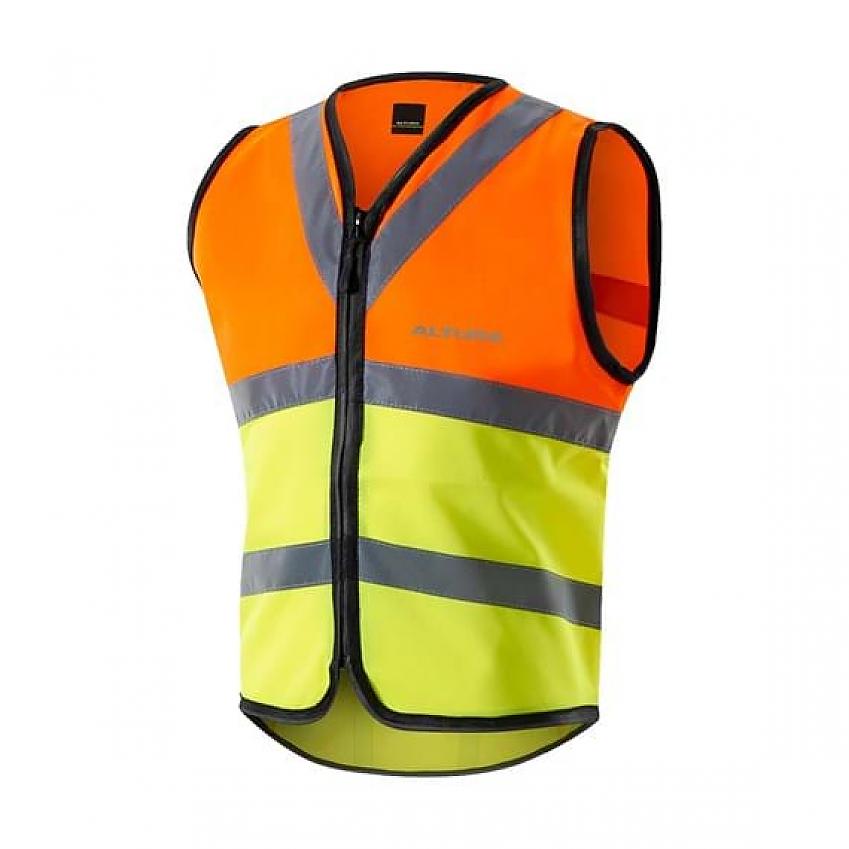 Traditional hi-viz reflective vest that’s available in sizes XS-XL. Fit is relaxed as it’s designed to go over anything else you’d wear on a bike. 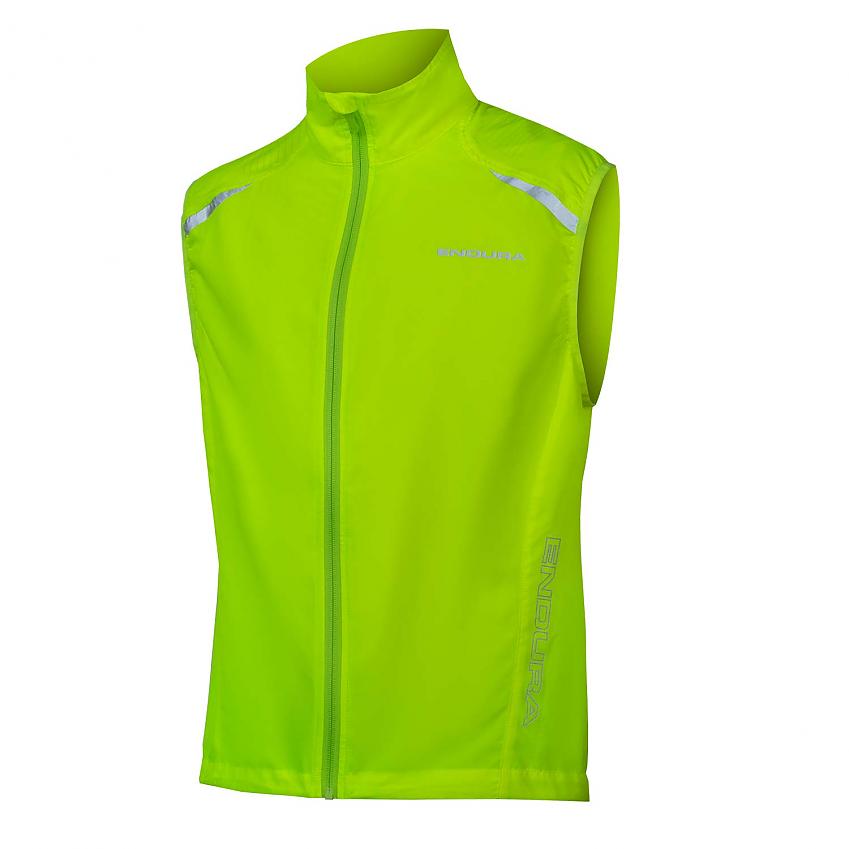 Close-fitting windproof gilet with reflective detailing that you can stash in a cycling jersey pocket. Hi-viz yellow or black, in sizes S-XXL.

Cycling in the dark View

Top tips for cycling in the dark View