The Brompton isn’t the only game in town for folders, especially on a budget. Dan Joyce tests a £570 Tern

Small-wheeled folders go anywhere: on trains (for free), in offices (without reproach), and in tiny flats (without being tripped over). The king of compacts is the Brompton. Yet it’s also expensive and has an idiosyncratic ride. Enter Tern. They make premium folders too but their range starts at under £500 with the Link A7. Above that are Link B, C, and D models.

They look much the same, featuring 20in wheels and chunky aluminium frames. Folding is different, however: C and Ds ‘N-fold’, which leaves the front wheel pointing forward; A and B fold in half conventionally so the front wheel points backward. Since a Tern ‘handlepost’ (the bit between headset and stem) folds to the left, the handlebar of the cheaper models ends up between the wheels rather than resting alongside.

Folding nevertheless takes only 10-20 seconds, and the folded package holds together with strong magnets. At 34.5×80×70cm, it won’t slide between train seat backs but will fit a luggage rack fine. Tern sell a CarryOn Cover (£50) if you need it. 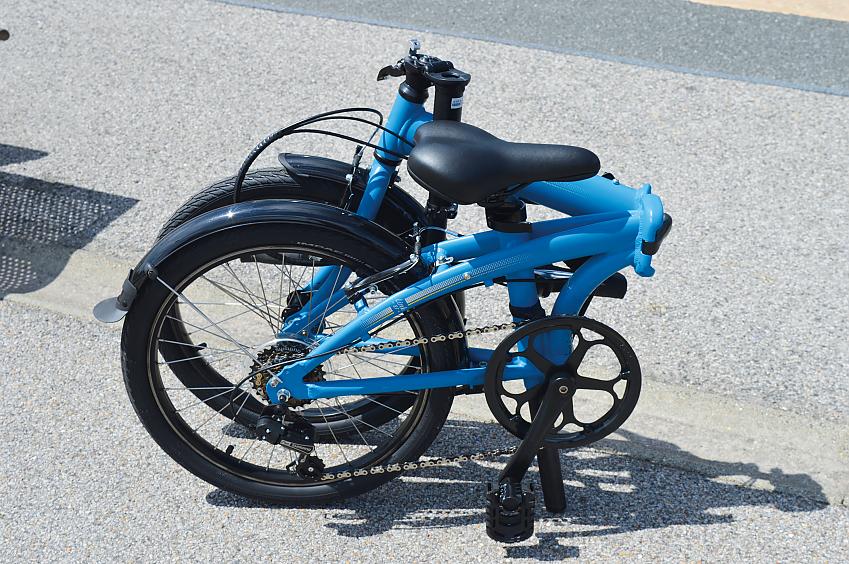 Folding is a little awkward and unintuitive since you have to drop the handlebar down first.

Unfolding the B7 is slower as you need to gauge the seat height; there are no guides on the seatpost. Once aboard, it rides well. It’s more stable than a Brompton thanks to bigger wheels, more trail, and wider, stodgier tyres.

Aside from those tyres, the B7’s only obvious budget-related drawback is its mediocre drivetrain: 7-speed Shimano Tourney with a screw-on 14-28 freewheel. The range isn’t much wider than that of a 3-speed hub, without the latter’s longevity or stationary-shifting convenience. It works – enough said. The basic V-brakes, on the other hand, are surprisingly effective.

The B7 doesn’t have Tern’s ‘Luggage Socket’ on the head tube like the more expensive Links, so you’ll need to invest in a big saddlebag or rack-plus-trunk-bag to avoid a sweaty back.

Less than half the price of a Brompton M6L and more than half as good, the Link B7 won’t inspire the same devotion but it gets the job done. It rides well, without flex or shopping-trolley steering, and folds small enough. 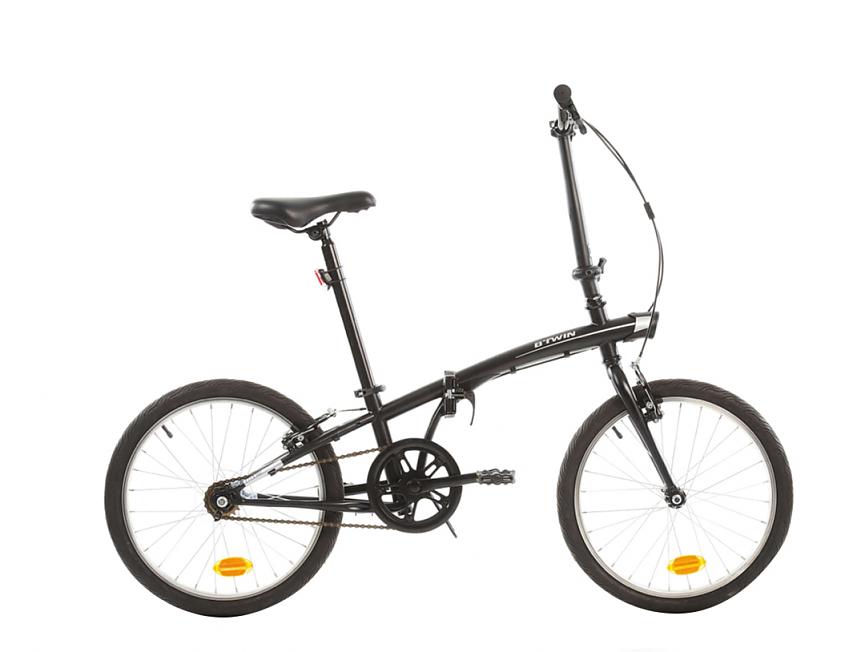 Yes: £200! No mudguards but has battery lights. This steel singlespeed was sold out at time of writing, due to the bike boom. 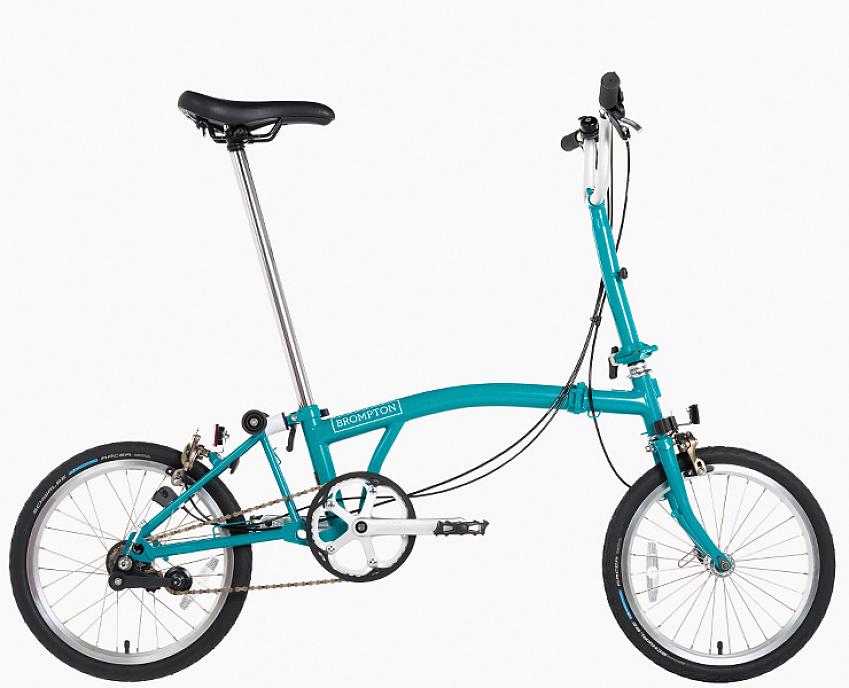 The cheapest Brompton by some margin is a 3-speed that uses some older-style parts. You’ll want mudguards (£68/set).

At Cycle, we are proudly independent. There’s no pressure to please advertisers as we’re funded by your membership. Our product reviews aren’t press releases; they’re written by experienced cyclists after thorough testing. This test featured in the August/September 2020 edition of Cycle magazine. 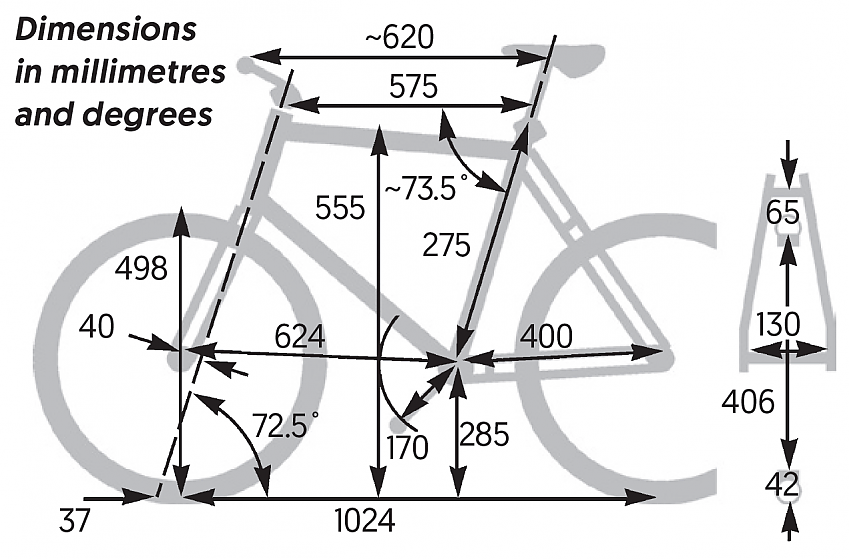