A £1k road bike with a Tiagra drivetrain, a full carbon fork, and practical features many rivals lack. Dan Joyce tested it

Colibri is a pass in the Ecuadorean Andes. It’s gravelly in parts – like this endurance road bike named after it, which has a flared drop bar, extra frame fittings, wider (32mm) tyres with tread on the shoulders, and bigger clearances around those tyres.

Sonder’s marketing suggests it might be used for adventure racing. I’d say club riding, audaxes, sportives, fast commuting, and maybe light touring or bikepacking. The aluminium frame and full-carbon fork will take tyres up 36mm – or 32mm with mudguards, for which there are mounts.

The head and seat tube angles are typical of a road bike yet it’s no wannabe racer. The head tube is taller. The bike is longer: longer chainstays; a longer top tube, which demands (and gets) a shorter stem; and more fork offset. There’s no toe-overlap with my size 8s, even with a mudguard. 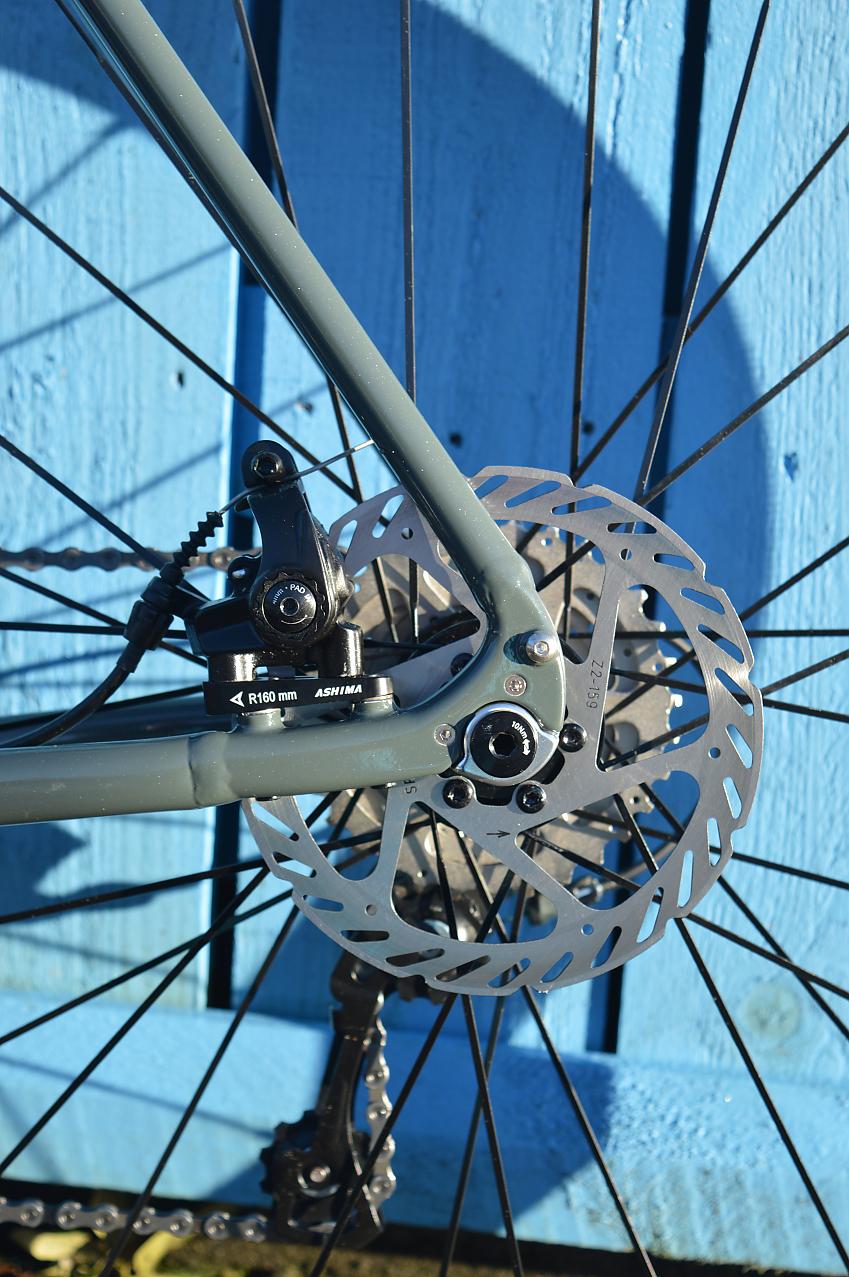 Lots of road bikes have flat-mount discs and thruaxles. Fewer have rack and (concealed) mudguard mounts

The Colibri’s wheels are tubeless compatible, although the WTB tyres aren’t. No matter: I’d soon replace them. There are fast road tyres available in 32mm now, such as Continental’s GP5000 S TR and Schwalbe’s Pro One TLE. Longer term, it would be tempting to upgrade the wheels as well. They’re not bad but, at £140 and 1,960g (stripped down) for the pair, they balance the budget better than the scales.

This mid-pandemic test bike had a couple of non-stock parts: a 105 front mech in place of Tiagra; and unbranded flatmount disc brakes rather than Tektro C550. It’s nice to see even Tiagra on a £1,000 disc-brake bike these days, although I’d want something lower than 34/32 if I were climbing an Andean pass with luggage, or even a Welsh one. The brakes were adequate – once I’d fitted thin washers under the rear calliper so I could freely align it. Its mounts weren’t faced perfectly.

The Colibri is nice to ride, principally because it’s a sub-10kg bike that doesn’t tip you forward onto a low handlebar vibrated by carpel-tunnel-inducing skinny tyres. It could take you far, in comfort, on most roads. Just check the sizing. At 5ft 10in, the L was a better fit for me than the M.

A versatile and good value disc road bike. Its taller head tube, longer frame, and wider tyres let you enjoy rather than endure the miles. Some might take it bikepacking. I’d tweak the spec, swapping out the handlebar and tyres, and use it as a four-season club-ride bike. 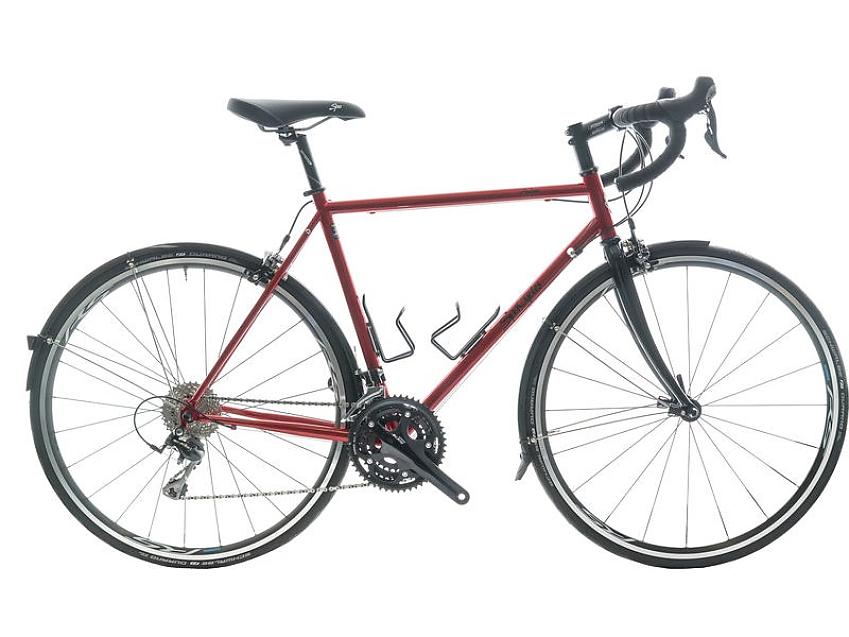 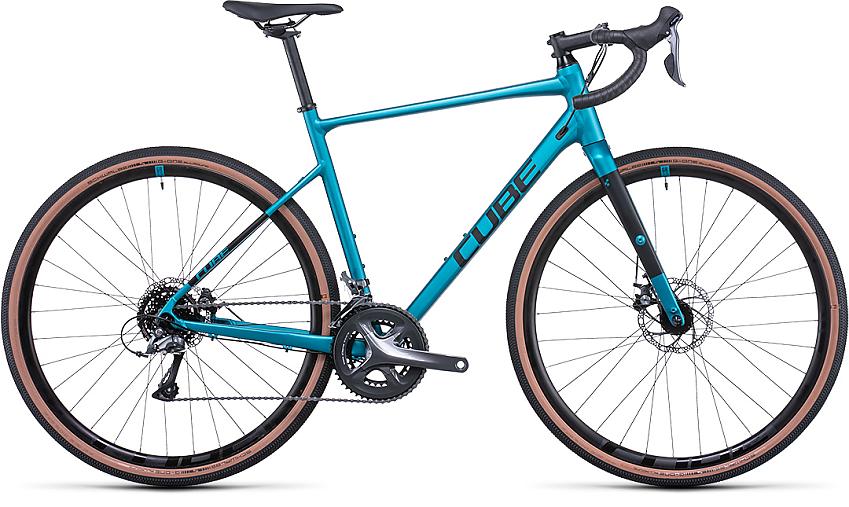 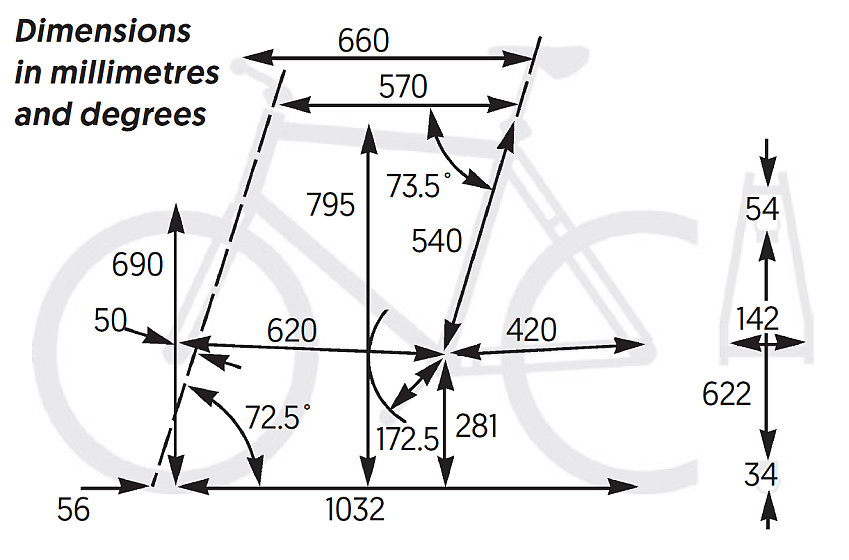 On my bike: Alastair Humphreys View

What bike should I buy? View

Video guide: Which bike should I buy? View