Titanium is enjoying a renaissance as a material for mile-eating all-rounders. Richard Hallett, Cycle magazine's technical editor, tests a Kinesis GTD and a Van Nicholas Yukon.

In the shape of the long-distance fast-tourer or gravel bike, titanium seems to have found its niche. For a while in the 1990s, titanium was the preserve of the well-heeled who could afford a Merlin, Litespeed or Ibis. It was considered the ideal material for high-end cycle frame building, but then it gave way to lighter, stiffer carbon fibre for competition use and it lost some of its earlier prestige.

Today, its notable attributes attract those wanting a light, comfortable, and durable machine, while the difficulties inherent in its manufacture mean that the price of a well-engineered titanium frame sits firmly above the budget end of the cycling market.

Firstly, let’s look at the properties of titanium itself: strong, light and corrosion resistant, it has obvious appeal as a material for lightweight cycle construction. It is around half the weight of steel and, depending on the alloy, of comparable strength; in other words, it’s about twice as strong by weight. The 3Al 2.5V alloy used on both bikes on test is pretty much the industry standard, being both strong and relatively easy to work with.

The downside is that titanium is also about half as stiff as steel, making it more readily deflected. Early titanium cycle frames were notoriously flexible and, as with aluminium, the answer is to use oversized tubing to obtain the required stiffness. This isn’t really possible in the limited space available for chainstays, and titanium frames tend to share a common aesthetic of spindly stays paired with fat main triangle tubes.

Its strength, elasticity and tendency to ‘gall’, or catch, on metal tooling make it difficult and expensive to manipulate, adding to the cost of anything but the most basic tube specifications. The main advantage, besides that strength-toweight ratio, is its exceptional resistance to corrosion and cosmetic damage; a bare metal titanium frame can remain looking good after decades of hard usage and even neglect, making it an excellent choice for adventure riding.

Titanium’s flexibility means it is rarely used to make the frame’s fork. Instead, a carbonfibre or steel fork may be used depending on the characteristics and performance required.

The two machines on test are positioned as fast allrounders, capable of taking on anything from audax riding to long-distance touring. They are arguably a bit on the heavy side for the keener sportive rider, but have the clearance (without mudguards) for tyres just about wide enough for gravel riding.

Both framesets feature internal cable routing, thruaxle hubs, disc brakes and a sturdy carbon fibre fork, and they're intended to be built up to the customer’s specification (using the online bike-builder in the case of Van Nicholas). Given the profusion of attachment bosses for racks and bottle cages, either frame can be kitted out for anything from a fast day ride to an intercontinental bikepacking adventure, making these true multi-facet machines, albeit with a nod to the sportier side of cycling. 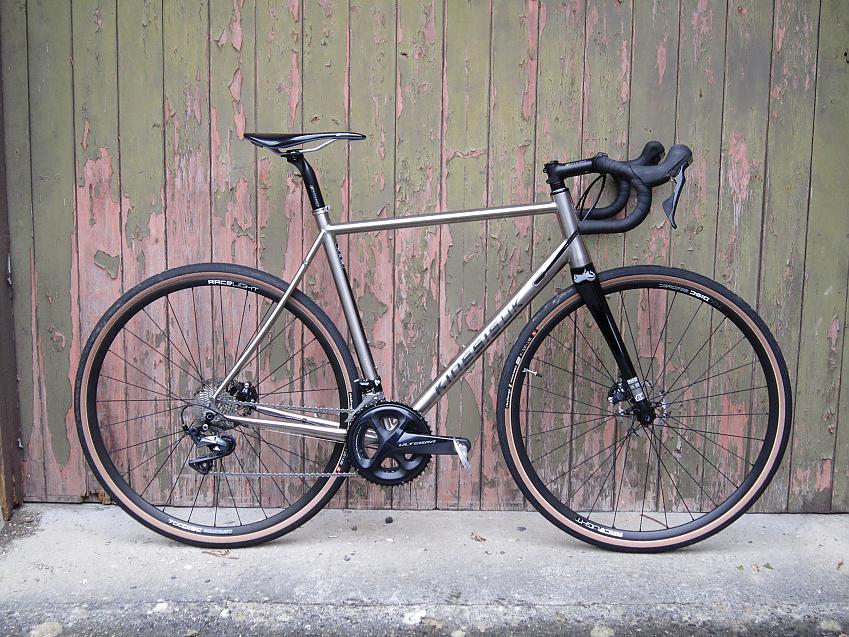 Both cycles employ the hugely popular Shimano Ultegra 8020 Disc groupset. It’s an impressive collection of components and, as might be expected, works pretty much flawlessly, although the positioning and range of motion of the rear mech’s jockey wheel cage can make wheel removal awkward. The front mech is an intricate piece of kit that requires careful installation, not least to avoid breaking one particular small part of the operating linkage. Yet when set up properly it provides the crisp, rub-free shifting that might bring even the most hardened 1× enthusiast back to the double chainring fold.

There’s no detectable lack of stiffness in the crankset, the STI levers are nicelyshaped to provide an ergonomically effective hold, and the whole thing is finished off to a suitably high standard. Where the two machines differ is in their choice of gearing. The 50-34 chainset on the Yukon is matched with an 11-34 cassette to give the wide range of ratios, including a reasonably low 27in bottom gear, that might be expected of a contemporary distance road bike. The Kinesis, by contrast, runs a 52-36 ‘semicompact’ chainset and an 11-28 cassette, giving a low gear of 34in. It’s on the high side for such a machine, but bear in mind this is a test bike assembled by the distributor, and that alternative, lower gearing is also available.

There’s one other significant difference: the Yukon wears fairly standard 160mm discs, while the GTD has 140mm rotors. This difference – of some 14% – is substantial, given that both bikes use the same callipers and levers, and can be felt when braking even moderately hard. I’m going to go out on a limb here: I’m not hugely impressed by these brakes even on 160mm rotors. There’s massive initial bite and good braking up to a point, but in all the examples I have tried, a really hard pull on the levers seems to generate little more power and a lot of sponginess. On my 25% grade brake-test hill, the GTD’s smaller, lighter rotors quickly overheated and the levers came back to the handlebar by the bottom. Okay, I weigh 86kg, but when riding off-road on gravel or when carrying luggage, I’d want better braking.

The GTD rides on Kinesis’s own Racelight 700 Disc wheelset. It’s conventional fare done well, with alltangent steel bladed spokes and a tubeless-ready rim, although the test bike has tubed tyres.

The Yukon’s Mavic Ksyrium Elite Disc UST wheelset has fewer spokes – radial on the rear-wheel drive side – and the French firm’s ‘soft’-sounding freewheel. If anything, the Mavic wheels feel strangely wooden, as if all springiness and road noise has been dampened out. This may or may not be a desirable attribute, but fitted with Mavic’s Yksion Pro UST 700×28 tubeless tyres, they give a distinctly softer ride quality than the widertyred wheels on the Kinesis. 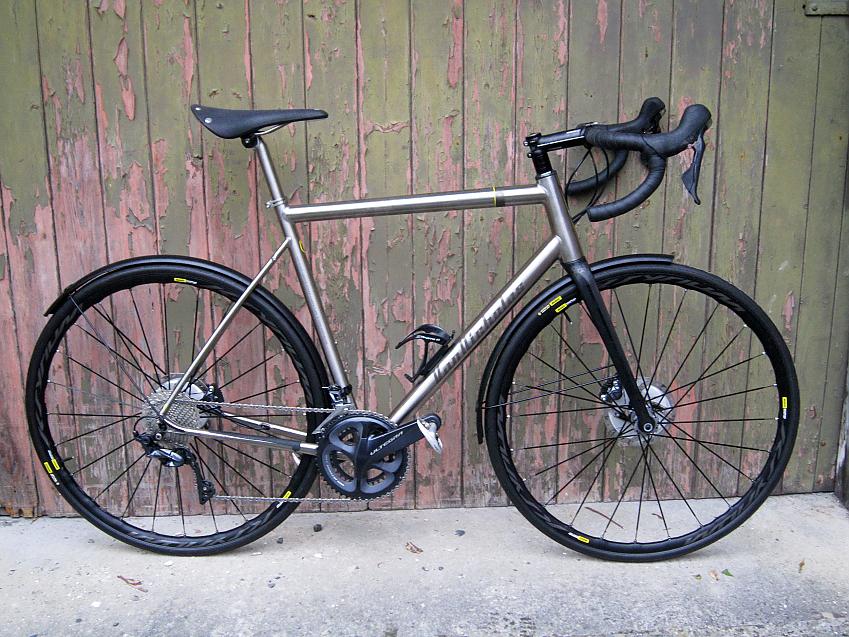 Delivered with a left-hand front brake, the Yukon got off to a bad start, which didn’t get much better when it transpired that the bike’s top tube is so wide (39mm) that it rubbed against my knees and thighs. As ever, this may not be an issue for the potential buyer, but is worth checking before making the plunge.

Beyond this, which is a deal-breaker for me, the bike proved competent and comfortable, with pleasantly direct steering and a supple ride. The enormous press-fit bottom bracket shell proved a disconcerting sight when glancing down, but frame detailing is very well done. Cabling enters the frame through a port in the head tube and there’s an access plate under the bottom bracket to ease cable installation. The forged thru-axle rear ends are very pretty, as are the seatstays, although the seatstay bridge has an unsightly breather hole visible on top.

The GTD has a similarly stiff carbonfibre fork, but the frame shows significant differences: the top tube is narrower, though still wide enough at 34mm to rub my knees; and cable entry is via reinforced multiwiring-option ports either side of the down tube. The cables exit the down tube in front of the bottom bracket shell, leaving a cluster under the shell and requiring a lot of welding in a highly-stressed tube. There’s a conventional BSC threaded bottom bracket shell, while the handsome thru-axle rear ends are CNC machined.

There’s a significant difference in handling between the two. The GTD’s steep head angle and 45mm fork offset offer reduced trail, making the bike, paradoxically, quick steering while upright but slow to turn in to a bend. Many prospective buyers will like the lightness of touch this conveys, but in any case this and the softer braking from the GTD’s smaller disc rotors ensure the two machines offer distinct riding experiences.

The Yukon steers with more aplomb, has greater braking power, and marginally more attractive detailing. However, it is a little heavier, has a seriously fat top tube, and has a press-fit bottom bracket with the potential for future creaks that implies. In my opinion, the GTD’s steering could do with a little more incisiveness, while the choice of 140mm discs inevitably lessens the available braking force.

Either frameset, built using the component specification of the buyer’s choice, will provide the durability and long-distance legs expected of such machines, so the choice may simply come down to bottom bracket preference. 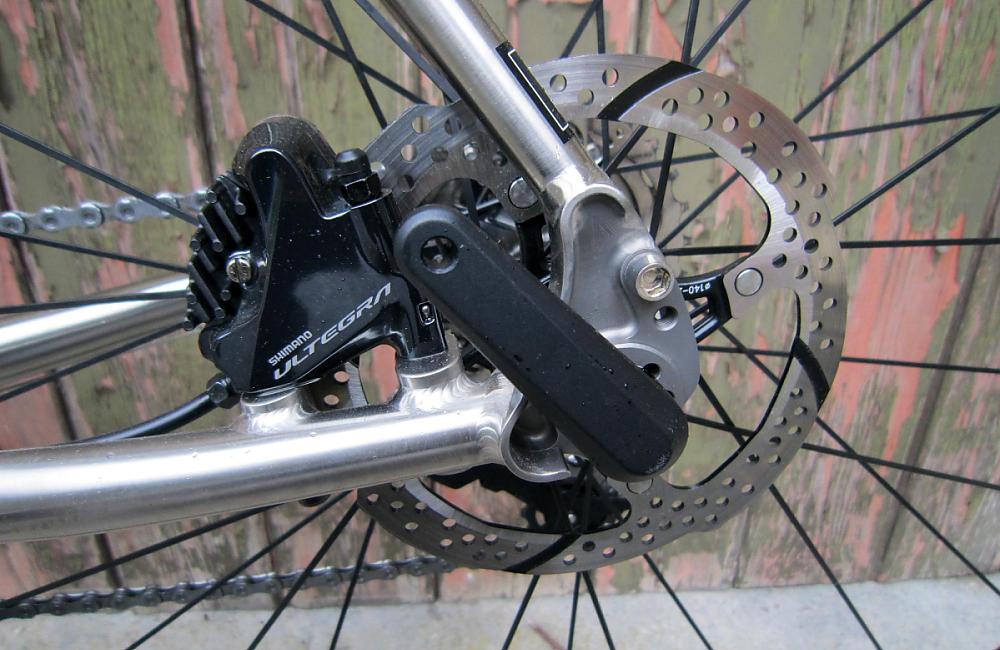 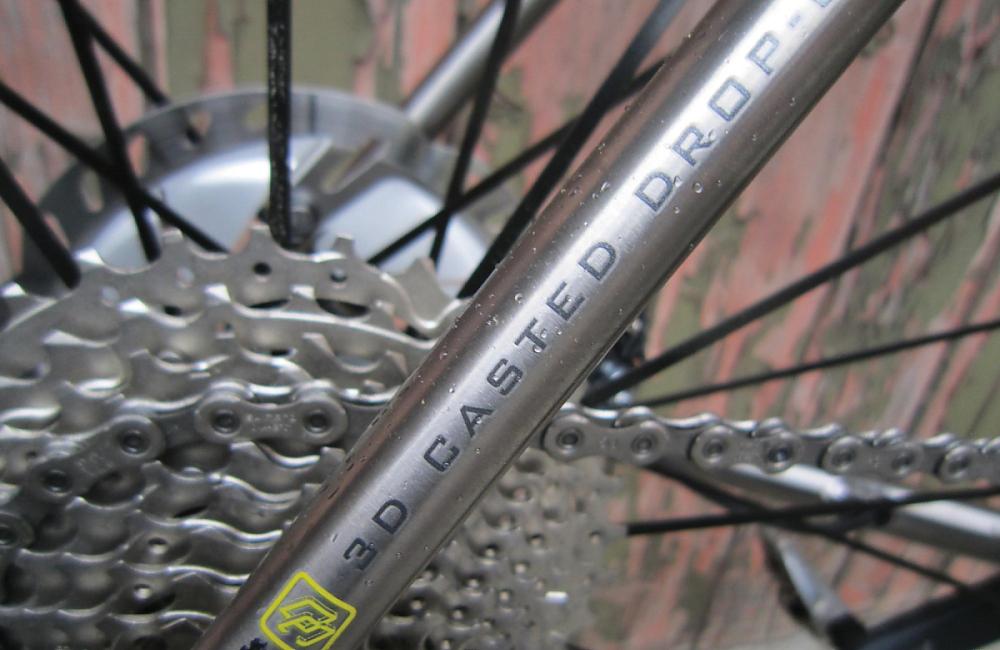 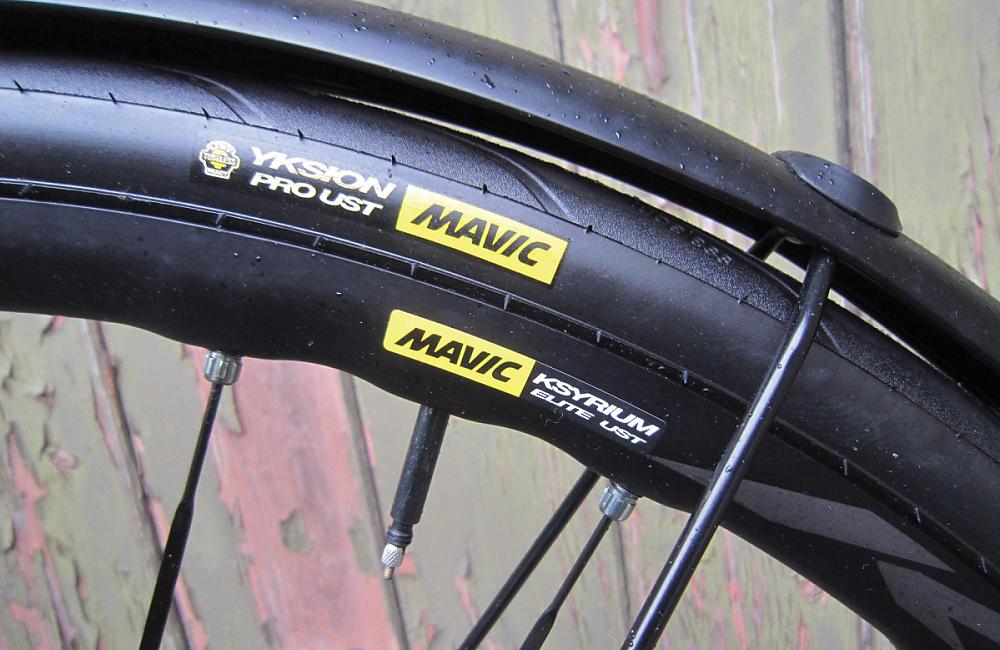 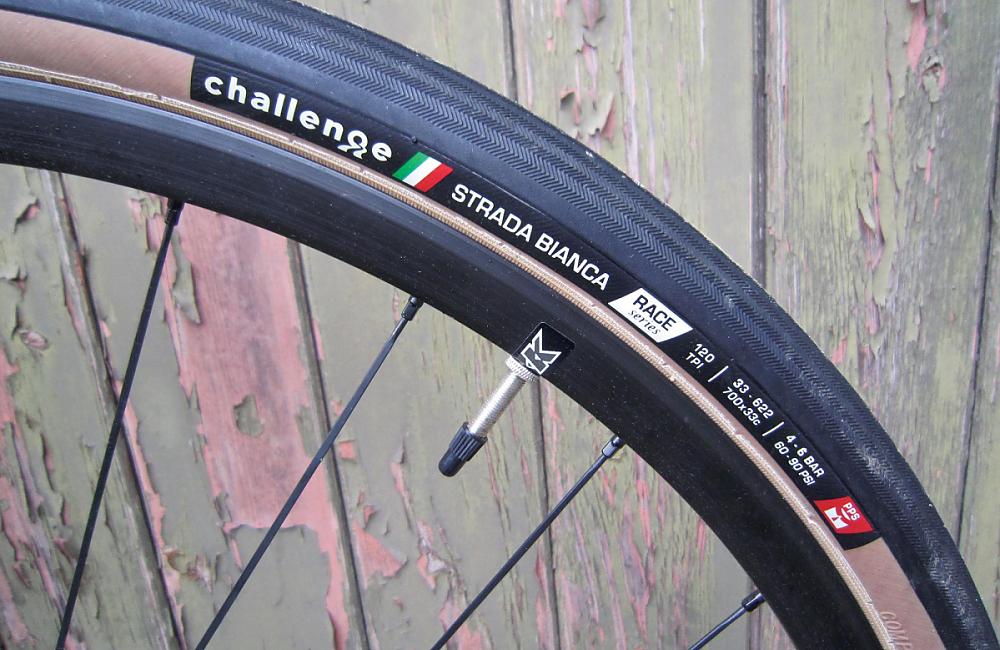 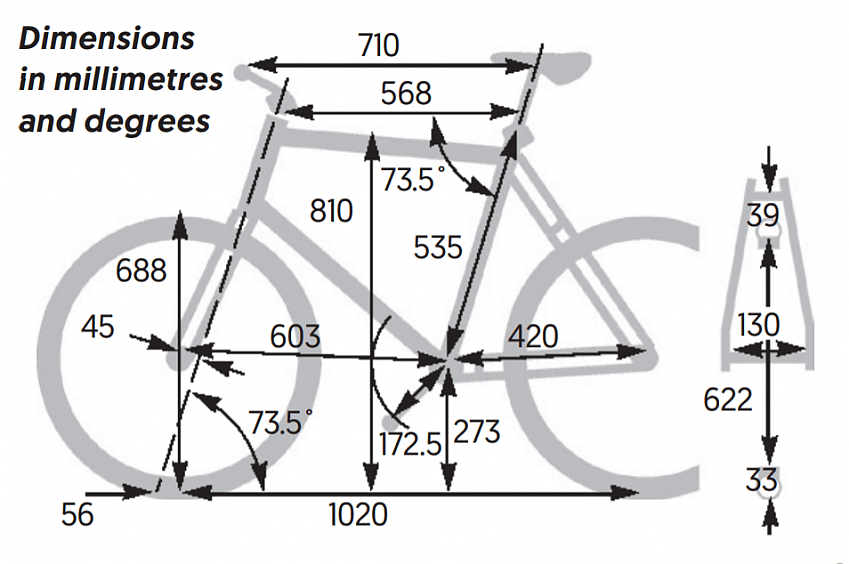 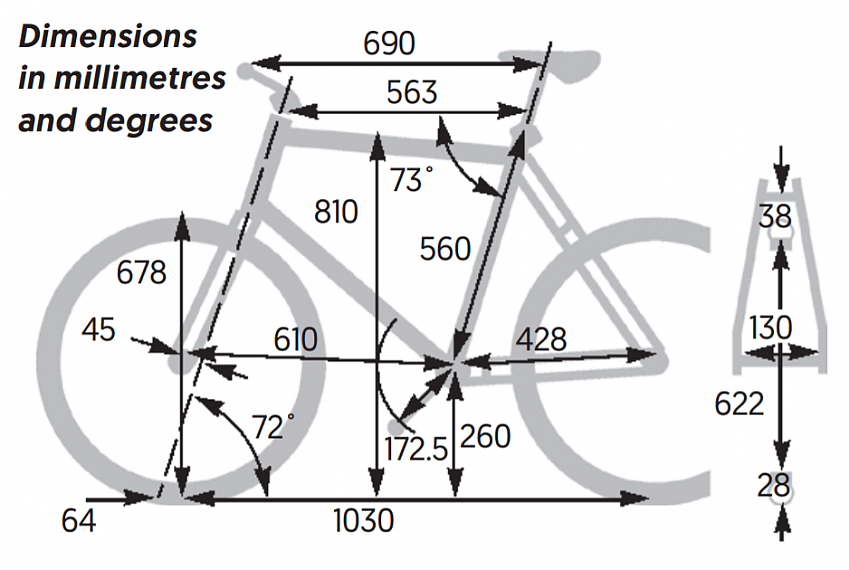 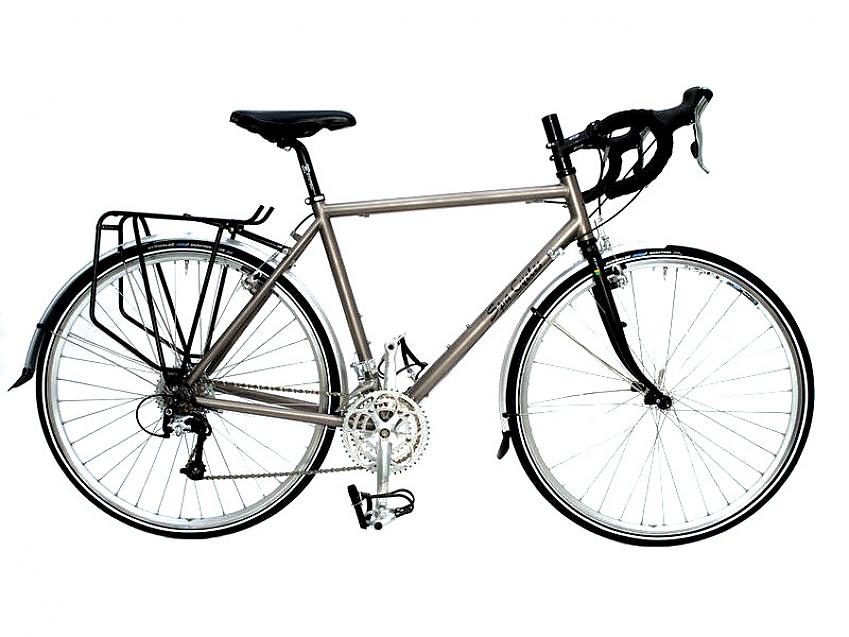 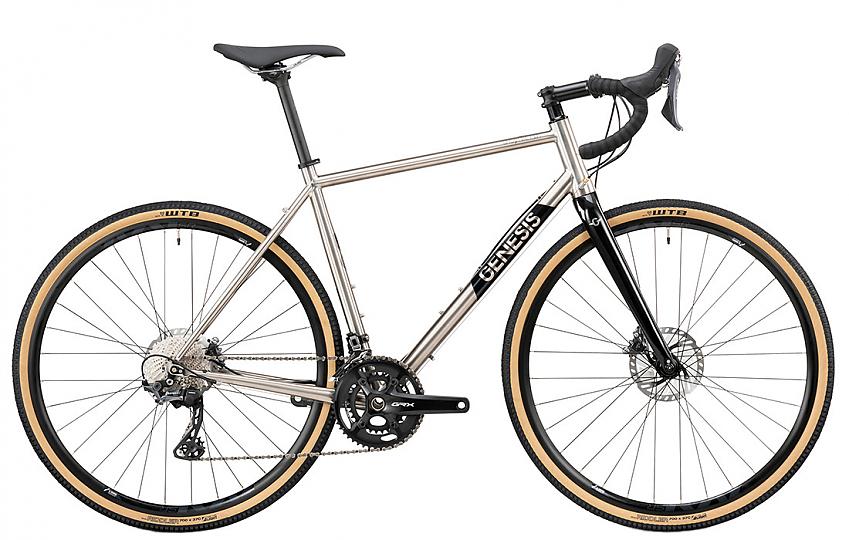