The Brompton Electric in action
By Richard Peace
Tuesday, 28 May 2019

The Brompton’s fame precedes it: it’s a benchmark folder that packs down quickly and extremely compactly yet rides reasonably well. These aspects have already been well covered in Cycle (cyclinguk.org/cycle/biketest- compact-folding-bikes), so this review will focus on the new bike’s electric-assist aspects. Design-wise, even though Brompton developed its own system in association with Williams (of Formula One fame), it is a pretty conventional solution.

A slim and sleek hub motor sits in the front wheel, with an easily-removable battery mounting where the front luggage block usually fits. The only other sign that this is an electric bike is the small ‘black box’ that is part of the battery mount and acts as a kind of junction box for the hub motor and LED lights wiring.

This isn’t a radically new design approach for a Brompton electric bike; retrofit options preceded Brompton’s own electric version and some favour a similar approach. Brompton have replaced the potential to carry capacious front luggage with a 312Wh battery (with an integral USB port for charging your phone and other devices on the go).

It’s great for getting the battery off in a trice, as you’ll want to do when folding the bike, as it cleverly leaves you with two lighter items to carry rather than one heavier one. But it does limit your luggage carrying capacity to 1.5 litres. There is an optional bigger bag (+£130), rated at 20 litres, which gives some storage space either side of the battery. The Brompton website doesn’t appear to offer a rear rack as an option, which would increase luggage capacity further.

Still, on the bike it looks a very smart design, with the electric cabling very neatly routed and the front wheel easily removable (in the event of punctures etc) via a ‘screw and pull’ connector in the power-feed cable. The LED cable runs are similarly neat and tidy.

The top of the battery unit features an on/off button, which also lets you toggle between the three power settings, and an on/off button for the lights, which also have an automatic option. This arrangement has the advantage of not needing a cable run to a handlebar control but the disadvantage that you need to lean over the bars to adjust power levels. The bank of blue LED lights is highly visible and it’s easy to see the settings you’ve selected at a glance.

Luggage capacity quibbles aside, the motor system looks well integrated and thought through, in particular the easy push-of-a-button mounting of the battery pack. The connector has an automatically retracting cover that shields it when the battery is removed. 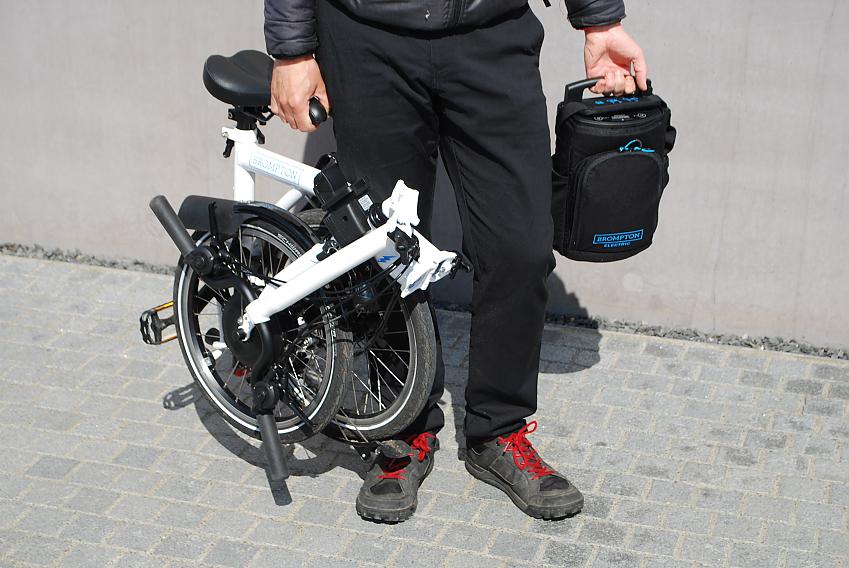 How does the electric system perform out on the road? I found it helped power me around the Pennine foothills between Wakefield and Huddersfield pretty effectively. The bottom brackethoused torque sensor introduces the power as you step on the pedals. Torque sensing is the system all the better quality e-bike motor systems use, so its presence is reassuring. It avoids the haphazard power delivery of more budget systems that use a simple crank motion detecting system.

I found power delivery did differ from other torque-sensing systems like Bosch, however. Firstly, the really raw power isn’t there but that’s to be expected and is no criticism; if you want a Bosch-powered folder you will be getting a 20+ kilo e-bike that folds rather than one of the best folding bikes with electric assistance (and which is several kilos lighter than most Bosch-powered folders).

In practice, the Brompton Electric got me up plenty of hills around 1-in-6 without any great effort. The power delivery did feel a little unpredictable compared to high quality mid-drives like Bosch, with occasional unpredictable surges or dead spots. The transition in and out of power around the 15.5mph cut out limit was pretty smooth. The motor did emit some noise in operation though I didn’t find it too intrusive, even in the quiet of country lanes. It’s a gentle hum, rising at times of peak power.

As mentioned, the battery bag – Brompton call it the Essential Bag – can be changed for the City Bag to add a bit of extra storage space either side of the battery. Finally, there is the choice of a black or white frame.

The Brompton Electric keeps the quintessence of the Brompton, its super compact and quickfolding nature, while adding a good dose of electric assistance that impresses with the power available from such a compact motor. If Brompton could add a reliable wireless handlebar control for easily selecting power levels while riding, make the power delivery a little more predictable, and add more luggage capacity, it would turn what is a pretty impressive and relatively light folding e-bike into a great one. 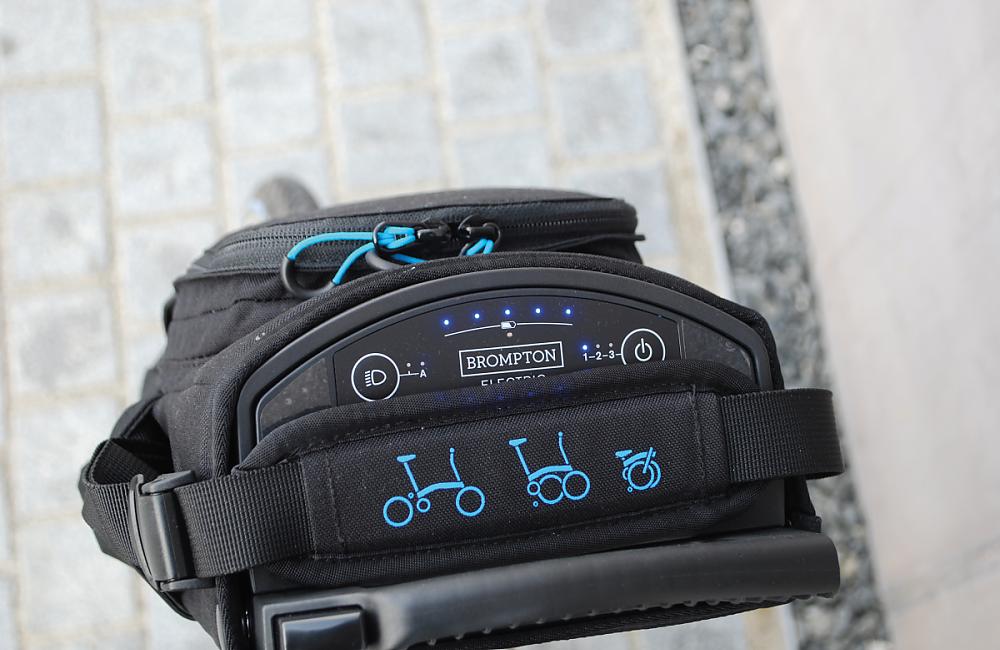 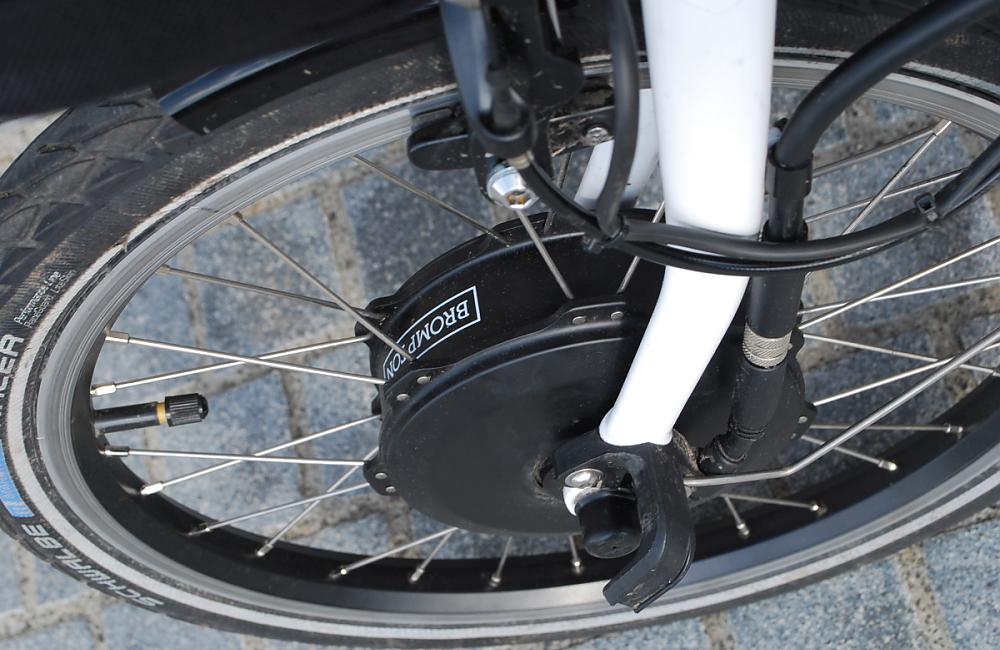 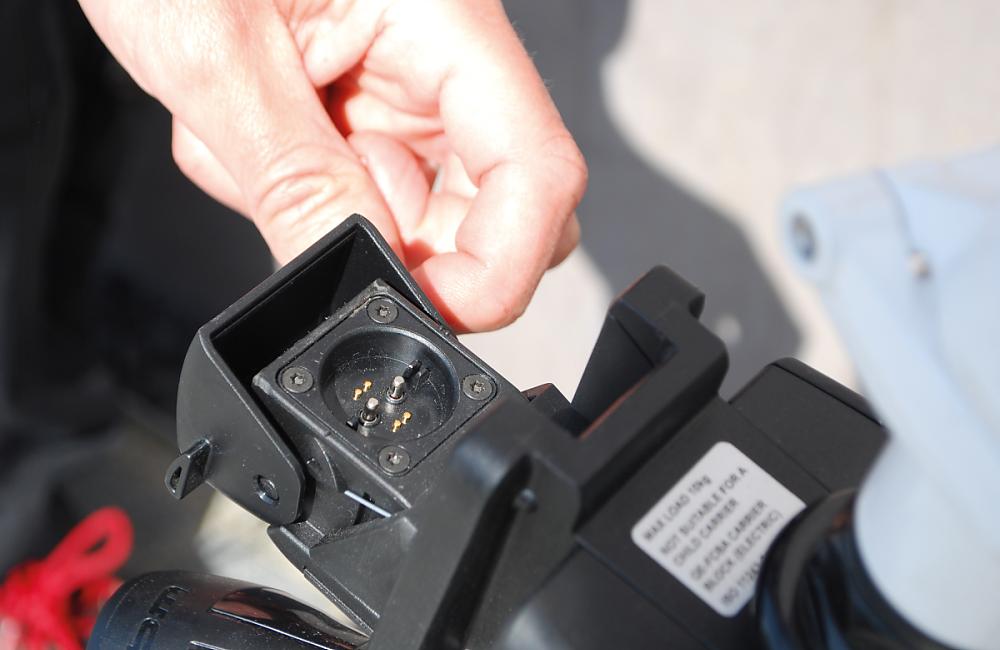 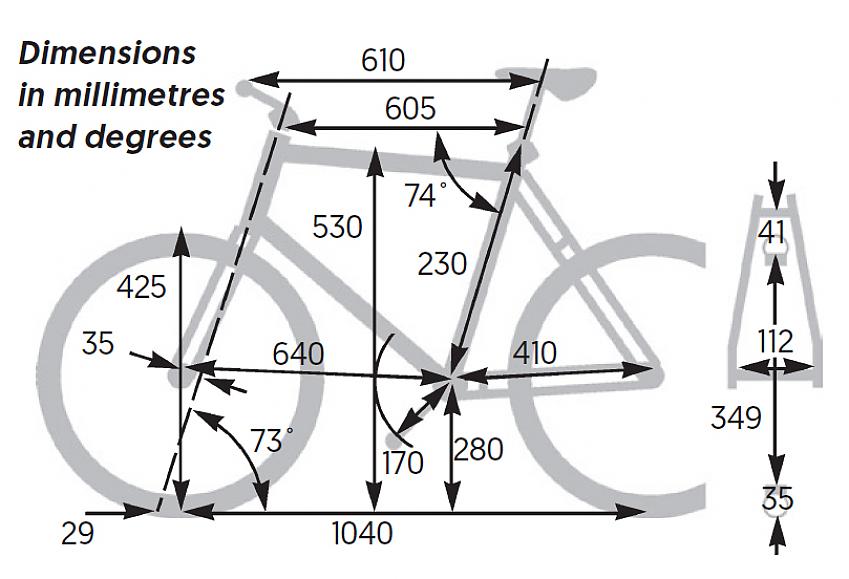 Less sophisticated than Brompton’s e-bike but a proven system and attractively priced for a retrofit kit.

With a claimed weight of 17.8kg and a range of “up to 40-miles”, the new quick-folding GoCycle GX looks like a Brompton Electric competitor.

On my bike: Michael Smiley View