Missing your daily dose of cycle commentary on your commute? Whether you’re self-isolating or social distancing, these podcasts will be music to your ears 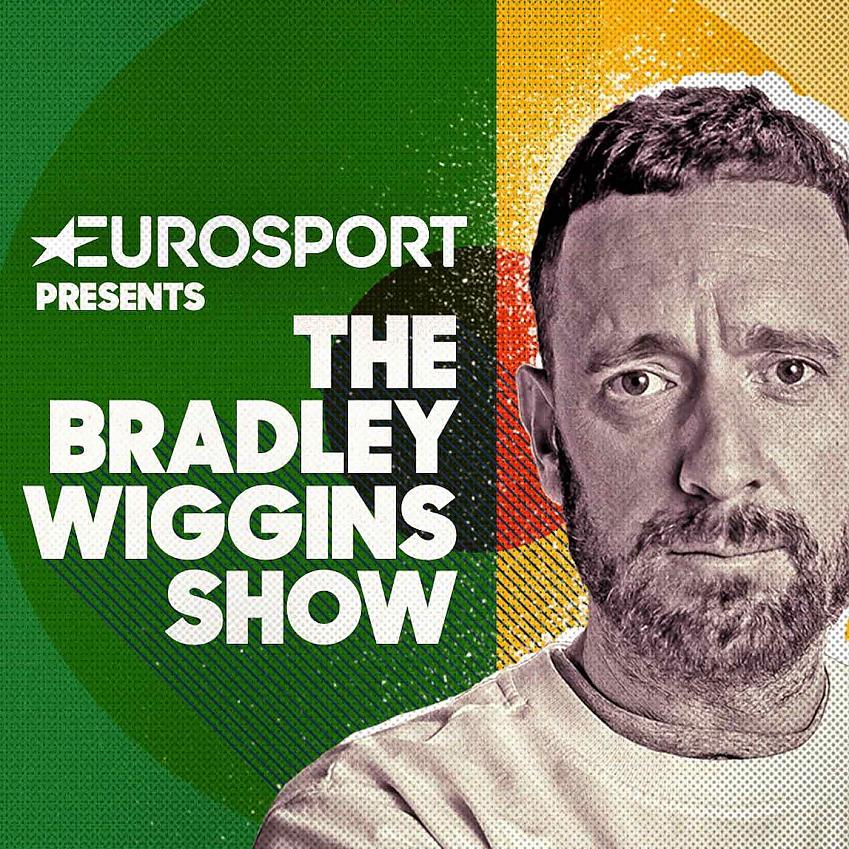 Hosted by Eurosport and now in its third series, Sir Brad and Graham Willgoss are joined by the likes of Sean Yates, Peter Sagan, Nairo Quintana and Matt Stephens, as they discuss the year’s biggest races and hot topics from the world of cycling.

Funny, laid-back, relevant and with Wiggins at the helm, listening makes you feel like you’re chatting to your friends over coffee and cake during a ride.

He’s been there, done it, got the jersey, and he tells it like it is in the peloton. 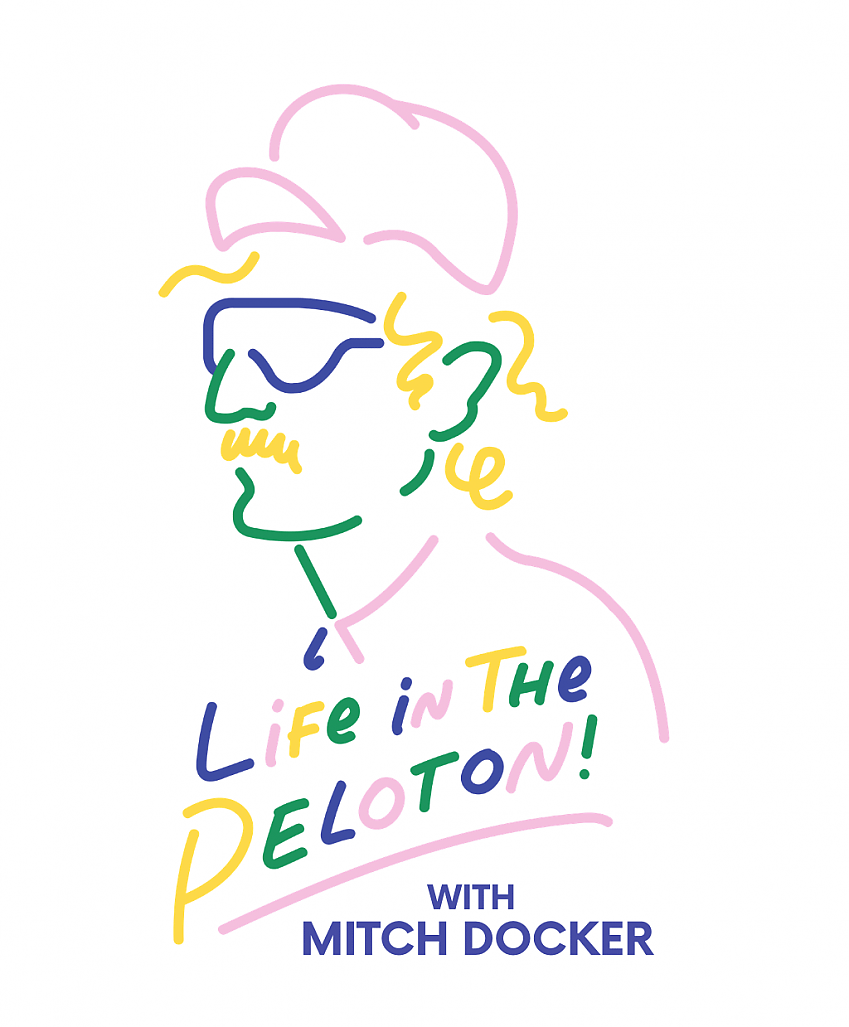 Life in the Peloton

Presented by Australian pro Mitchell Docker, Life in The Peloton gives listeners an insight into what happens behind the scenes in the professional cycling world from the likes of David Millar, Gracie Elvin, Phil Liggett, and Matt Haymen.

Focusing on cycling as the link between all the guests who appear on the show, the podcast aims to explore varied topics, from stories behind the personalities in the sport, to the latest in cycling news, tech and training. 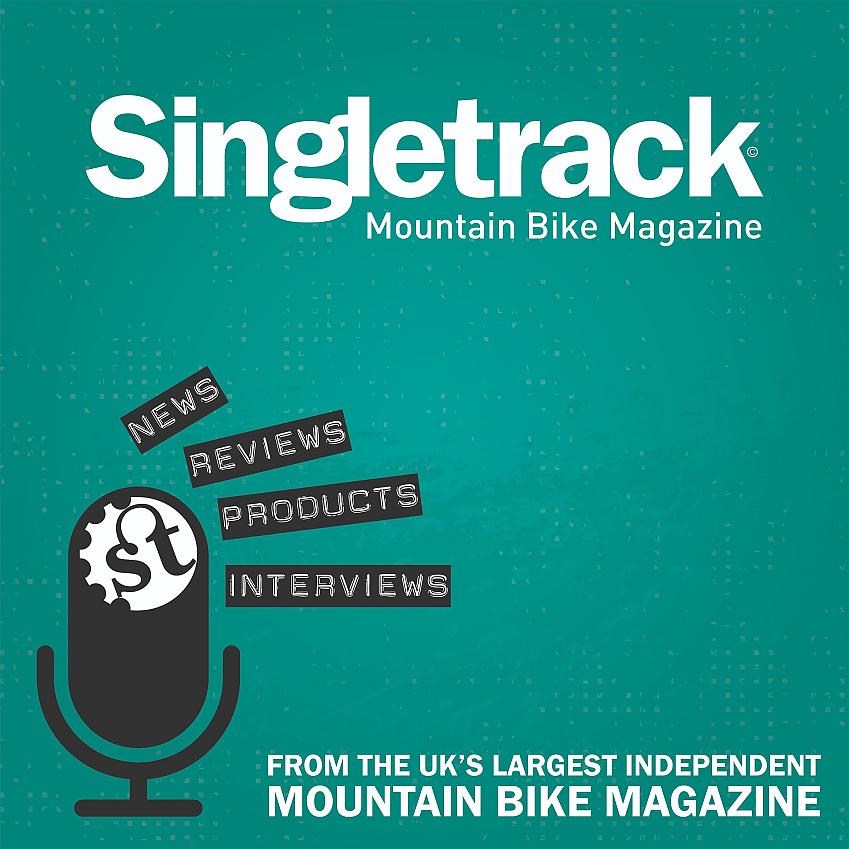 Now in its second series, Singletrack is presented by Mark Letch, journalist and author, and Hannah Dobson - Editorial Manager at Singletrack Magazine and one of our nominated 100 Women in Cycling last year.

Singletrack includes mountain biking news, reviews and opinion from the people who bring you Singletrack magazine and singletrackworld.

Down-to-earth and engrossing, with the likes of Cedric Gracia and Matt Walker as guests, there’s a broad range of content delivered in a relaxed manner – great listening for whatever mood you’re in. 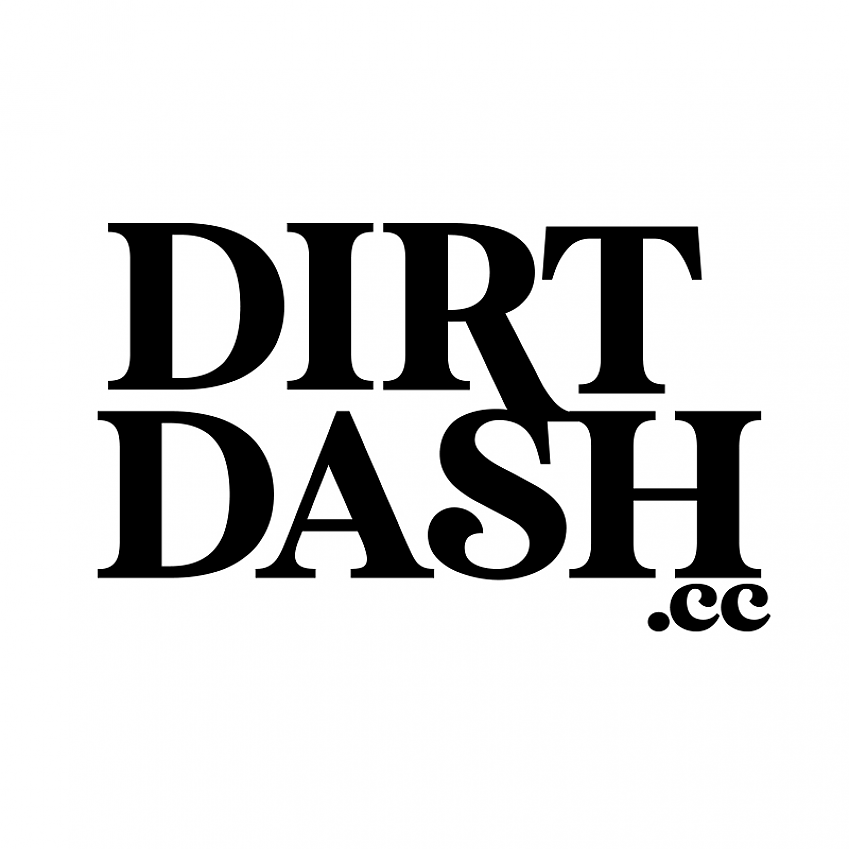 In this new podcast, Markus Stitz, and Charlie Hobbs of the Dorset Gravel Dash meet friends of the Dirt Dashes and muse about gravel riding, singlespeeds, bikepacking and much more.

The first episode feature Oli and Jack from The Overland, a small independent, no-nonsense, sustainable brand creating versatile sportswear which seamlessly transitions to every day wear.

The first impression I get from listening to these gents is that they want to encourage no frills, inclusive cycling that takes you back to your childhood and is full of fun, joy and adventure.

They want you to get on your bike and ride. No need to be in full kit. Just you and the bike - we're on board with that.

Presented by Katherine Moore and Tom Bonnett, Unpaved is a UK-centric gravel, adventure and bikepacking podcast exploring why and how the off-road movement is booming.

Based in Bristol, Katherine is a gravel and bikepacking enthusiast, cycling writer and guide, and a former presenter at the Global Cycling Network.

Tom is a BBC Sounds producer, capturing cyclists at the limit of their endurance on the Transcontinental Race and Trans Pyrenees Race podcasts.

Join them as they travel the length and breadth of the UK, seeking out the very best off-road riding in the wild and wonderful British Isles by following the riders, route experts and gear designers to help you get the most out of leaving the tarmac behind

Listeners are rewarded with the route and highlights of each ride they take on Komoot, so you can enjoy the locals’ best off-road trails all over the UK, too.

Unlike other podcasts which make riding feel exclusive if you don’t know who’s who or what’s what in the cycling world, Unpaved is instantly inclusive – the show has a very ‘get on your bike and go’ feel about it which, not being a studio podcast is its aim.

I just need to order an off-road bike now… 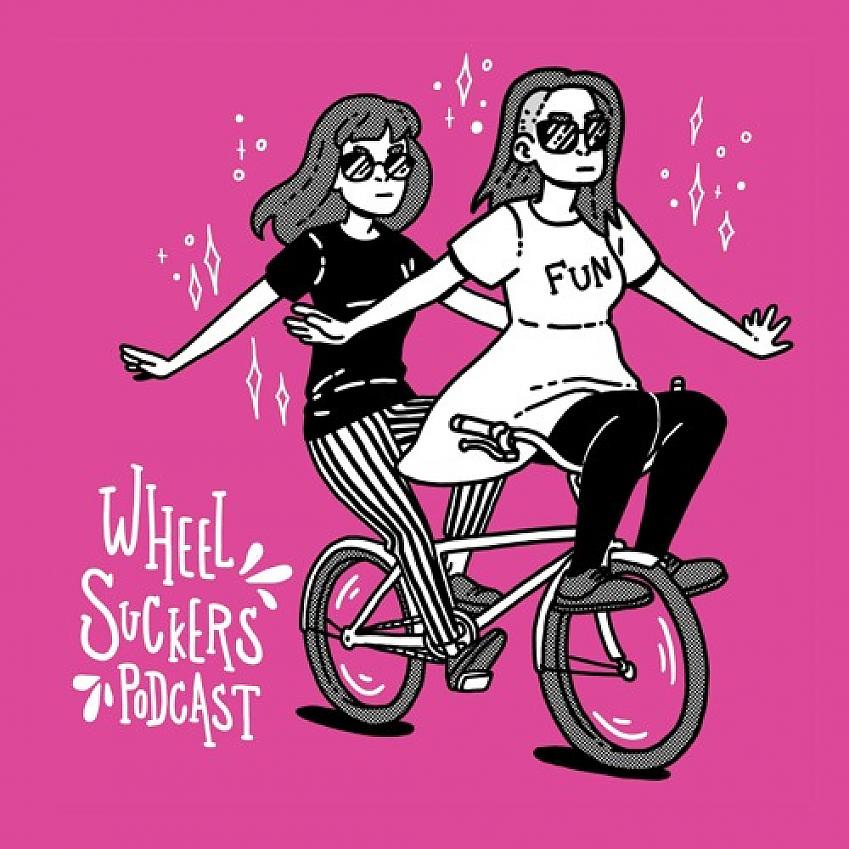 First recorded on International Women’s Day 2017, Wheel Suckers is hosted by Alex Davis of London's Look Mum No Hands cycling cafe and Jenni Gwiazdowski (one of our nominated 100 Women in Cycling that same year) from the London Bike Kitchen.

Currently in their third year of running the podcast, they’ve had guests such as Tiffany Lam, Emily Chappell, Laura Laker, and Jools Walker along the way.

Brutal honesty - they discuss a range of topics from harassment, to mental health in cycling - coupled with a plentiful supply of comedy make for an interesting listen. Yes, Bikeoke (aka Karaoke on bikes) is a thing, and you’re right, Specialized really did do an e-bike collaboration with Playboy back in 2016.

Their shops have a strong sense of community and they have a genuine interest in making cycling more inclusive. 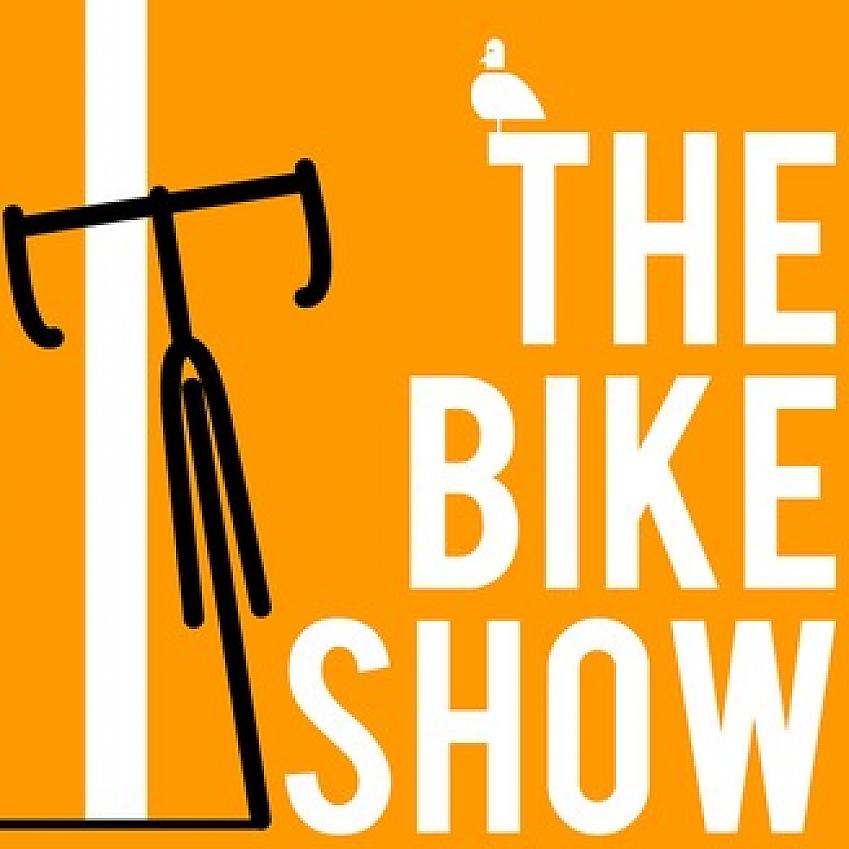 The longest running podcast on our list, The Bike Show is presented by Jack Thurston, author of ‘Lost Lanes: Short Jaunts and Epic Excursions by Bike in Southern England’ and has been rolling since 2004.

From Tour de France to roller-racing, from Brompton commuters to bicycle messengers, from Kraftwerk to hip hop, from urban design to countryside trips, the podcast explores a broad range of topics:

Literature, science, politics, history, travel, sport, art, music, and the pleasure of cycling - all in a weekly half-hour show.

There’s something for everyone to enjoy. 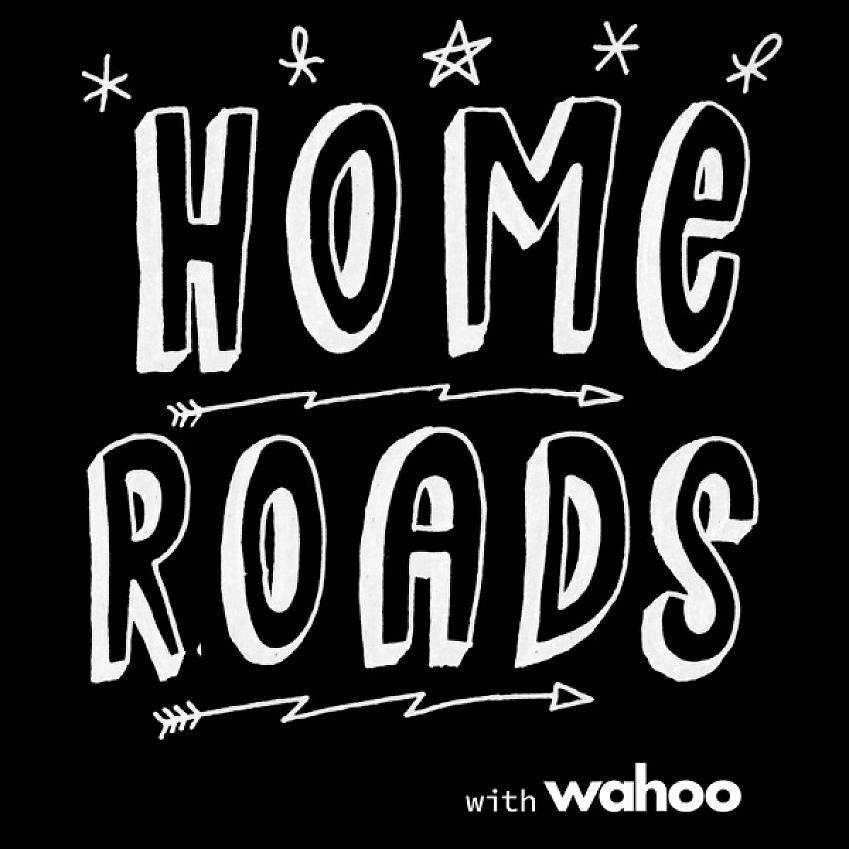 My favourite podcast of the lot, Home Roads is hosted by presenter and journalist Matt Barbet, as he rides with some of the most interesting people who include cycling in their daily lives, not just names from the professional cycling world.

Join Matt and a colourful host of characters like Grayson Perry, Dame Sarah Storey, Sir Bradley Wiggins, and Jon Snow as they get out on their bikes on the roads they know best.

What I like the most about the podcast is that it's not recorded in a studio, it's not about the most majestic mountains, or the routes of famous races, but the rides we all enjoy: the ones that begin at home - and it's when we're in the saddle, that the stories start to come out.

Funny, real, and fascinating content makes for an amazing listen wherever you are. 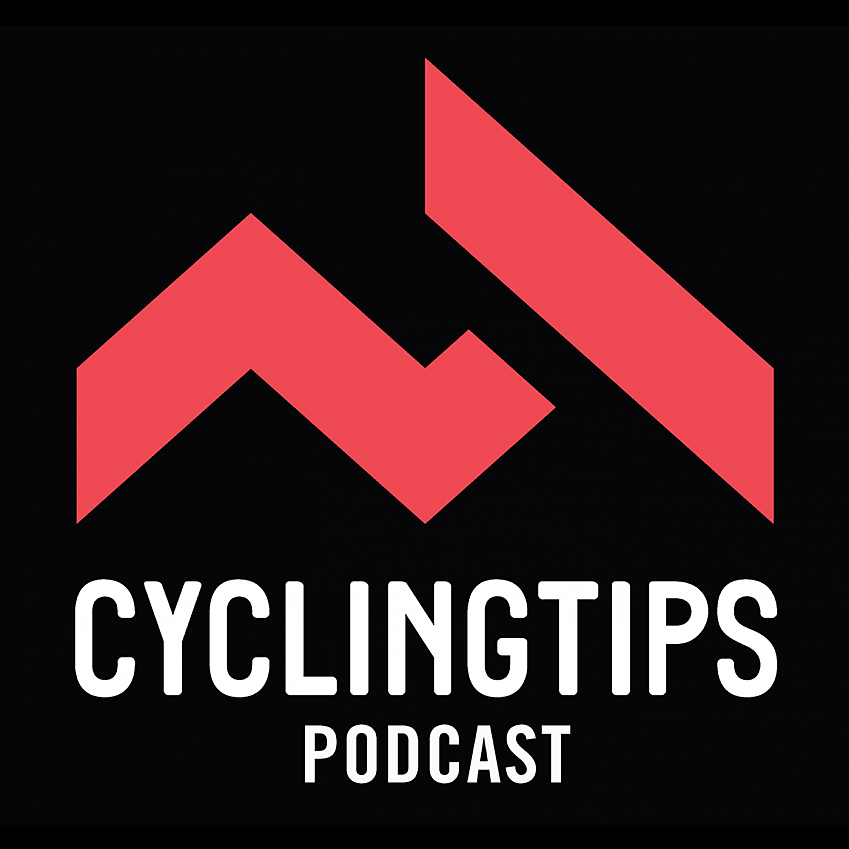 An Australian import seeking to inspire cyclists of all levels to become better and more knowledgeable riders.

Recorded weekly, and presented by a variety of anchors, CyclingTips is conversational in style, focusing on all things cycling, including the biggest stories in the racing world, topics from behind the scenes, tips for your riding and what’s new in tech.

If you're into engineering and science, gadgets and tech, this podcast will have you riveted.

You can find the podcasts reviewed in this article on all major host apps such as Apple Podcast, Acast, Audible and Spotify etc.

Do you have a favourite cycling podcast? Let us know in the comments. 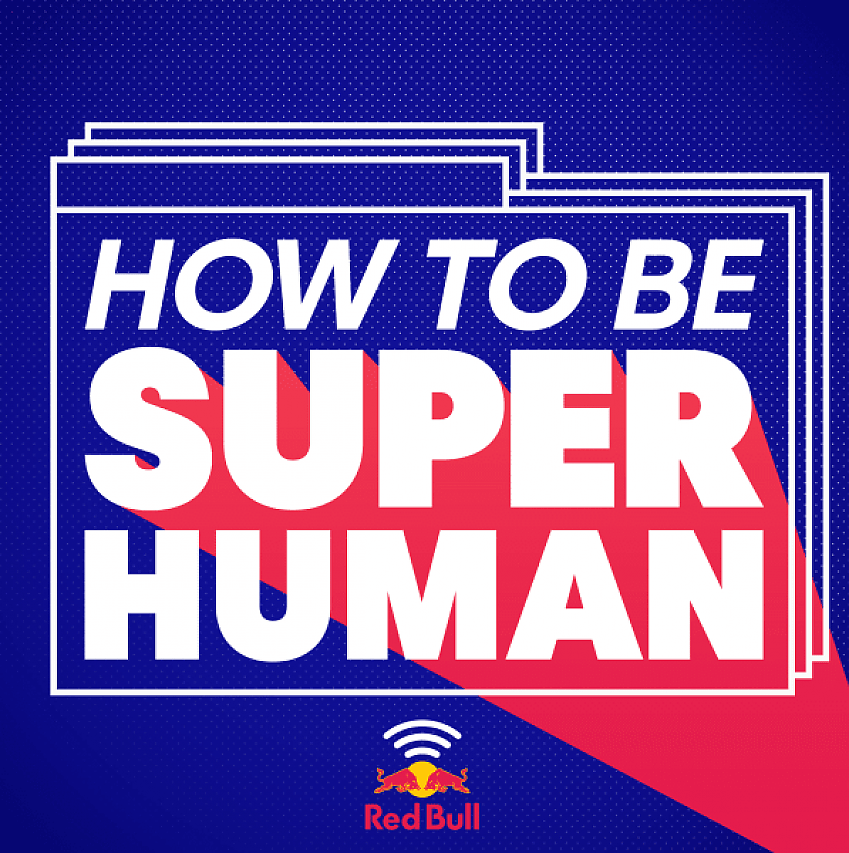 How to be Superhuman

Hosted by Red Bull, ‘How to be superhuman’ isn’t a cycling-specific podcast, but the very first episode ‘The man who cycled around the world in 78 days: Mark Beaumont’ is just that.

Presented by the elite distance runner Rob Pope, who traced Forrest Gump's footsteps to complete a 15,700-mile run across the United States, talks to Beaumont, who broke the world record for cycling around the world – a record which he himself had already broken, but was later taken off him.

Averaging 240 miles a day for 78 days and 14 hours, Mark talks to Rob about the challenges he overcame to finish the ride 44 days faster than anyone had before.

From battling extreme exhaustion to recovering from illness and injury, to dealing with the loneliness and the emotional pressures that come with being at the centre of such a knife-edge attempt, Mark explains how he pushed the limits of his own physical and mental capabilities.

Zoe Westerman, our Cycling Development Officer in West Yorkshire, is a bit of a fan girl over anything cycling endurance. She’s been running 24-hour velodrome challenges for a few years, so Mark’s story captured her interest.

She admires anyone who takes on ultra endurance cycles: “They just blow my mind. Mark is a great speaker, he always seems to get across what keeps him motivated through both the mental and physical obstacles.” 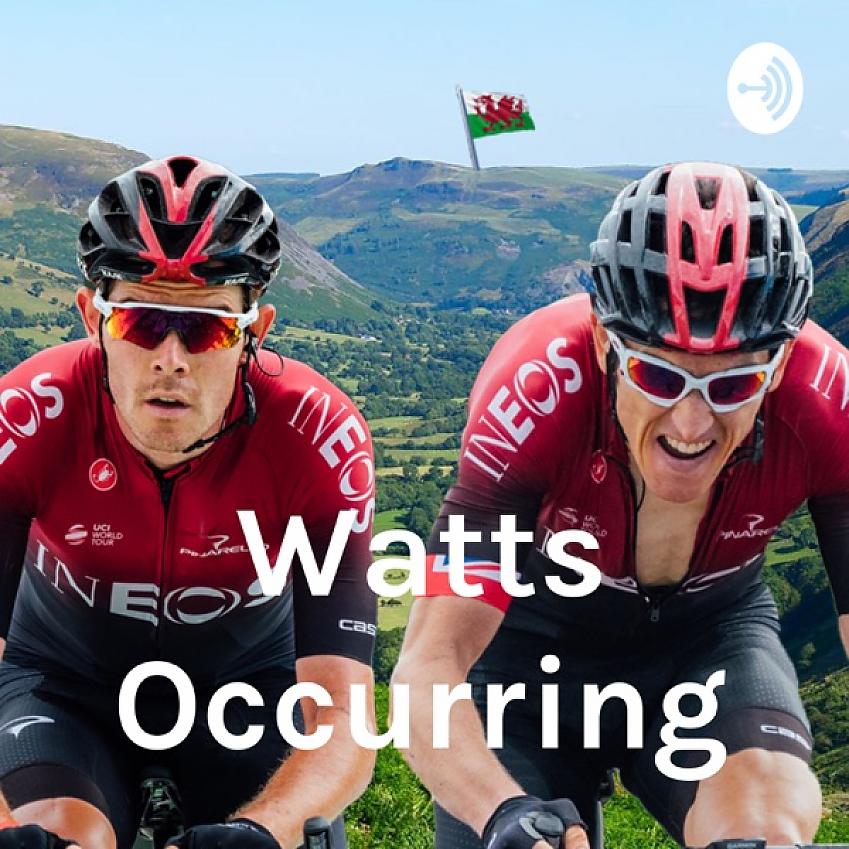 The right balance between professional insight, and poking fun at each other and their guests, they provide comedy and banter as they chat races, amongst other things.

On my bike: Matt Barbet View

CTC Podcast: A look back at cycling history and some festive fun View

Cycling in the time of coronavirus – NHS benefit or burden? View

Stuck in "shielded" at home I've been turbo touring in the garden with Jack Thurston's The Bike Show working my way through his substantial back catalogue. Aim to try The Cycling Europe Podcast with Andrew P Sykes next having enjoyed his books. Trying to maintain the equivalent of my usual 100 miles per week so I can ride again if I survive CO19