Four years ago, 29-year-old Caitlin Bartlett, decided to try to learn how to fix a puncture. Although she had cycled on-and-off for almost all her life, she found many cycling spaces and bike shops intimidating, and wasn’t able to solve simple mechanical problems when they occurred.

“I felt intimidated almost every time I entered a bike shop or cycling space. I was pretty terrified of getting a puncture!” she said.

“At points I was on the verge of giving up and thinking maybe cycling is just not for me.”

But over three years ago she started learning cycle maintenance at Beryl’s Night, a project to which the Big Bike Revival funding contributed this year, and now works as a cycle mechanic at Oxford- based, Broken Spoke Bike Co-op, passing on her knowledge to others. 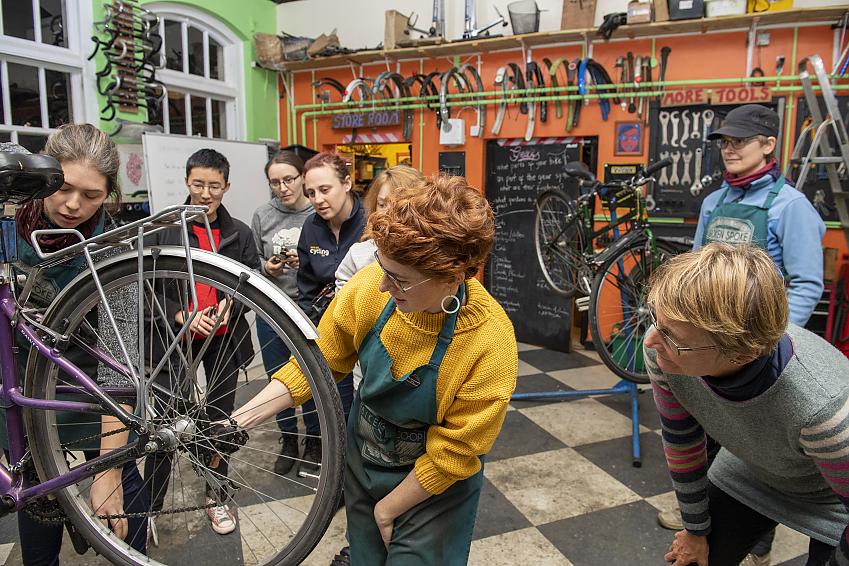 “The people working and volunteering there - many of whom are still involved today - were so friendly, encouraging, and kind.

“They let me explore my own bike and guided me, when I asked for it. The emphasis was on learning, and no thought or question was silly! It was amazing. And it really helped to shift that sense that I didn’t know anything about bikes. And, more fundamentally, shift the sense that I was someone who couldn’t learn about mechanics and bikes.”

Caitlin is now a qualified cycle mechanic working at Broken Spoke Bike Co-op. She is supporting volunteers, fixing bikes and has taken on the mantle of coordinating the organisation’s monthly ‘Beryl’s Nights’, workshop sessions that teach women and trans+ people about cycle maintenance.

“There is still so much work to do to make cycling an everyday reality for everyone,” said Caitlin.

“No-one is born with a spanner in their hand!

There is still so much work to do to make cycling an everyday reality for everyone. No-one is born with a spanner in their hand! 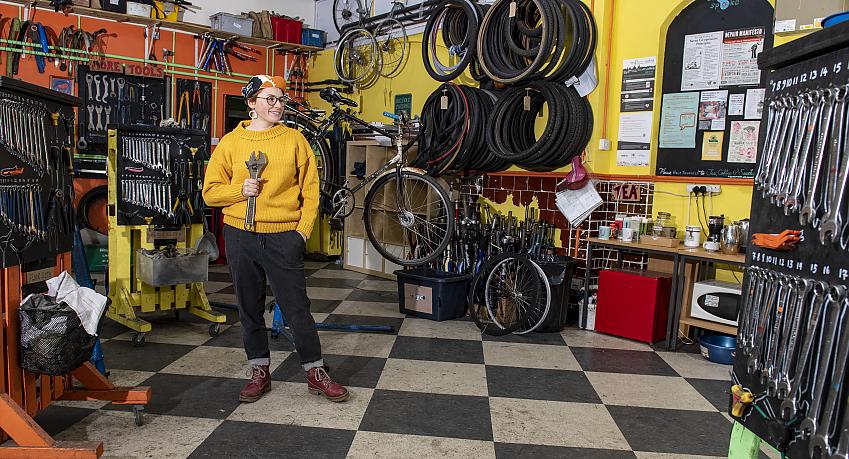 No one is born with a spanner in their hand

Caitlin and the rest of the team at Broken Spoke believe removing the barriers to cycling is fundamental to enabling more people, especially those under-represented in cycling like women and trans+ people, people of colour, and people on low incomes, to cycle more often. 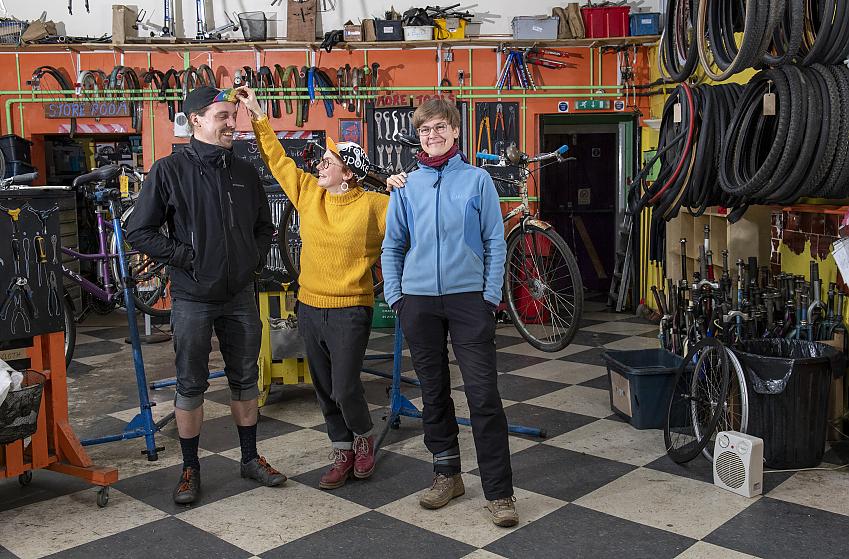 Cycling UK’s Big Bike Revival grant funding contributes towards Broken Spoke’s work to provide supportive workshops for women and trans+ people. Without further or increased funding the future of this kind of work is uncertain.

“Beryl’s Night and Broken Spoke have really been the route into cycle mechanics for me. Cycling spaces are still too often gendered and intimidating which puts off, rather than encourages, women and trans+ people to participate,” Caitlin said.

“Over the years, an incredible team of people at the Spoke have supported hundreds of women and trans+ people to learn mechanics, and many have gone on to ride regularly with other local clubs, or to more confidently cycle everyday knowing that if they get a puncture or other mechanical, they can fix it!”

Beryls Night, named after 1960’s cycling legend, Beryl Burton, is a monthly drop-in evening workshop that has been running since 2012. Over the last year attendees have been fixing up ‘Beryl the Bike’.

Each month participants focus on a different part of the bike each session until ‘Beryl the Bike’ is fully restored. 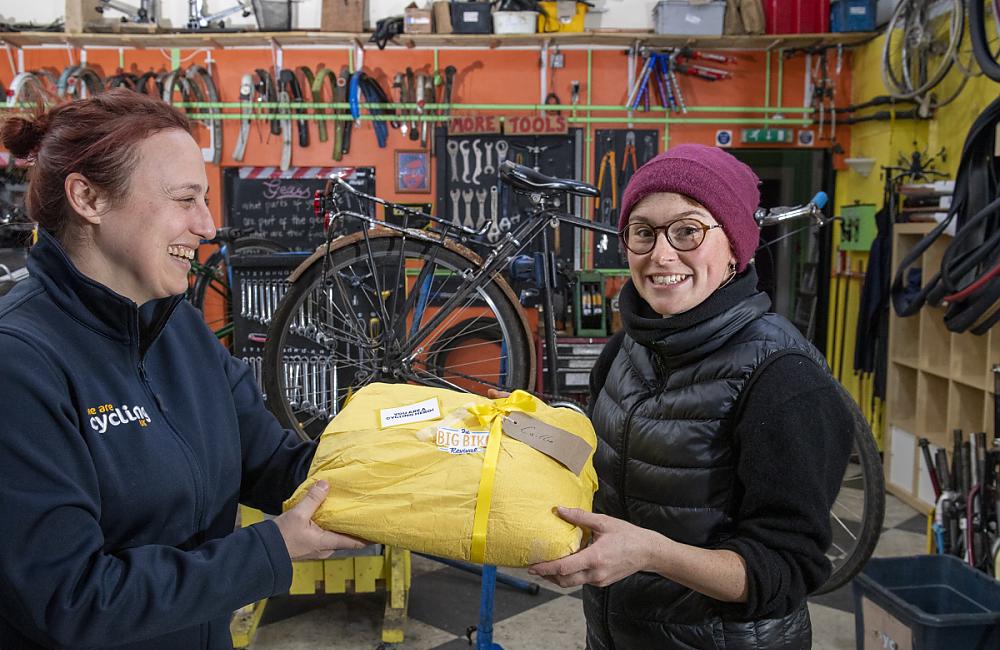 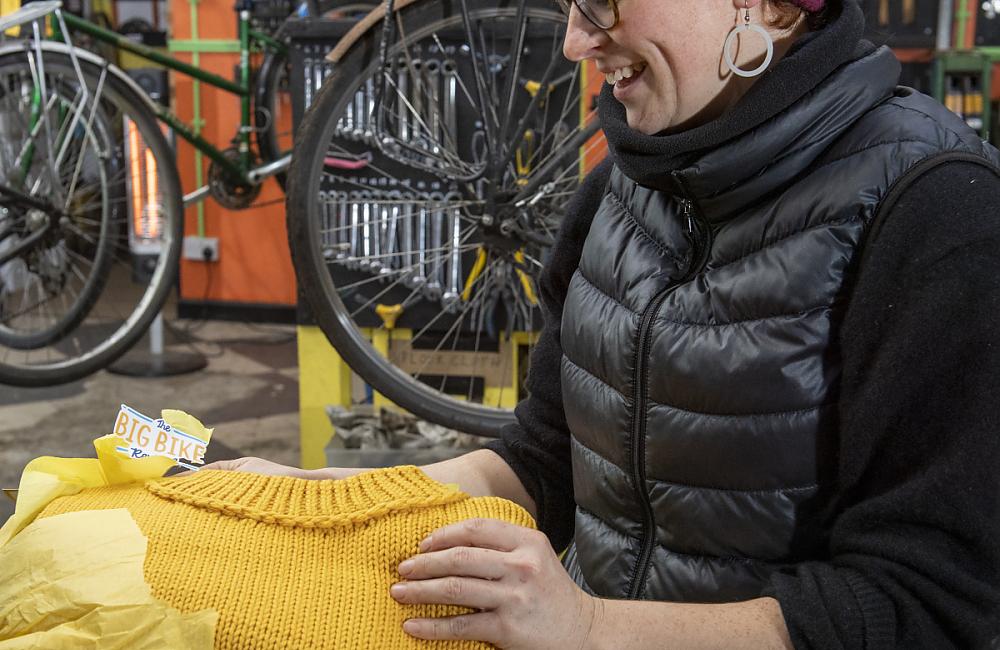 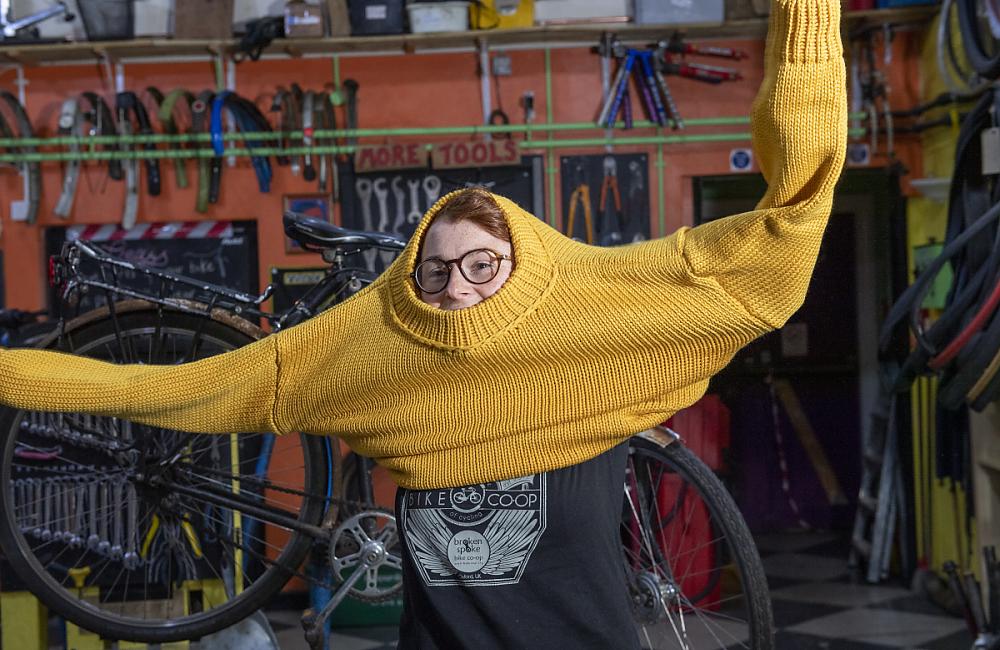 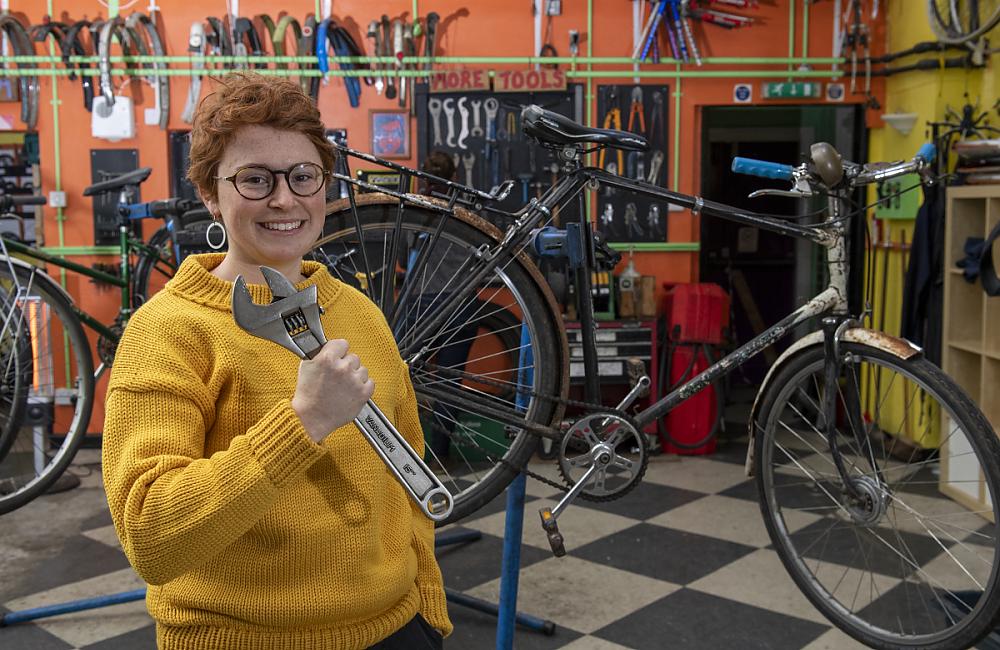 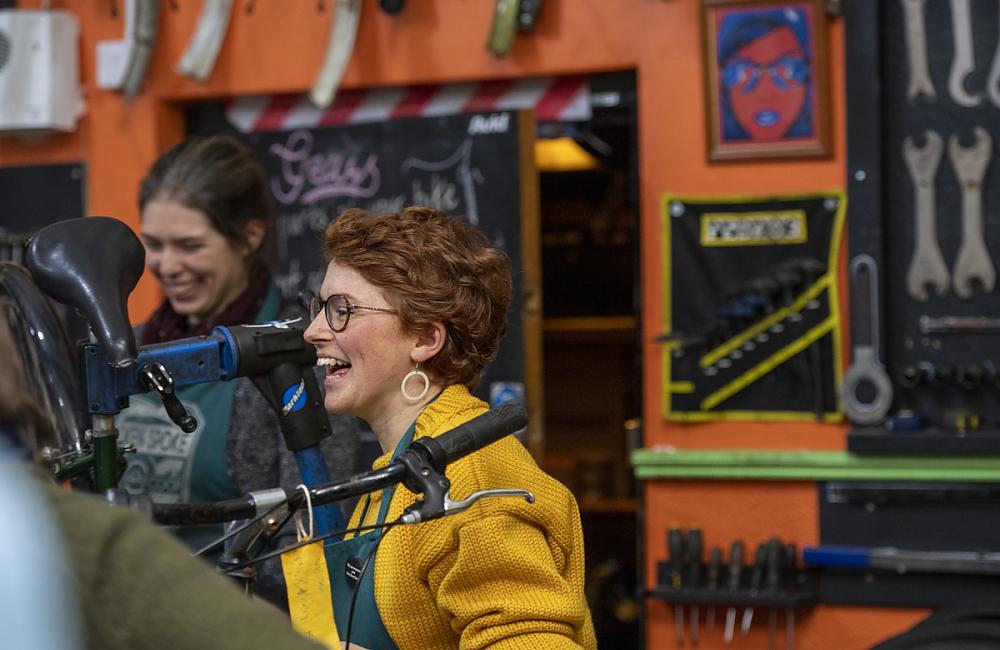 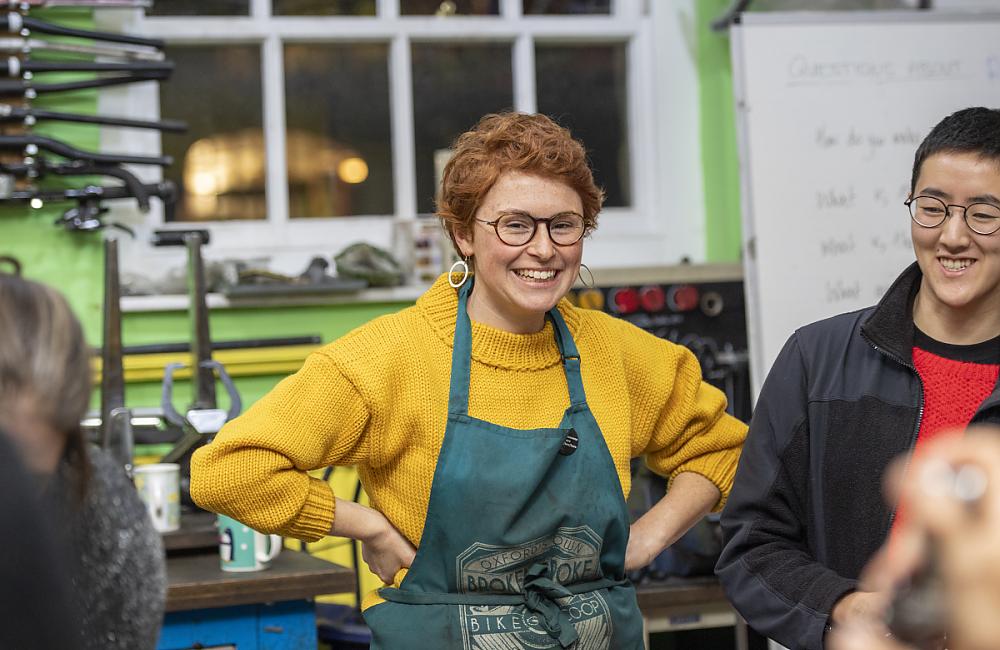 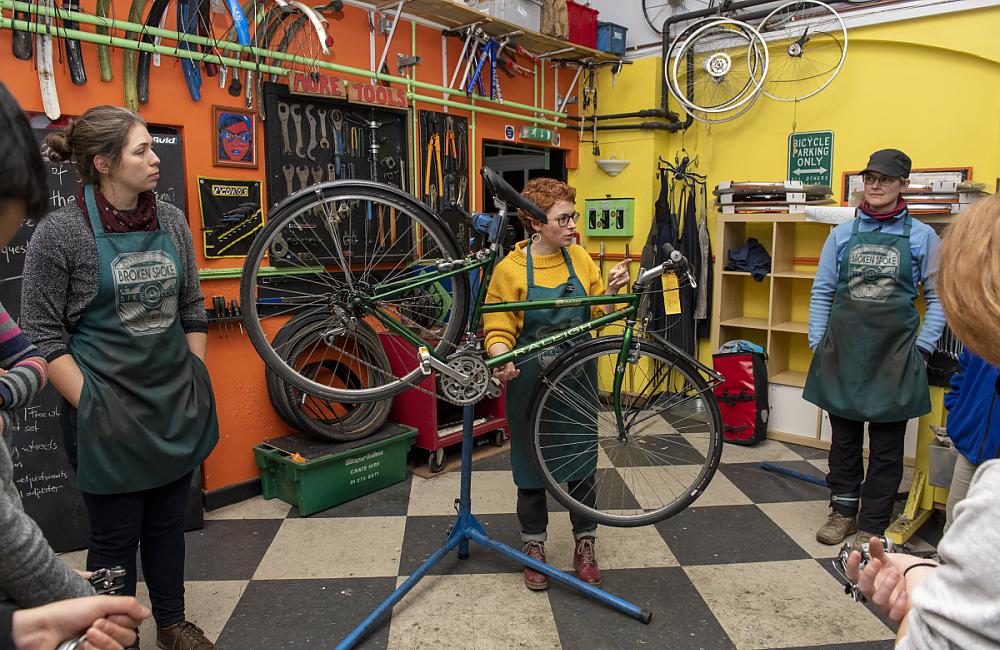 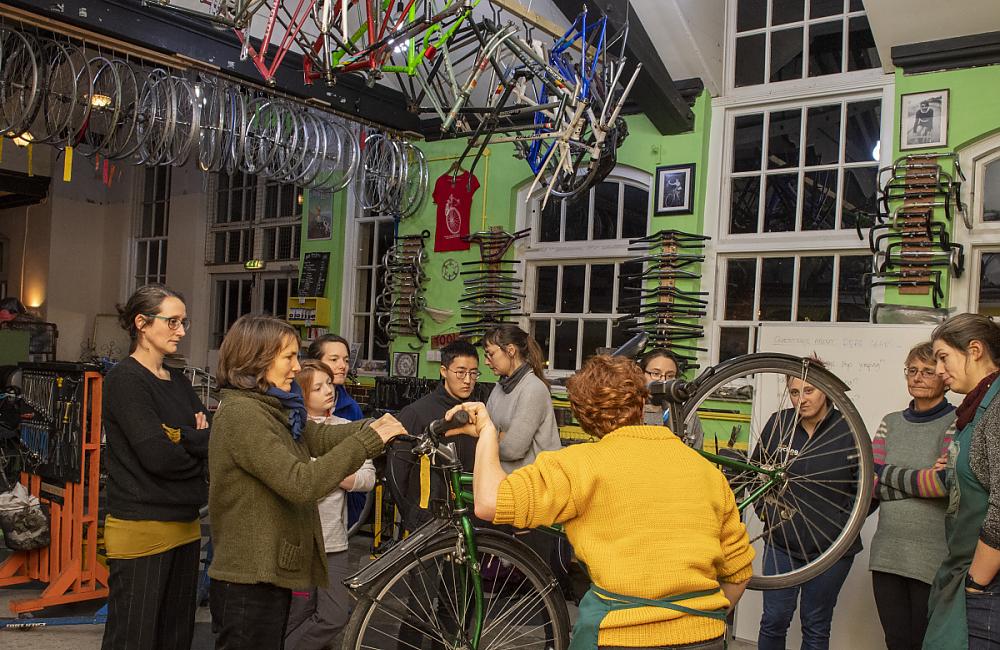 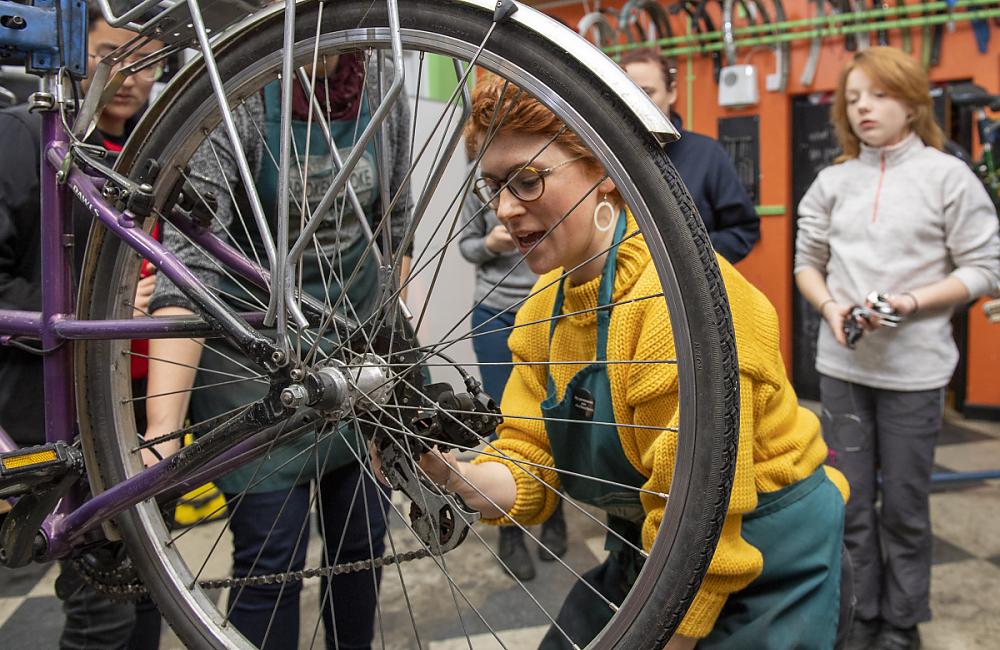 Find a local group in your area

UK’s first ‘Real Yellow Jersey’ awarded to everyday heroes of cycling View
You too can champion cycling in the UK
Give your support today to help Cycling UK’s charitable work tomorrow. We double every pound you give through other sources to help change lives and communities through cycling.
Volunteer now
Cycling UK continues to support the UK to cycle
This remains true during this difficult period with the ongoing threat of coronavirus Covid-19
Read our latest advice on cycling