Why I love cycling to work

Why I love cycling to work

For over a decade Cycling UK's Julie Rand has been cycling to work, she blogs about her choice of route and the highs and lows of being a cycle commuter.

For over a decade, I have commuted daily by bike to Cycling UK National Office in Guildford, Surrey. Luckily for me, it's only 6 miles each way, perfect commuting distance, and there's a choice of excellent road and off-road routes.

My preferred option involves a mix of quiet suburban roads, country lanes and a canal towpath that allows my husband and I to chat as we ride - me to Cycling UK and him to the local bike recycling project, where he works as a supervisor teaching maintenance skills just a mile from the office.

As it's June - and a gorgeous morning - cycling to work is an even more enjoyable way to start the day than normal. Without having to find and put on extra layers, leaving the house is quick and easy. As an added bonus, it's half-term this week, which means that even the busier roads are eerily quiet - it's amazing how much more traffic there seems to be when people are on the school run. But quite often there appears to be not much rhyme or reason to traffic levels - a minor incident on the M25 can cause complete gridlock miles away.

It's gloriously quiet and the views across the rapeseed fields towards the North Downs are sublime; even though we are just a couple of miles from civilisation, it can feel as if you're in the middle of nowhere."

Such thoughts don't bother us, though, as we zip around the back streets, enjoying both the lack of cars and a strong tailwind. Soon, we are on the country lane that connects the urban sprawl of Guildford with the town where we live - despite a ban on through traffic, it's often used as a rat run when the main roads are busy but today it's gloriously quiet and the views across the rapeseed fields towards the North Downs are sublime; even though we are just a couple of miles from civilisation, it can feel as if you're in the middle of nowhere. This is just one reason why we prefer this route, even though it involves a fairly stiff climb - the other being that, as you trundle slowly uphill, you can really savour the variety of the seasons and the changing landscape. 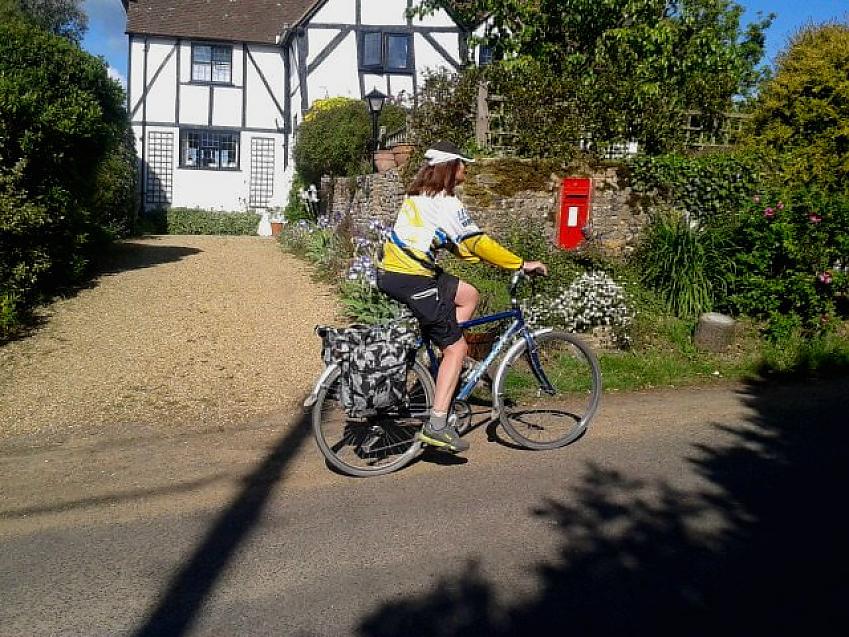 When we pass the 'Beware of Toads' sign, I can't help smiling - in nearly a decade of riding this route in both daylight and at night, winter and summer, I've never seen a single one crossing the road!

As it's been fairly dry recently, we then opt for the off-road route that goes past a field of horses and spot a couple of deer amongst them. Guildford town centre is just a mile away but how many of the car commuters on the congested gyratory would notice such things?

Leaving the joys of the countryside behind us, it's time to ride a short stretch of main road before turning off onto a contraflow lane that leads to the canal. I ride carefully along this section as, although it's a handy cut-through, it goes right next to some garden gates and I've nearly collided with unsuspecting pedestrians before now.

Now I'm on the canal towpath, which we have mainly to ourselves the rest of the year but on sunny spring and summer days, we share it with lots of other cyclists and walkers. I find that a tinkle of my bike bell is the best way to alert them to my presence - they are almost always grateful for the warning and happy to move aside.

Spotting the back doors to a friend's workshop are open as I pass, I take the opportunity to drop off a package to him - something that would be quite difficult by car as it fronts onto a very busy road. 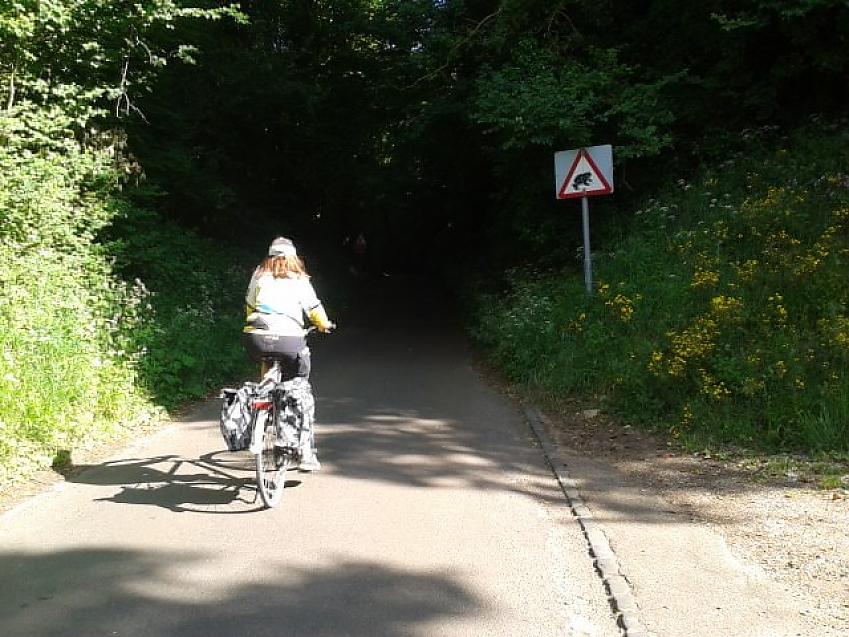 Carrying on, I spot the delightful family of swans and their eight - or is it nine? - cygnets that have recently appeared. Sadly, their numbers will probably decline over the next few weeks as they fall victim to foxes but hopefully a few will survive to swanhood.

The towpath is wonderful but does have some tight corners, which means more ringing of my bell as I go round them - quite a few students use this route and are prone to haring round the bends without thinking somebody might be coming the other way!

Finally, I'm on the road that leads up towards the Cycling UK office. The roadworks here make it harder than normal to navigate the potholes and road defects, which are often repaired only to reappear a few months later. I watch open-mouthed as a van flies past me and straight through the red at the temporary traffic lights - this road is often the scene of the worst driving I see on the whole journey: it's long and straight so tempts drivers to break the speed limit and go through the traffic lights on red. For some reason, however, it's only cyclists who would get a bad name if they dared do the same!

Never mind, at least there's a secure bike shed, a drying room, lockers and - best of all - a nice hot shower so I shrug off the comment. My Basil panniers are perfect for transporting clothes, toiletries and tools to work as they can be easily removed from the bike so I emerge a few minutes later looking like a member of the human race again - albeit a slightly crumpled one! - and ready for a day's work. Now, which way home will I choose this evening? 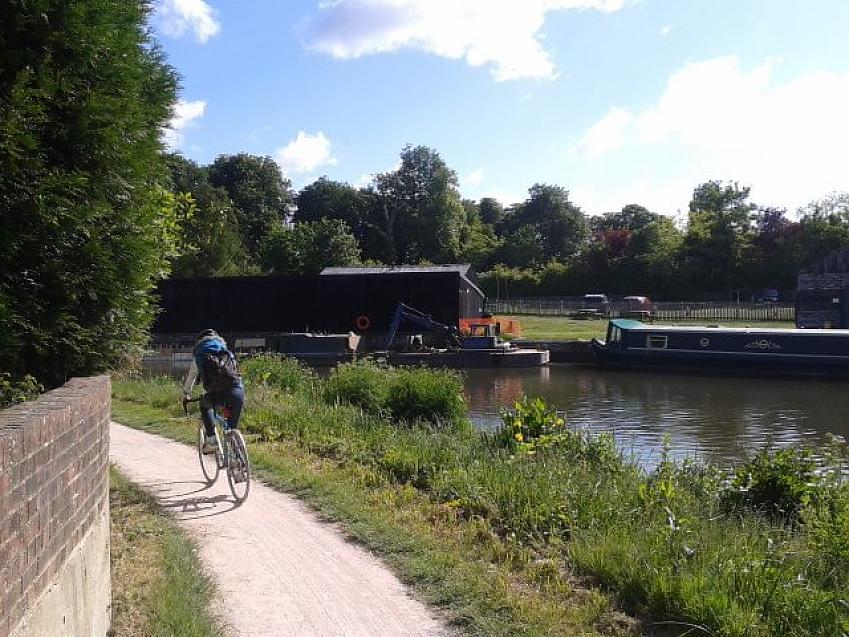