Infrastructure and Equity: Discussions from the Youth Bike Summit in NYC

Cycling UK continues to support the UK to cycle
This remains true during this difficult period with the ongoing threat of coronavirus Covid-19
Read our latest advice on cycling
Local residents may not approve of bike lanes as much as cyclists do
By ElizabethBarner
Monday, 3 March 2014

Infrastructure and Equity: Discussions from the Youth Bike Summit in NYC

CTC's Development Officer in Leicester, Elizabeth Barner, is from the US originally. By simple serendipity, she was able to attend a day of the Youth Bike Summit in New York in February and was amazed by the changes she found.

"It’s been five years since I was in NY just to talk about cycling*, and the whole of the city has changed since then. While there was too much snow to see much infrastructure or bike sharing, it’s very special to be in a city that makes headlines about cycling. And very exciting to be amongst people who have been studying cycling infrastructure as well as community and social cycling programmes.

I was lucky to attend a very, very interesting panel discussion and conversations that included Adonia Lugo (League of American Bicyclists) and Dorothy Le (Biking People Project) about equity and infrastructure - interesting in that there can be a 'disequity' in some neighbourhoods in a lack of cycling infrastructure, and also that communities can feel cycle infrastructure is one more piece of gentrification, of outsiders coming into a neighbourhood and taking it over. The call to do both community engagement and good, inclusive design simultaneously was strong.

There was  a video discussion on equity (with summary) with a report from the League of American Bicyclists about who is cycling (The New Majority).  It highlights working towards equity and joining 'invisible', often economically-motivated, cyclists to cycle advocacy.

I had a lot of doors open for me through cycling; it’s important to hold those doors open for the next people."   Diego, Youth Ambassador from Transportation Alternatives

There was quite a lot more discussion of equity in other places, including beautiful examples in the same panel discussion and I have mentioned a number of social programmes that impressed me elsewhere.  I am concentrating here on infrastructure because I think those of us who are keen for more, and who hear constant pleas for good quality infrastructure from people who don’t yet cycle, are not always aware of the good-in-my-eyes reasons neighbourhoods or communities may object to what we intend as improvements.

We have been shocked by news from New York or San Francisco of objections to bike lanes.  We often hear that people object to losing parking spaces, we don’t hear that they object to outsiders changing the character of their streets, to losing yet more control over where they live.  It felt important to be reminded that ‘good quality’ is subjective; we need the opinions of those whose streets are affected, not just those who wheel through them, though New York does produce good evidence of the need for 'protected' bike lanes as well." 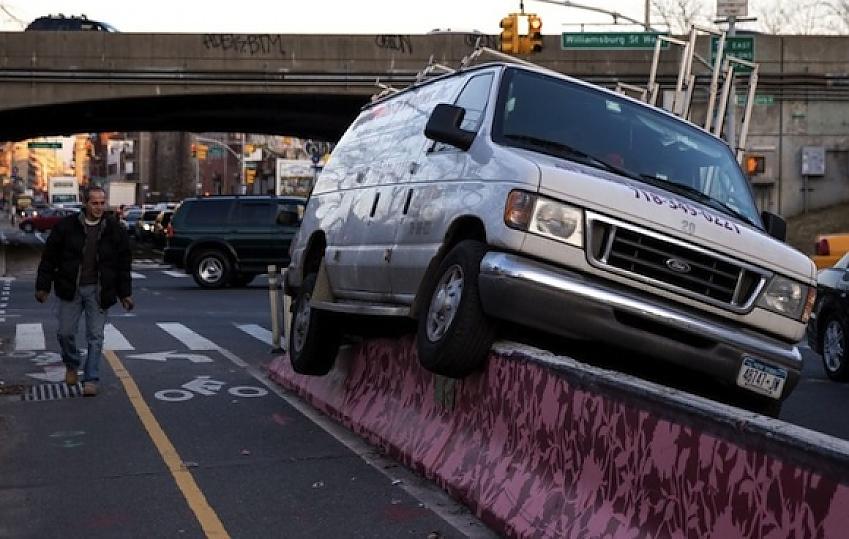 *I grew up there and usually visit to see people and to eat – I once stopped for a pizza between the plane landing and getting to my accommodation - not to see the streets.