Welsh plan for connected communities - why detail is important

Welsh plan for connected communities - why detail is important

The Welsh Government is about to legislate to force local authorities to map out and plan improvements to the cycle networks. Although a great step, I think it's vital that the routes are of a proper standard to make cycling attractive and feasible.

I greatly enjoyed a tour cycling the length Wales using National Cycle Network (NCN) Route 8 - Lôn Las Cymru - a couple of years ago. The route follows minor roads and, if starting from the south, begins on the Taff Trail, a traffic-free route that heads north from Cardiff. It's routes like these that local authorities in Wales will have to map out and plan improvements to under the proposed legislation.

It's a truism, but a chain is only as good as its weakest link, and the same goes for a cycle route. Networks for cycling only work properly if they connect up and it doesn't take much - a hostile junction, a short section of very busy road with no alternative - to completely scupper an otherwise perfectly adequate route. This is certainly a problem in urban areas but is even worse in the countryside, where the relative speeds of traffic is greater. Even a short stretch of busy rural main road is intolerable for most would be cyclists.

On NCN 8 much of the length of the route roughly follows the A470, the main trunk route running through the spine of Wales. Never is the NCN directed on to the A470 itself, but in some places the road makes the route placement extremely tricky.

A good example is the section of the route between Newbridge-on-Wye and Llanwrthwl. Here, where the Wye valley becomes very narrow, the A470 is the only asphalt surfaced route.

Instead of having to put up with the traffic on the A470 - where 3,600 vehicles per day thunder by, one in 10 of which is an HGV - Sustrans planned a route on the other side of the valley. Even though this was longer and much more up and down, it is vital to have such an alternative. Without it, NCN 8 just wouldn't work.

Even so, the quality of the surface route leaves a lot to be desired. The alternative route uses a series of minor winding lanes and then a 3km section of 'byway open to all traffic' - the entrance to which is pictured above. 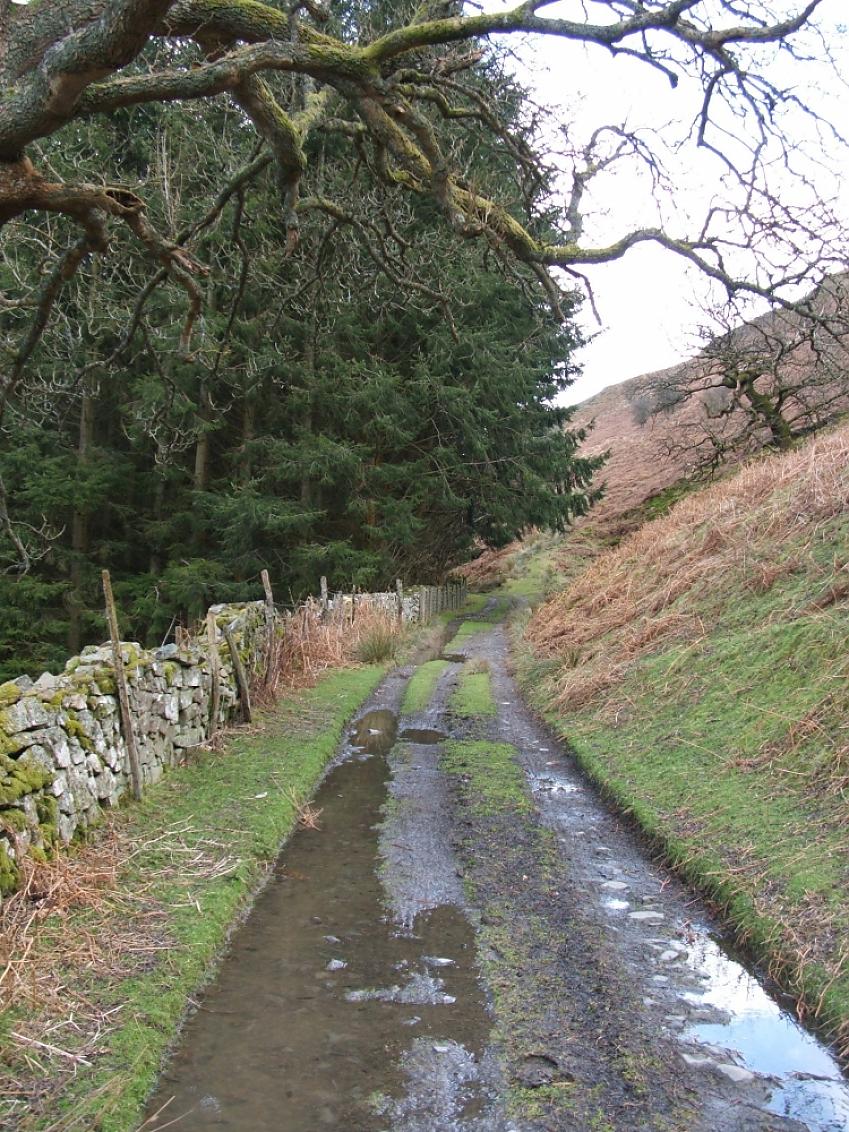 Byways, like other other rights of way, receive little maintenance. For some of its surface this route is rough gravel, but for other sections it was deep mud - see right.

On a fully laden touring bike as I was, this was an unwelcome and poorly signed surprise. For anyone in a hurry even a short section like this would make cycling as a transport choice a non-starter.

Further north, on a section of cycle path alongside the road between Elan and Rhayader, every farmer's field access that leaves the road and crosses the cycle path includes two gates blocking access to the path. These had to be open and shut laboriously for every minute of cycling, making a slow and bothersome journey.

In some places we can design cycle facilities well in this country, but for the most part the quality is very low. It's hampered by lots of problems, not least the power of landlords who control what can and cannot be done on their land across which the route has been negotiated.

I really hope that the political support that's been thrown behind cycling by the Welsh Government will ensure that from now local authorities make sure they plan routes that not only connect up properly, but are of an adequate surface and design.

The principles in the Bill are excellent, but the detailed design of paths ultimately what make a cycle route work.