How to avoid a Christmas cold - a guide for cyclists

Colds: don't get one this Christmas!

How to avoid a Christmas cold - a guide for cyclists

You cycle and are very healthy because of it. But is it still possible to avoid a Christmas cold? Yes, it is. Just follow these simple five steps.

For cyclists, the happy news is that the NHS recommends regular exercise as a defence against colds. No one can deny that cycling is exercise and, according to research, helps ward off all kinds of diseases, some of them a lot nastier than colds.

What’s more, cyclists are dream employees when it comes to absenteeism: on average, cycle-commuters take more than one day less sick a year than their colleagues who don’t ride in, we are reliably told.

So, maybe cycling does make you less vulnerable to bugs. All good. But, let’s be frank: cyclists still get colds. I get them, I admit. My colleagues here at Cycling UK’s office get them. People miss club rides, pro-races and even cycle campaign conferences because of them.

If this nosey little viral infection can find a way of infiltrating our supremely healthy bodies, then there’s a pretty fair chance that it will. And it just loves Christmas. Undeniable fact.

What else, then, can we do to give ourselves rather better odds of seeing the festivities come and go without the classic symptoms, which are, the NHS says: a sore throat, a blocked or runny nose, sneezing and/or a cough?

As someone whose medical intelligence comes exclusively from online searches, a distant stint behind the pharmacy counter at Boots, along with scientifically unsupported assumptions and a few anecdotes, I advise you to try the following five things:

1. Cut yourself off completely from society for at least three weeks before Christmas. If anyone lives with you, send them away to anyone who’ll have them.

This is the only infallible way of avoiding colds. As a hermit, you won’t be in the firing line for someone’s sneeze, and no sniffly person will be around to coat doorknobs and hand-rails etc. with a cold virus that is only too keen to jump aboard and infect you.

If you’re already incubating the virus before you go into isolation, three weeks gives you enough time to develop, suffer and, I very much hope, recover from it by 25 December.

If you get bored all by yourself, spend an afternoon memorising the NHS instructions on how to avoid colds, and marvel at the evidence on whether vitamin C, echinacea or zinc really reduces the risk.

If that doesn’t entertain or reassure you sufficiently, wash over the entire premises, paying special attention (of course) to doorknobs and hand-rails. Most cold viruses don’t survive longer than 24 hours outside the body, I understand, but you can’t be too careful. For added safety, you might as well boil or, if you can’t be bothered with that, throw out your entire household’s cups, plates and cutlery.

Remember this: You can’t get a cold if the virus can’t get to you!

2. If you do risk leaving the house for a ride, cycle on your own on a machine that you’re absolutely sure no one else has touched for at least 24 hours.

Once out of doors, don’t talk to anyone, or go anywhere near them or anywhere that anyone else has been for a whole day, at least.

This means no cafés, tearooms, pubs, bike shops and certainly no cycle campaign conferences, unless you’re the only delegate and no one has entered the venue for (yes, you’ve got it now), at least 24 hours.

3. Keep warm, whatever you’re doing and wherever you are.

I suggest this because the NHS says that, if you’re one of those people who carries cold viruses without having symptoms: “Getting chilled causes blood vessels in the nose to constrict, affecting the defences in the nose and making it easier for the virus to replicate.”

You must therefore only go out for your lonesome rides all swaddled up, even if this makes pedalling seriously uncomfortable. 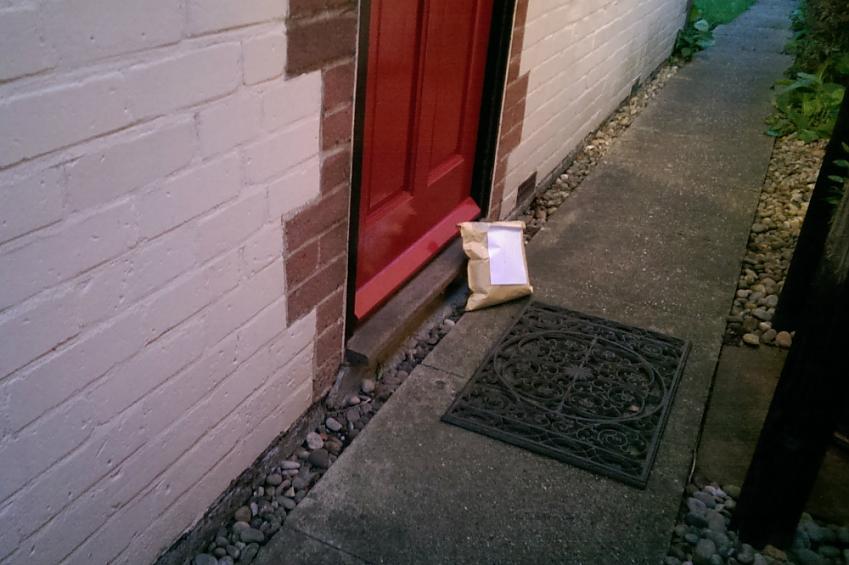 Neck tubes or balaclavas over the nose, I imagine, help – but, if you haven’t got one, DO NOT GO TO THE SHOPS. Instead, buy online well over three weeks in advance, and leave the parcel on the doorstep for at least 24 hours before you bring it inside.

This is because cold viruses like to enter our systems through the eyes and nose, and if you have any ‘infected droplets’ on your hands, they’ll be in there like a shot.

Not wiping your nose on the back of your cycling gloves might go against the grain when you’re out (away from human settlements, as advised) with your nose dripping profusely, as is typically the case for entirely healthy reasons in the winter months.

However, if you forget and give your nose a thorough going over, there’s no need to panic too much as long as you’ve closeted yourself from mankind along the lines suggested above. If so, it is most unlikely that you’ll have any ‘infected droplets’ on your hands to transfer.

Actions 1-4 above probably guarantee that you won’t be relaxing much anyway, but don’t forget what people always say: as soon as they start winding down to enjoy Christmas, that’s when colds pounce.

Finally, The Day itself:

Only allow the world and any carefully selected festive companions back into your life as late as possible on Christmas Eve. Small children won’t mind waiting up to see you again as they’ll be too excited to go to bed anyway.

Should anyone (e.g. a small child – they’re the worst) bring the cold virus in with them and pass it to you, you will, in theory, be OK until Boxing Day.

Warning: You may, perhaps, be tempted to extend your cold avoidance regime by putting on surgical gloves and your new balaclava before you unwrap your presents, just in case a cold bug hops out.

Please note that I strongly advise against this, especially if your exiles have been missing you terribly and bought you all the nice cycling things you’ve asked for.

You really don’t want all your pressies wrapped back up in a big huff and returned to the shops on Boxing Day, do you, particularly if you’ve got a sore throat coming on?

"on average, cycle-commuters take more than one day less sick a year than their colleagues who don’t ride in, we are reliably told."

This links to a campaign briefing about "cycling and the economy" which doesn't itself provide any independent evidence to support this claim, but helpfully provides a link to a "full campaign briefing".

The briefing, see 1.g, says "cycle commuters take one day less sick leave on average each year, saving UK business around £83m" and calls out ref 26. ref 26 refers back to the economy briefing... a circular reference.

this smacks of "it's reliable data because we said so, trust us", which is entirely unconvincing.

It's not that I don't agree, I just wanted to use this as another example of why my employer should support cycling more - but I can't for lack of actual evidence!

Glad to hear that you want to

Glad to hear that you want to encourage your employer to support cycling more, Jon. All the best for that.

The link you mention goes to our health briefing, where you'll find the full reference you're looking for in endnote 40 - see section 2c on the evidence for the health benefits of cycling. (Ref 26 relates to section 1g, which is all about economic impact).

The original finding comes from TNO, one of the largest research institutes in Europe.