Since establishing the group just two years ago, the SCRO, ran entirely by volunteers, has set up a number of health promoting projects including a walking club, football league and a "play program" for young people...

The Somali Community Regeneration Organisation (SCRO) is an independent organisation working to improve the lives of the Somali Community in Glasgow. Since establishing the group just two years ago, the SCRO, ran entirely by volunteers, has set up a number of health promoting projects including a walking club, football league and a 'play program' for young people. They also have internet facilities, a jobs club and offer accommodation support and advice.

Earlier this year, the SCRO applied for Bike Club funding to add a cycling club to their youth play program. consultation with young people in the community found that mountain biking in-particular was something which interest the group but seemed out of reach largely due to economic reasons as well of lack of experience and knowledge of where to go. Bike Club awarded the group funding and support to program two consecutive Go Mountain Bike courses with local providers Alba Adventure and Glasgow Community safety Services. Over a 12 week period, the group visited various mountain bike sites in and around Glasgow, including the 2014 Commonwealth Games mountain bike track at Cathkin Braes. Bike Club also supported the group to apply for additional funding from Cycling Scotland to buy their own fleet of mountain bikes as well as Trail Cycle Leader and Weldtech training for 3 volunteers. The project has grown considerably in the last three months and the waiting list to take part in the next program is already full!

“We are so pleased with the Bike Club...until recently, the young Somali community living in Glasgow had very little chance to experience outdoor activities. The Somali Bike Club aims to address this and organise regular and accessible bike trips outside the city so that the Somali community have equal opportunities to experience rural Scotland and get fit and healthy in the process.”

On Saturday Ahmed organised an awards ceremony for 14 young people and their families who took part in the first Somali Bike Club program. The celebration was to mark their commitment and progress since joining the club and included an amazing feast of traditional Somali food. 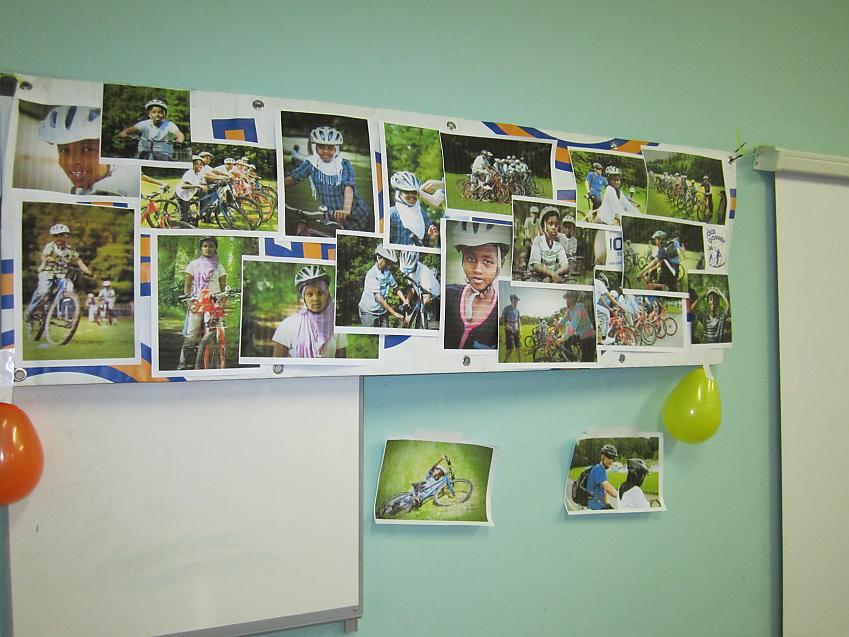 Each member of the club received a well deserved Bike Club Certificate to recognise their commitment to the club. A few extra special prizes were awarded to those who had displayed best conduct, attendance and hard work during the course. I was very honoured to be invited along to say a few words and present the certificates. 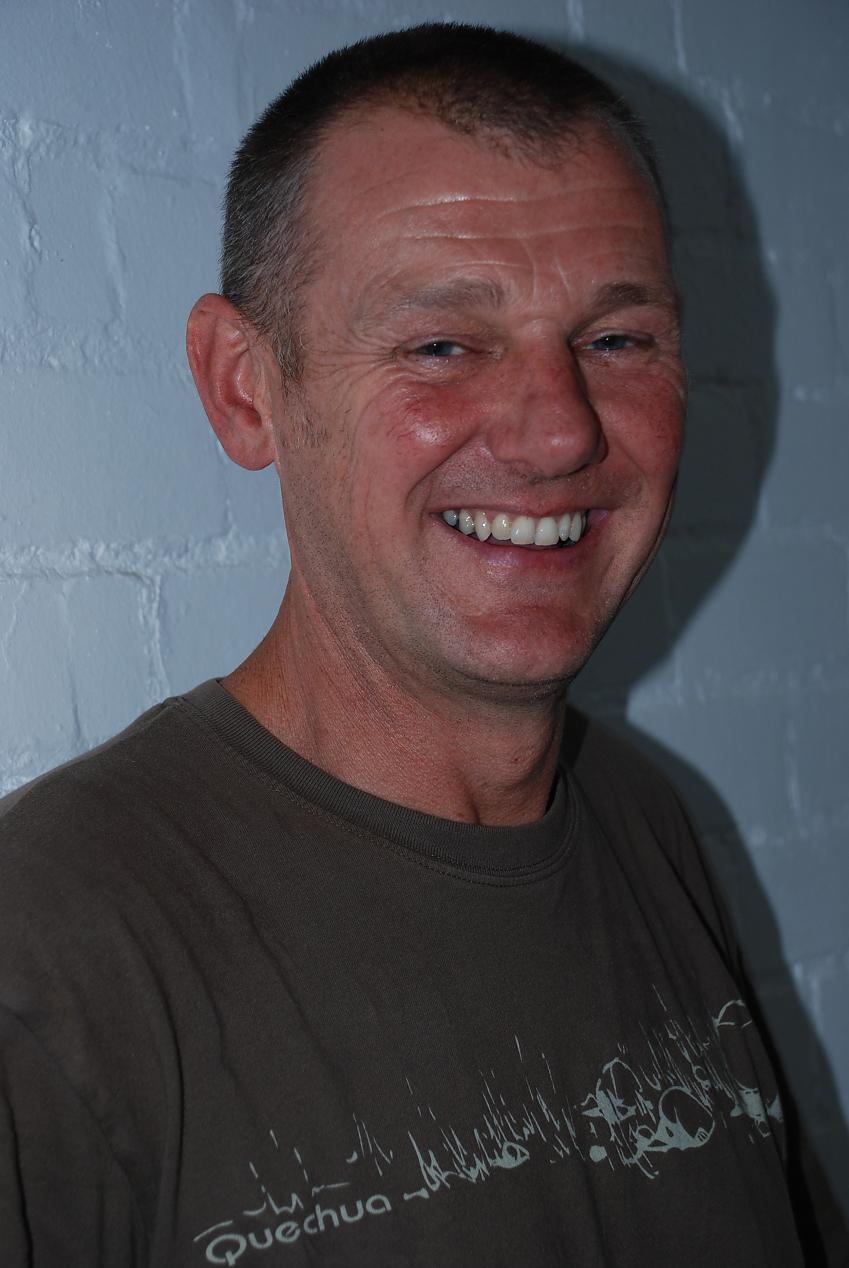 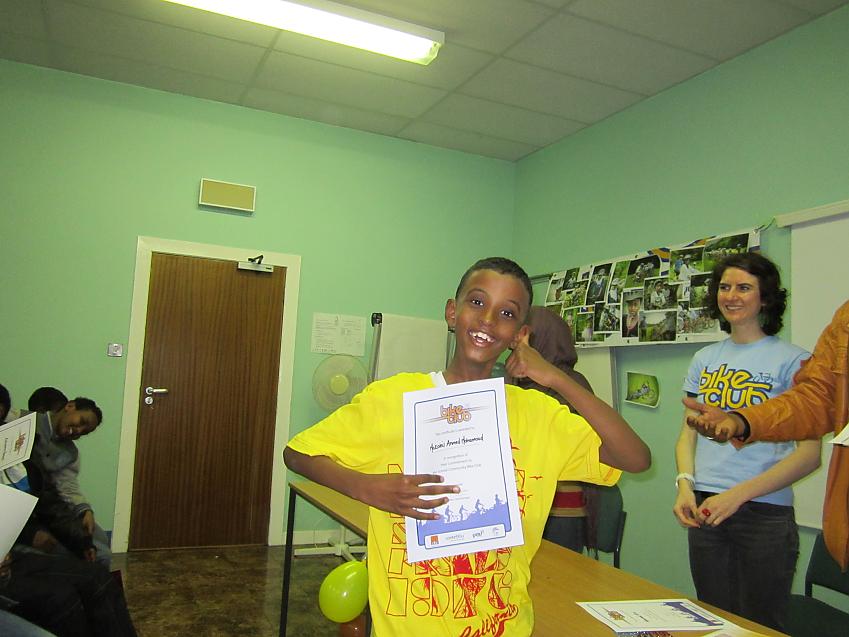 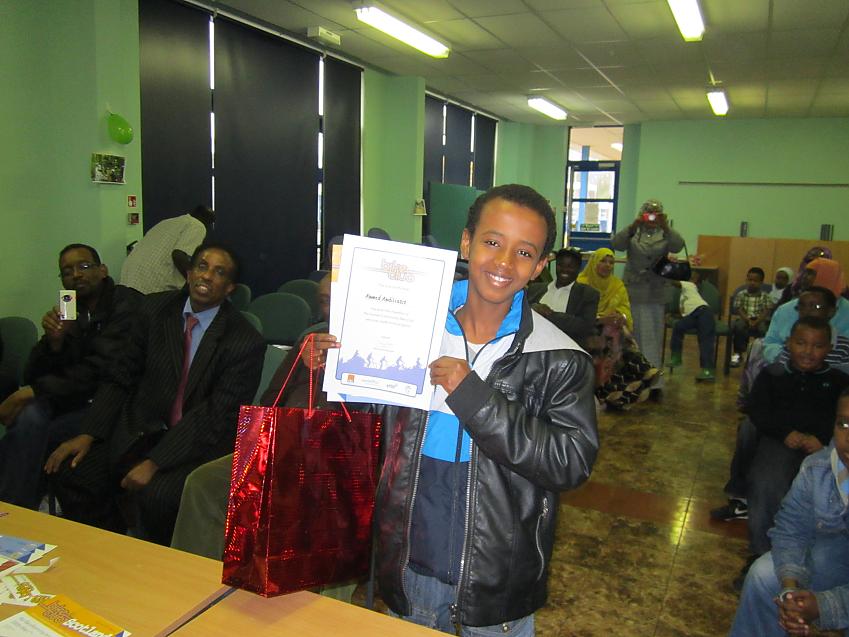 Untill the next project starts the group are running a bike hire scheme to allow young people to continue cycling to school. Cycle Training and Bike maintenance sessions will run throughout the Autumn and Winter to help improve cycle skills. Plans to kick start the second Mountain Bike project are underway and all fingers are crossed for a further grant from the 2014 Commonwealth Communities Fund to add more mountain bikes sessions throughout 2012, allowing even more young Somali people the chance to benefit from this great project. Below is the group with their lovely new bikes. 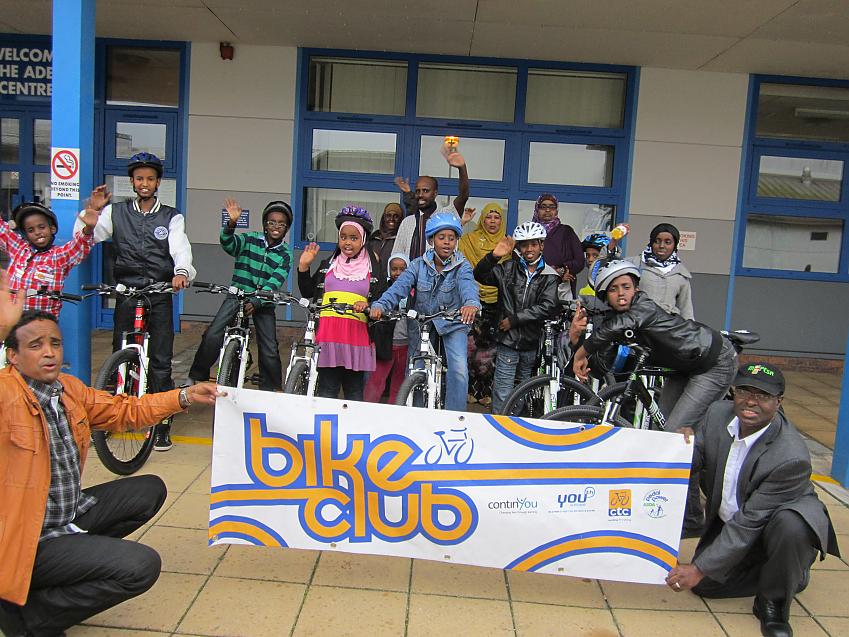