Cycling UK continues to support the UK to cycle
This remains true during this difficult period with the ongoing threat of coronavirus Covid-19
Read our latest advice on cycling
David Duffield on a ride in his beloved home county of Wiltshire
By david.murray
Friday, 26 February 2016

Commentator and former cycling industry exec David Duffield sadly passed away this week, aged 84. David was a staunch supporter of CTC, lending his name and support to our David Duffield challenge rides, which acted as a great fundraiser in support of work to create well designed space for cycling.

The cycling world has lost one of its best loved and unique characters in David ‘Duffers’ Duffield. Many are quite rightly reminiscing about his inimitable TV commentary style, his record-breaking tricycle racing and, as Raleigh Marketing Executive, his organising of the rock band Queen's Bicycle races album shoot. We at CTC were also fortunate to be supported by Duffers in our work.

It wasn't just his encyclopaedic knowledge of the sport and the industry, but his ability to coin a witty phrase or offer up his opinion, that made Duffers such a strong household name. There are too many to choose from (there's a larger selection here), but to give you a flavour of his comedic calibre and opinionated posits:

Duffers took to the task with his customary vigour and gusto unearthing every challenging hill in the area.”

In the mid 2000s, CTC ran some of the UK's earliest sportives with TV’s best loved cycling pundits Phil Liggett and David Duffield lending their names to the popular fundraising events. While Phil was keen to base his ride in the Peak District, the home of many classic editions of the Milk Race for which he was the Race Director, David wanted his ride to celebrate his home countryside and scenic lanes around Box in Wiltshire and Somerset.

Challenge co-ordinator Matt Mallinder recalls: “Duffers took to the task with his customary vigour and gusto unearthing every challenging hill in the area for the hard riders, but also keen to welcome local families and get them on to two wheels to show off the picturesque villages of Lacock and Bradford on Avon.”

David was a loyal rider of Moulton Bikes, so it was a must that his ride should visit Alex Moulton’s workshop and stately home in Bradford on Avon. Although David was desperate to show off Alex’s prized bike collection it was Duffers himself who was the main draw with his engrossing anecdotes. It was hard not to be charmed by his modesty and keenness to engage. Many riders welcomed an extended delay at the tea stop, reluctant to leave for the return ride. 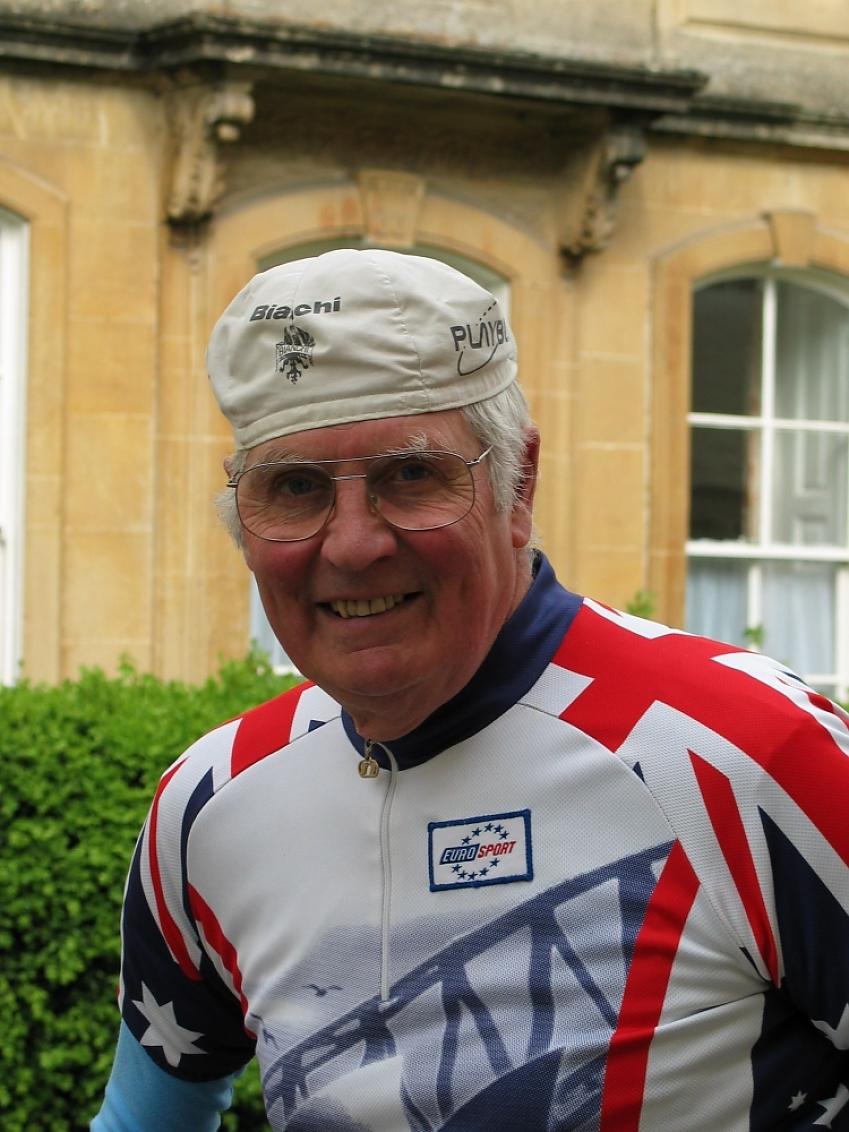